Looking Back and Looking Forward: Happy New Year from AiW

Season’s greetings from the team at Africa in Words! Thanks for your readership and for another year of conversations on writing and culture from the African continent.

As 2017 comes to a close, the blog is moving through some transitions. Among the new recruits, I’ve joined the team as Managing Editor. I’m thrilled to now be ‘behind the scenes’ at AiW, a blog I’ve followed and admired for several years before having this opportunity to roll up my sleeves and actually work on it. The editors and guest contributors here have continuously expanded and enriched my understanding of the breadth and depth of African literatures; I look forward to humbly adding my own voice to that work in the months ahead.

I’m happy to contribute my first piece here in the form of a quick round-up of some of our most-read posts of 2017. Re-reading our 10 most popular pieces based on reader visits was a reminder and a refresher of the quality of dynamic conversations happening on/from the continent, as well as both the urgency of these questions in the current climate and the connections these ideas have to the whole world. In Achille Mbembe and Felwine Sarr’s 2017 publication Écrire l’Afrique-Monde (Writing World-Africa), they argue for a re-centering, a re-integration of the African continent into the critical questions and theorization of the world. Rather than a world apart, or out of time, Africa has always been a part of this same world, and the authors insist that thinkers and creatives treat it as such. Regarding Africa as a separate, special or specialized question is illogical, they argue, simply because ‘il n’y a plus de question africaine ou diasporique qui ne renvoie en même temps à une question planétaire’ (12) (‘there is no longer any African or diasporic question that does not also at the same time refer back to a planetary question’). The authors, texts, and ideas featured in the past year are surely examples of the necessary questions that are of particular interest to creative workers and scholars rooted and/or invested in Africa, but questions that are necessary to the global community as well, precisely because they are originating from or connected to the African continent.

Before we look forward to 2018, we invite you to look back with us on the highlights of 2017. Enjoy.

In 2017 we featured a number of Q&As with authors and others working in literature and publishing. We learned about scholar and novelist Elleke Boehmer’s work breaking down divisions separating the reading and study of literature in the academy and in the general public on her project Postcolonial Writers Make Worlds. Femi Oyebode explained how he connects poetry, medicine and the mind, and Thulani Lupondwana told us about the origins of her Facebook fiction, ‘Diary of a Cheating Husband’. A conversation with Kyomuhendo Ateenyi, co-founder of the Centre for African Cultural Excellence and now director of the Writivism Literary Initiative, made us think about the connections between law and literature and Iman Verjee discussed the importance of her Kenyan identity on the stage of African and World Literatures.

A number of reviews of recent novels also were a big hit with readers: Sana Goyal’s review of Stay With Me by Ayòbámi Adébáyò examines the novel’s intimate look at the dynamics of one marriage, while also placing the book and its author within the context of the international acclaim both received. Carli Coetzee reviewed Lola Akande’s What it Takes, a novel that follows the challenges for its heroine to completing her Ph.D. thesis. Coetzee places the work within the larger context of current discussions of sexual discrimination in higher education, a problem that is not limited to the Nigerian campus setting of Akande’s novel. 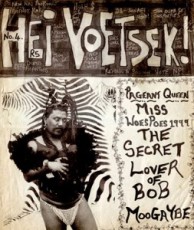 And finally, our contributors drew our attention to current trends and events in literature and history, both on the continent and abroad: Sarah Smit’s contribution to our series on small magazines in Sub-Saharan Africa brought our readers to the Cape Town workshop ‘Small Magazines, Black Archives and Personal Histories’, a great glimpse into the “meeting of the minds” that took place among small publishers and other literary organizers on the challenges and opportunities for small-scale presses. Katarzyna Kubin walked us through the Deutsches Historisches Museum’s exhibit on German colonial history last spring, highlighting the crucial importance of doing the archeology of history in European centers of cultural production. Kubin’s piece reminds us that colonial history is European history, too. And Rashna Batliwala Singh redefined the newest generation of African writers as those who “write back” not to the center of Empire, but to the preceding generations of African writers of colonial and independences decades.

Thanks to all of our readers and contributors, and looking forward to more great conversations on Africa in Words in 2018.

Kristen Stern joined the editorial team at Africa in Words in October 2017. Currently Visiting Assistant Professor in the Department of French & Francophone Studies at Davidson College (North Carolina, USA), she is also at work on a book on contemporary francophone writers from the African continent and the performance of authorship. She regularly presents and publishes on contemporary African literature in French, performance studies, and the sociology of the author. She completed her Ph.D. at Boston University.