African literature and the next generation of writing back

In his now iconic essay “Tradition and the Individual Talent” T. S. Eliot famously says “No poet, no artist of any art, has his complete meaning alone. His significance, his appreciation is the appreciation of his relation to the dead poets and artists.” While T.S. Eliot’s magnum opus, “The Wasteland,” did not invent intertextuality, we can certainly credit this monumental poem with instructing us how to read intertextually in a mindful and conscious manner. To fully grasp and appreciate Eliot’s poem, the reader must be able to track his allusions, an exercise made easier in the age of Google. But the poem is not so much a map as a network. Looking up an allusion will not suffice. The reader must also be able to locate the significance and resonance of that allusion and its relationality to the original.

In the first generation of postcolonial literature such relationality and intertextuality was largely oppositional as when writers such as Chinua Achebe wrote back to the imperial centre. The casual reader of Things Fall Apart might miss the literary-historical significance of Achebe’s seminal first novel, but the critical reader is always aware of the re-visioning that Achebe effects, a re-visioning not only of a text that became the defining text about Africa in countless western classrooms, but of an entire epistemology.

The resonances of Joseph Conrad’s Heart of Darkness echo through Things Fall Apart, but Achebe’s novel does not simply write back to Conrad’s. It goes well beyond Achebe’s stated aim of rescuing an African past from European literary and historiographical constructions. To use Fanon’s term, Achebe “rehabilitates” the past not only by telling an alternate story but through slippage. Umuofia essentially narrates itself, and thus the text consistently subverts western representations, but Umuofia also self-subverts by offering us glimpses of internal resistance, such as Nwoye’s, in addition to external resistance, such as Okonkwo’s, or by allowing us to witness the power of the priestess or even, in the domestic realm, Ekwefi’s strength and efficiency as she plucks, cooks and de-beaks a hen, micro counternarratives to the presumed feebleness of Igbo women.

Writing back to the imperial centre was a remarkable and necessary stage in postcolonial literature. It was a reclamation not only of voice but of narrative autonomy and agency. Writing back cannot be considered passé now that we have a second generation of Anglophone African novelists. It is an important stage in this literary canon, one that it is as vital for students of African literature to understand and appreciate, both historically and epistemically, as it is for students of English literature to understand and appreciate Renaissance drama, for instance.

Of late, however, there has been an interesting and significant turn in this literary mode as the younger generation of African writers write back not to the English canon but to their own canonical writers, specifically of course Chinua Achebe, considered “the grandfather of African literature.” In a 1988 interview with Bill Moyers Achebe indicates how his mode of writing is likely to fall out with the Emperor, who has a different agenda. Achebe himself is now the literary Emperor for the next generation of Igbo and other African writers who both pay him homage in their textual references as well as offer a gentle and respectful corrective, as does Chimamanda Ngozi Adichie in her short story “The Headstrong Historian.”  As Daria Tunca indicates in her essay on the short story (and on Purple Hibiscus), Adichie does not write back so much as write beyond. The most important shift that Adichie effects is in foregrounding issues of gender and awarding narrative authority to a female character. That the short story is meant to talk to (rather than talk back to) Achebe’s seminal first novel is clear from the channeling of character names.

In We Need New Names NoViolet Bulawayo seamlessly inserts the words “When things fall apart” (147) in a moving meditation on forced migration titled “How they left.” The words are used without capitalization, and they are common enough, but the intertextuality with Achebe’s novel is unmistakable. Bulawayo is also writing beyond Achebe rather than back to him. The words extend the historical, geographical and temporal space of Achebe’s Things Fall Apart, bringing it into a neocolonial zone where the prescience of Fanon’s chapter “The Pitfalls of National Consciousness” in The Wretched of the Earth becomes visible. Later in the novel Bulawayo writes:

It reminded me of the stampedes back home when things started to fall apart and the stores were empty, how people would pour out onto the street and run like they were dying, chasing after trucks loaded with mealie-meal, sugar, cooking oil, bread, soap, and just about anything. (219)

By inserting the word “started” Bulawayo inaugurates a paradigmatic historical shift. Things started to fall apart because of the economic and political bankruptcy of the Mugabe regime. This initiates an exodus where the people must flee to strange and faraway lands, the lands of the very people (broadly speaking) who were responsible for the falling apart in Achebe’s novel. 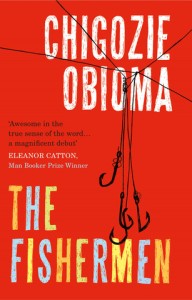 In Chigozie Obioma’s novel The Fishermen the references to Achebe’s novel are direct, not coded. The young narrator tells us that his brother complained that he was not willing to learn from Things Fall Apart and fight against their common enemy. His brother relates the story of the novel, and there are direct references to the plot. As the brothers plan how to kill a madman who has issued a dire prophecy, one of their ideas is termed “The Okonkwo Plan.” Here the tensions and conflicts are confined to the more intimate space of a family, and the outsider who brings them about is also an insider, the town madman. This new generation of African writers continue the tradition of writing back, but this time it is to their own elders, and while their repartee furthers the conversation it is always careful and respectful.

Rashna Batliwala Singh received her B.A. Honours degree from the University of Calcutta, her M.A. from Mount Holyoke College, and her Ph.D. from the University of Massachusetts at Amherst. She is the author of The Imperishable Empire: British Fiction on India and Goodly is Our Heritage: Children’s Literature, Empire, and the Certitude of Character. She has published book chapters on Kipling; Achebe and Conrad; and on the search for an Asian African Imaginary, as well as many scholarly articles on British colonial and Anglophone postcolonial literatures. She is currently a Visiting Professor of English and Race and Ethnic Studies at Colorado College.