With only days left before the winner of the 2016 Caine Prize for African Writing is announced on 4th July, the five short-listed writers have been on a whirlwind circuit of public events throughout London, from a panel discussion at the Piccadilly Waterstones to a “relaxed evening” at the Royal Overseas Offices and appearances at the Africa Writes festival. The first of these events took place at the School of Oriental and African Studies (SOAS) on 28 June, 2016. The event was a friendly yet rigorous conversation between the authors chaired by Dr. Gus Casely-Hayford, a cultural historian and curator broadly known for his “Lost Kingdoms of Africa” series on the BBC and currently a Research Associate at the Centre of African Studies (SOAS).

As often happens in the Caine Prize selection, this year’s finalists represent a broad spectrum of backgrounds and life experiences. Among them are both new voices and more established writers. The selected stories present an equally diverse array of prose styles and thematic interests. During the event each author read from their work and reflected on their writing.

Abdul Adan (Somalia/Kenya, The Lifebloom Gift) described how the world of “Lifebloomers” in his story was inspired by his interest in how touch plays a role in intimacy, and particularly its often controversial, ambiguous and culturally conditional role in friendships between men. (Read AiW’s review of Adan’s story here.)

Lesley Nneka Arimah (Nigeria, What it Means When a Man Falls From the Sky), spoke about the importance of the Caine prize, not only for the financial support it offers, but also because it creates a space of belonging for African writers. Offering herself as an example, Arimah explained that although Minneapolis, where she currently resides, is far from “the African experience,” her writing has always been close to Africa. Associating her writing with the Caine Prize further marks it as African despite the location out of which she works. (Read AiW’s review of Arimah’s story here.)

Tope Folarin (Nigeria, Genesis) explained that his short story explores ideas of love, identity and culture, which are consistent themes in his work due to his personal experience as a second generation Nigerian, born in the USA to parents who migrated from Nigeria. A winner of the 2013 Caine Prize, he spoke about how important that distinction was for his career, drawing attention to his writing both for its merit as a craft and its positioning as “African.” He stressed that the perspectives of Africans living in diasporas outside of the continent are an important part of the contemporary African experience. (Read AiW’s review of Folarin’s story here.)

Bongani Kona (Zimbabwe, At Your Requiem) spoke about how his story emerged out of an effort to come to terms with the fragility of narrative. He explained that fictional writing in particular allows him to address topics that he has found difficult to broach through his journalistic writing; it affords ways of articulating the unspeakable, such as trauma or sexual assault, both of which are central themes in his story. He also spoke about the importance of a writing community, which he particularly values in South Africa, a country where he has spent some ten years since relocating from his native Zimbabwe. (Read AiW’s review of Kona’s story here.)

Lidudumalingani (South Africa, Memories We Lost) addressed the importance of having different means of expression – photography, film, writing – and that those different mediums complement each other rather than compete in his creative production. Although writing does not come easily to him, some topics are possible to address only through writing. Lidudumalingani’s story came out of an effort to articulate the problems he perceived in how mental illness was talked about in his family and in his village of Zikhovane, in the Eastern Cape province of South Africa. (Read AiW’s review of Lidudumalingani’s story here.)

The question and answer session that followed the authors’ individual reflections drew a range of comments, praises and critiques. Particularly prominent was the question of African writing on the publishing market. Of concern was access to information about new writers and texts, but also access to physical copies of works (i.e. lack of shops, high prices of books). The role of digital spaces for African writing was also discussed. Particularly relevant were examples of on-line publishing experience from Kona, a contributing editor of Chimurenga, a pan-African publication of writing, art and politics, and Adan, a founding member of the Nairobi-based pan-African writers’ collective, Jalada. 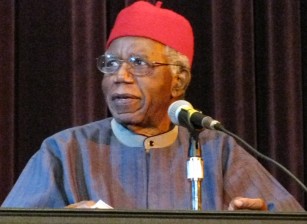 Another key issue was to what extent “African writing” is representative of diverse “African experiences.” Folarin noted that publishers often have preconceived notions about “African writing.” For example, in the United States, “African writing” is perceived within a frame of reference practically limited to two authors: Chimamanda Ngozi Adichie and Chinua Achebe. Both writers, however praiseworthy, cannot be considered representative of African writing in general. On the topic of a diversity of African experiences, Arimah (in response to a comment that the setting of African fiction is rarely rural even though rural life is a reality for over half the continent’s population) noted that authors who write about the rural context may not break through to the international publishing scene for various reasons (e.g. their topics are not considered relevant for an international audience, language barriers, etc.). She called on publishers to develop a more nuanced understanding of “blackness,” which would engage with the diversity of African experiences.

The conversation ended with a reflection by the authors on what challenges confront the Caine Prize in the future, including how to expand the prize to authors writing 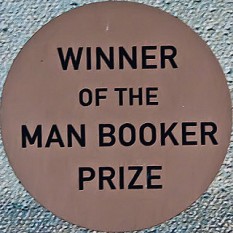 in other languages than English, how to include voices from more diverse backgrounds (e.g. rural areas, diverse religious backgrounds), how to extend the prize to non-fiction writing, and whether the prize should be primarily for new authors or for best writing. On the latter question, the finalists overwhelmingly emphasized the need for a prize, comparable to the Booker Prize and others, which honors the best writing by authors associated with Africa, regardless of their writing experience or publication record. This confirmation of the value of the Caine Prize was a most apt and powerful conclusion – the evening’s conversation had indeed transfigured into a precious space for African writing and reflection about African experience(s).

Original link to the event: https://www.soas.ac.uk/cas/events/28jun2016-an-evening-in-conversation-with-the-2016-caine-prize-shortlisted-authors.html

More about the SOAS centenary celebrations and events: https://www.soas.ac.uk/centenary/

Katarzyna Kubin is a PhD candidate at the School of Oriental and African Studies (SOAS), University of London, based in the Center for Cultural, Literary and Postcolonial Studies (CCLPS). Her research explores how affect manifests in selected postcolonial texts with the aim of critically engaging with issues relevant to postcolonial theory, such as, the victim/oppressor binary, identity, representation, and authorial ethics. She completed her MA Degree at the University of Sussex (School of English, 2013), where she wrote her thesis on Zoë Wicomb’s novel, David’s Story. She received her BA Degree from the University of Pennsylvania, USA (2003). Her current research interests span postcolonial theory, African studies, affect theory, ethics, and cultural studies. She is also co-founder and current Executive Board Member of the Foundation for Social Diversity (FSD), a non-government organization based in Warsaw, Poland, that deals with issues of migration, equality and social diversity.