Home › Caine Prize › 2016 Caine Prize Shortlist: Review of Lesley Nneka Arimah’s “What It Means When a Man Falls from the Sky.”

2016 Caine Prize Shortlist: Review of Lesley Nneka Arimah’s “What It Means When a Man Falls from the Sky.” 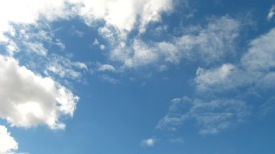 It’s Caine Prize season again! Before the judges’ announcement on 4th July, we’re taking a look at each of the shortlisted stories. This week, Beverley Nambozo Nsengiyunva reviews Lesley Nneka Arimah’s “What It Means When a Man Falls from the Sky.”

The opening line is so captivating: “It means 24-hour news coverage.” This line responds to the equally bizarre title, which introduces a conflict revolving around the story’s eccentric protagonist, Nneoma. At the start of the story, Nneoma watches a woman named Martina Furcal defend her grandfather’s, Francisco’s genius on TV. Who is Fransisco Furcal and why is his formula at the centre of a 24-hour news story about a man falling from the sky? 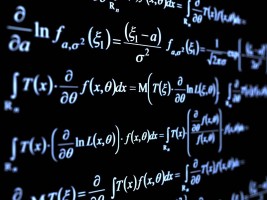 Fransisco Furcal is the originator of Furcal’s mathematical formula, which has the ability, once applied, to subtract emotions of grief from people. His granddaughter defends the application of this unusual equation by stating that maths is absolute and constant, and that any blame is upon those who miscalculate it. The man who fell fifty feet to the ground had, apparently, miscalculated the equation for flight.

When Nneoma is fourteen years old, her maths teacher introduces Furcal’s formula to her. To the rest of Nneoma’s class, it looks like an impenetrable string of symbols, but to Nneoma, it unlocks something in her – an awakening. She becomes one of the 2,400 mathematicians worldwide who calculate and subtract grief from humans. This formula is not without its own problems: apart from people using it and miscalculating equations of flight, there are a few other questionable factors. For example, in one scene in the story, Nneoma is invited to speak at a school. During the question session, however, one student points out the wrongness of the formula, stating that the experience of grief is human and should not be removed. This possibility of subtracting grief is one of the most intriguing elements of Arimah’s story, prompting reflection on the value of human emotions. 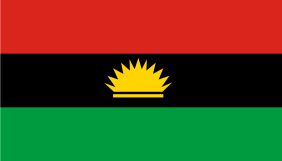 The Biafra-Britannia Alliance, where Nneoma lives, offers another creative subplot. This alliance was created when floods began swallowing the British Isles, spurring the British to seek refuge in Biafra. After arriving in Biafra, however, the British threaten the Biafran Government with biological weapons. This then leads to both governments settling for a Biafra-Britannia Alliance, sharing power between them. In this way, Arimah explores an alternative to present-day geopolitics and imagines two countries united in the wake of ecological devastation. Set about thirty years into the future, “What It Means When a Man Falls from the Sky” is a page-turner with unexpected twists and plots, all of which make for an excellent read.

Lesley Arimah has a vivid imagination and writes with the alacrity of a gifted story-teller. She is to be congratulated on making it to the 2016 Caine Prize shortlist.

Beverley Nambozo Nsengiyunva is from Uganda and is a public speaking trainer, poet, editor, actress, leadership trainer, events manager, children’s facilitator, a long-distance swimmer and founder of the Babishai Niwe Poetry Foundation. She holds a Distinction in Creative Writing from Lancaster University, which she received in 2012. Her creative works have appeared in Wasafiri, The Kalahari Review, Prairie Schooner, Drumvoices Revue, Kwani?, Lawino and others. Beverley was Uganda’s 2014 BBC Commonwealth Games poet. Her desire is to travel to every country in the world before she turns 70.

Lesley Nneka Arimah is a Nigerian writer living in Minneapolis. Her work has appeared in Harper’s Magazine, The New Yorker, and elsewhere. She is presently working on a collection of short stories, to be published by Riverhead Books in 2017.