2016 Caine Prize Shortlist: Review of Bongani Kona’s “At Your Requiem.”

It’s Caine Prize season again! Before the judges’ announcement on 4th July, we’re taking a look at each of the shortlisted stories. This week, Beverley Nambozo Nsengiyunva reviews Bongani Kona’s “At Your Requiem.”

Bongani Kona’s story, “At Your Requiem,” is one of the most heart-wrenching stories of friendship and child abuse that you’ll ever read. The shortest story of the entire Caine prize shortlist, Bongani is a storyteller who weaves reality into words. How does one keep a straight face upon reading of a deep friendship tortured and torn apart by a mother’s acts of sexual child abuse? 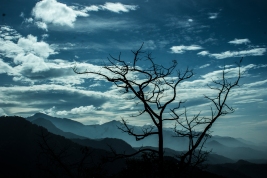 The storyteller, Christopher, takes us back through the tumultuous lives of two best friends, born only two months apart, so they may as well have been twins since people could hardly tell them apart.

Christopher and Abraham were two peas in a pod. When Christopher’s mother died, Abraham’s mother took him in, a very disturbed woman whose philandering husband had left her. This aggravated her loneliness and heightened her sense of insecurity, leading to years of constant sexual abuse of Christopher, her son’s best friend. Abraham, on finding out about this disturbing relationship, spiraled into substance and alcohol abuse, seeking occasional institutional support. The rift between these two best friends worsened as Abraham’s mother continued to sexually abuse Christopher. Abraham likened the abuse to being unworthy of his own mother’s love.

This triangle of friendship, sexual abuse, and hatred was well woven in the story, raising issues of childhood innocence, adult manipulation, and emotional turmoil. Each of the characters had been seriously affected by emotional trauma: Abraham’s mother was married to, and then abandoned by, a physically abusive and philandering husband; Abraham witnessed his best friend and his own mother having sexual relations and sunk into substance abuse; Christopher lost his mother at a young age and was sexually abused for years by his best friend’s mother. Each was yearning for love and companionship.

The flashback reveals a turbulent life for Christopher who experienced three vital deaths in his life. The first was his mother’s death when he was a child, followed by Abraham’s mother who was institutionalized at the time. Christopher saw her gasp and breathe her last, the years of abuse slipping to a final end. The worst of the three was Abraham’s suicide on a jacaranda tree, hanging by a nylon rope.

At his friend’s requiem service, Christopher can hardly hold it together, seeking comfort in only flashbacks and what-ifs.

This is such a compelling, heartbreaking, and melancholic story that will not leave a reader the same.

Beverley Nambozo Nsengiyunva is from Uganda and is a public speaking trainer, poet, editor, actress, leadership trainer, events manager, children’s facilitator, a long-distance swimmer and founder of the Babishai Niwe Poetry Foundation. She holds a Distinction in Creative Writing from Lancaster University, which she received in 2012. Her creative works have appeared in Wasafiri, The Kalahari Review, Prairie Schooner, Drumvoices Revue, Kwani?, Lawino and others. Beverley was Uganda’s 2014 BBC Commonwealth Games poet. Her desire is to travel to every country in the world before she turns 70.

Bongani Kona‘s work has appeared in Mail & Guardian, Rolling Stone (South Africa), Sunday Times and elsewhere. He is also a contributing editor to Chimurenga, a pan-African publication of culture, arts and politics, and is pursing a master’s degree in creative writing at the University of Cape Town.