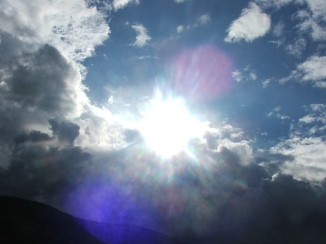 Tope Folarin takes us to dizzying spiritual and emotional heights, telling his story through an impressionable child whose family life is so tangled, it’s no wonder that he often seeks solace in hopes of a heavenly afterlife.

The narrator begins by describing an old lady whom he meets on his way to kindergarten. The woman informs him that it will be his privilege to serve her in heaven, an idea which at first seems appealing to him. This interaction opens up the various ways in which racism is tackled in the story. At school, the narrator’s principle looks at him as if he is “something scary and unknown.” A white classmate tries to rub off the brown from his skin. These are a few of the first times the narrator experiences racial discrimination, losing some of his childhood innocence in the process.

When it comes to storytelling, Folarin’s plot is so gripping and his characters so believable

that it’s impossible not to feel compassionate towards them. “Genesis” is a story about a Nigerian family that moves to Utah’s red desert in 1979, with the hope of starting a new life. The narrator’s parents’ dreams never materialize, however. After the birth of their two sons, the couple slips into poverty, and the narrator’s mother becomes seriously mentally ill, engaging in violent brawls with her husband. Her young sons are left frightened and confused. It is here that the narrator’s childhood innocence is further degraded. Because of the violence, he and his brother move with their mother to a shelter where they do not see their father for several months.

It’s extremely depressing to witness the tearing apart of the family in Folarin’s story and, worse, to see the mother’s sadistic behavior towards her son, whom she abuses. When the narrator attempts to respond in an adult-like fashion by keeping silent about his beatings, Folarin’s readers are reminded of the gravity of domestic violence and of its permanent scars.

At the people’s court, when asked whom they’d rather live with, the boys choose their father over their mother, who finally moves back to Nigeria. The biblical book of “Genesis” recounts new beginnings, which is partly what the story is about: the narrator’s start at school is his first fresh beginning, followed by his move to the shelter and eventually his new life with his father and brother. At the end of the story, the narrator realizes via a memory of his mother that heaven is in fact a place of equality, and that it is only God who should be served. This is a suitable end to a harrowing childhood, offering an image of hope amidst tragedy.

Beverley Nambozo Nsengiyunva is from Uganda and is a public-speaking trainer, poet, editor, actress, leadership trainer, events manager, children’s facilitator, a long-distance swimmer and founder of the Babishai Niwe Poetry Foundation. She holds a Distinction in Creative Writing from Lancaster University, received in 2012. Her creative works have appeared in Wasafiri, The Kalahari Review, Prairie Schooner, Drumvoices Revue, Kwani?, Lawino and others. Beverley was Uganda’s 2014 BBC Commonwealth Games poet. Her desire is to travel to every country in the world before she turns 70.

Tope Folarin is a Nigerian-American writer who lives in Washington, DC. He won the Caine Prize for African Writing in 2013 and was named one of the most promising African writers under 39 by Africa39 in 2014. “Genesis” is available online here.