Q&A: Words on the Times – M Lynx Qualey for ArabLit

AiW note: ArabLit describe themselves as a translator-centered “loose collective” that produce a website, quarterly magazine (ArabLit Quarterly), and a limited book series (ALQ Books) focused on Arabic literatures in translation. They also run an annual ArabLit Story Prize, an award for the best short stories, in any genre, newly translated from Arabic into English.

Beginning as a blog in 2009, the ArabLit website is a lively and generous hub that brings together readers, authors, publishers, critics, students and academics.

ArabLit has gone on to win a 2017 Literary Translation Initiative Award at the London Book Fair; they launched their flagship ArabLit Quarterly magazine in 2018; in 2020, ALQ Books announced the first limited-edition text, a collected translation of short stories by Samira Azzam, translated by Ranya Abdel Rahman, with an introduction by Adania Shibli and foreword by Joseph Farag. They have no institutional base, and undertake their range of literary initiatives largely through crowd-funding, with some advertising support for the magazine.

We were able to catch up with ArabLit founder M Lynx Qualey for a Words on the Times, an AiW Q&A subset initiated as the pandemic lockdowns began to set in last year and our creative communities entered various #Covoids.

As well as developing and working with ArabLit, M Lynx Qualey is a book critic, reader, ghostwriter & editor and co-host of the BULAQ (@bulaqbooks) podcast. Her responses offer an insight into the world of translation and how the pandemic has affected their collective in terms of publishing, distribution, and the new era of digital literary events. Outlining the need for community-building in these times, this Words on the Times emphasises a necessity for cross-cultural collaboration and the sharing of ideas in the literary sphere, between those who work in Arabic and writers who work in other languages across Africa…

Words on the Times with M Lynx Qualey for ArabLit 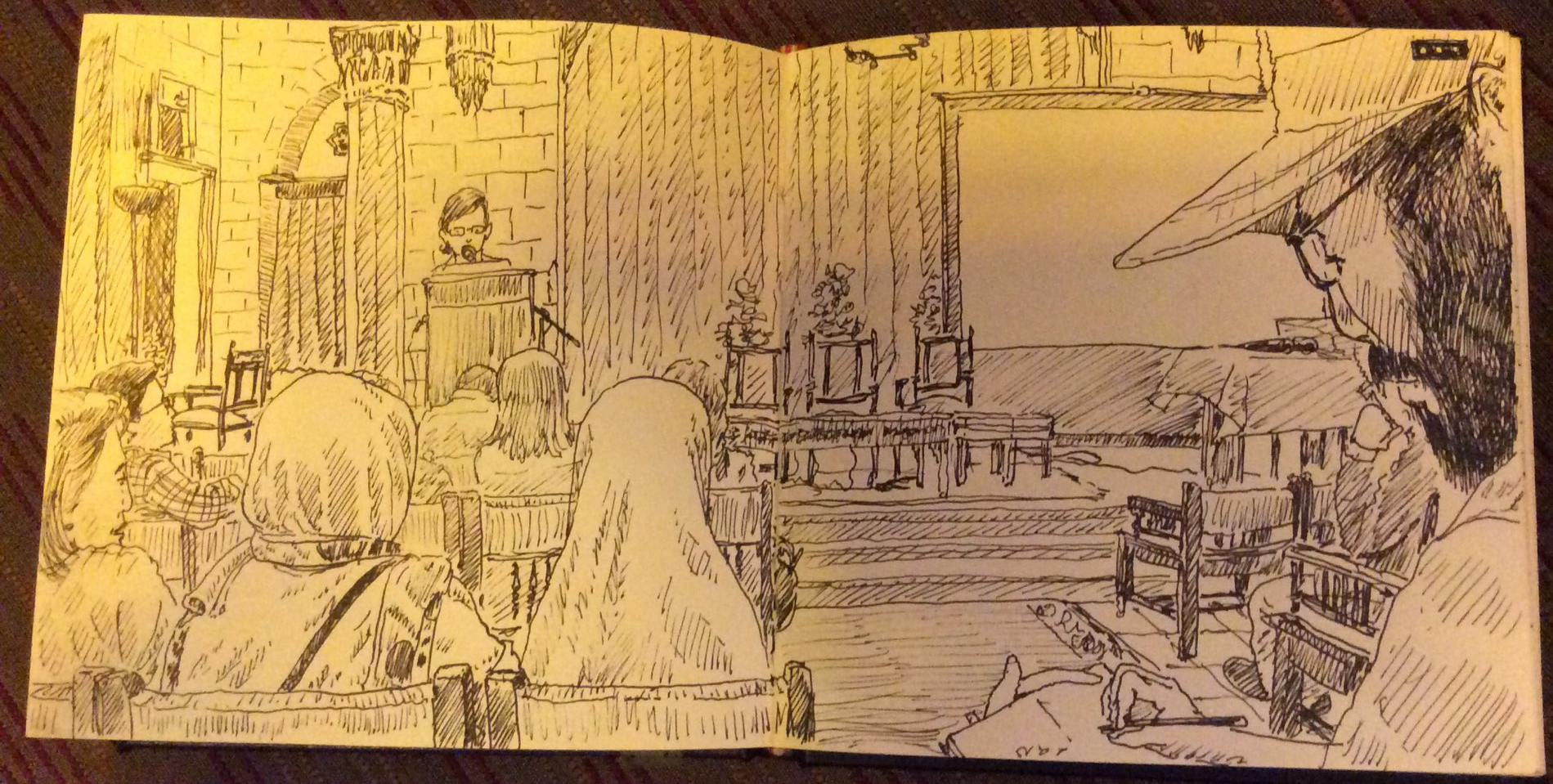 AiW: Could you tell us a bit about your work and the ways that the pandemic affected your plans?

M Lynx Qualey: ArabLit is a loose collective made up of writers, translators, writer-translators, translator-librarians, writer-translator-academics, and others interested in literature and translation. Our main focus is Arabic literatures and translation, and to that end we publish translations, news, reviews, interviews, submission help, a literary prize, curriculum suggestions, and…well, it’s something of a hodge-podge, based on people’s interests and availability, although our new managing editor, Wiam El-Tamami, is helping us think through a clearer vision. A quarterly magazine (ArabLit Quarterly) and a nano-publishing project (ALQ Books) have also grown out of the website.

The pandemic has affected us in a number of ways. Distribution of literature outside of North America/Europe is an endless challenge. We used to distribute the magazine by sending it with people flying to different locations, and they hand-carried it to bookshops. People have flown a lot less in the last year, so we’re looking into more co-publishing arrangements. Also, it’s just been harder to get books. Book fairs are an important distribution mechanism for Arabic literature, and most fairs have not been able to operate as usual.

On the positive side, space has opened up for a lot more digital events. Along with Sawad Hussain, we’re helping organize BILA HUDOOD: Arabic Literature Everywhere, a three-day literary festival coming in July. We’d never have been able to get the funds for an in-person literary festival, but a relatively modest 3500 pound grant will be enough to help us get a digital festival off the ground. 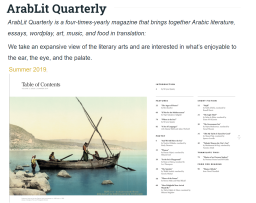 How are things on the ground with you and in what ways are you working now that you weren’t before? 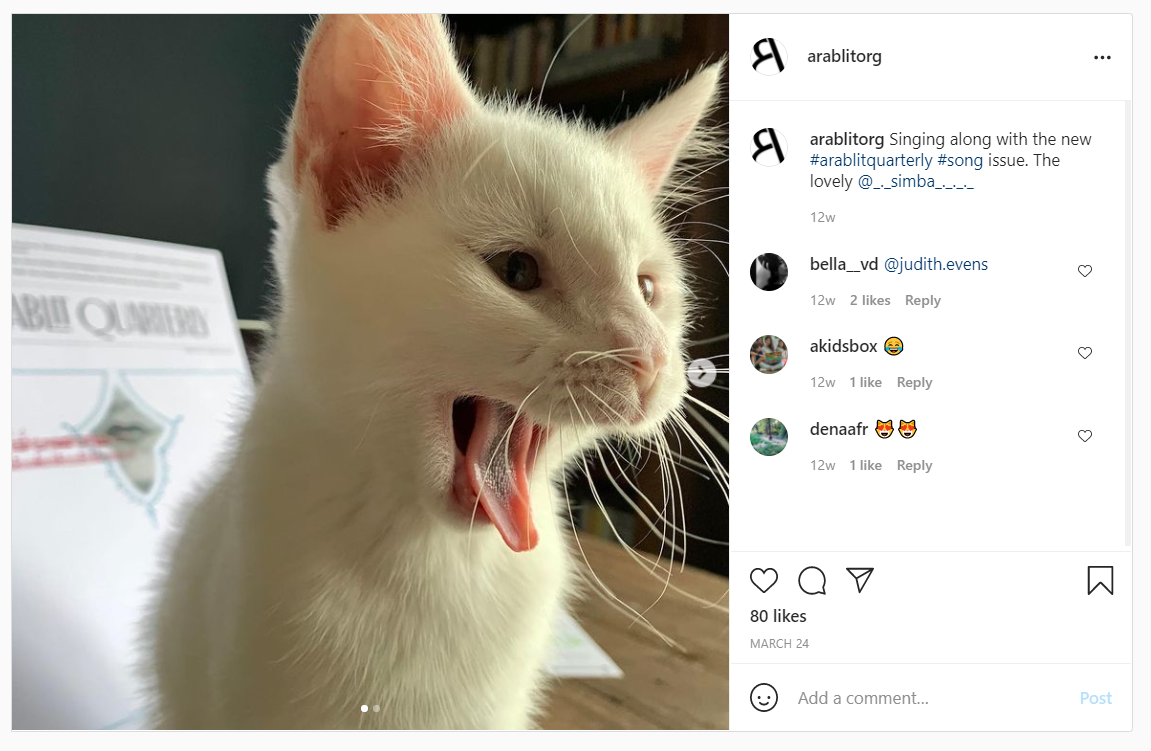 Frankly, a bit lonely! We’re mostly a network of freelancers, and attending literary festivals and book fairs is a key way of getting to hear from writers, publishers, translators, agents, and the other people who make this life worthwhile. For myself, I particularly miss children’s-book authors, illustrators, and publishers. It’s hard to figure out what’s going on without being able to browse stalls, pick up books, flip through them.  But again, on the positive side, we’ve definitely been involved in a lot more digital events, and we’ve been able to build community in different ways.

What have you found most supportive and/or heart lifting in this time?

How can our blog communities support you?

If you would like to participate in any way with ArabLit, please email info@arablit.org.

Skim through our Table of Contents below, and then get your issue https://t.co/nZbMn1hmLR pic.twitter.com/5NDko3ng9d

Categories: Words on the Times

We have a special combination post on the site now: a Words on the Times with Paige Nick (@amillionmilesfromnormal) – founder of the book club The Good Book Appreciation Society, and of the GBAS Book Cover Design Awards; and a call for entries for the for the awards📚
Sanya Osha's piece on the great innovator, Nigerian dramatist Ola Rotimi, "The Revival of a Humanist", is up on the blog now
Up on the blog today - Victor Zuze, @TyphusBars, reviews Akosua Zimba Afiriyie-Hwedie's chapbook 'Born in a Second Language', bringing out its searching beauty & the ‘storytelling prowess’ of @afrokanomics' poetry in
Anthony Molosi, @anthony_molosi (Botswana) gives us our 4th #wordsonthetimes mini-series Q&A collab w. the 25th @poetryafrica festival, ahead of his appearance in today’s session 'Unmute: Power to the Poet'.
3rd in our #wordsonthetimes mini-series Q&A collab w. the 25th @poetryafrica festival, we hear from Ukrainian writer & poet Andriy Lyubka, @andrijlyubka, ahead of his appearance in tomorrow’s 'Unmute: Power to the Poet' event at the festival, that takes its energies from the overall festival theme.
Next up in Q&A collab w. the 25th @poetryafrica festival & our #wordsonthetimes mini-series, a Q&A set we started in 2020 to connect up our creative communities through our various experiences of #Covoids.