A few years ago, I started to feel like I was learning everything I knew from YouTube. It was exciting to find a free archive with endless live recordings from concerts, artists’ interviews, hair tutorials, and academic panels. Watching videos never replaced my love for literature but it did change how I read it. When I first spoke to Serah Kasembeli in Kampala, YouTube came up immediately. It was exciting to speak with someone who not only lived on the site but also understood it as being at the centre of shifting how we engage African literature.

Serah Kasembeli has a PhD in English Studies from Stellenbosch University. She reads the concepts of the archive, memory, trauma, haunting and spectrality in post-apartheid literature and is interested in Indian Ocean Studies, Indian Ocean slavery, historical erasure and invisibility. However, moving in a new direction, Kasembeli’s work at the AMLA (Arts Management and Literary Activism) Academic Writing Workshop focused on videos of student protests in South Africa including public protests, debates, demonstrations, panels, overnight vigils, and occupations that had been uploaded on YouTube. She engaged with student ‘disruptions’ of public conversations as aesthetic interventions and read these videos as literary texts. Many of us who were at the AMLA workshops were thinking about the concept of ‘literary activism’ in relation to prizes, magazines, and the publishing infrastructure for African literature, but Kasembeli asked how reading student activism challenged what we define as literature.

I spoke with Kasembeli about her approaches to student activism, her experiences at the AMLA Academic Writing Workshop and her process of allowing unexpected experiences to guide her scholarly work.

Tadiwa Madenga: So, let’s start with your essay.  Where did the idea come from, and how much were you able to develop it before the AMLA Academic Writing Workshop? 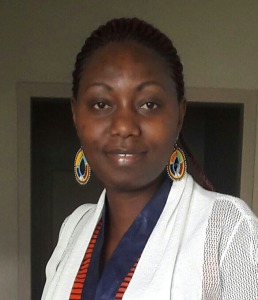 Serah Kasembeli: My essay came out of my experience as a graduate student at Stellenbosch University in South Africa. Student protests erupted the same year I started graduate school, and the two initial years of my graduate school would be pronounced in student protests across South Africa. I attended most of those student protest meetings, the public conversations, and panel discussions. Witnessing first-hand the students’ agitation over what they experienced as racist, colonial and oppressive excited my interests around the issues of trauma, memory, the repressed archive of slavery, colonization and apartheid.

At this time, I was in the earlier stages of my PhD research (‘The Ghost of Memory: Literary Representations of Slavery in Post-Apartheid South Africa’) and was immersed in conceptualizing decolonization, erasure, and invisibility of violent and traumatic histories. The protests became my lived experience during these formative years in graduate school and began to resonate in various ways with my research. Precisely what the student protest presented was visible to me.  However, I questioned how I was going to conceptualize and incorporate my lived experience with the student protests into my PhD research that had a different set of data altogether.

I therefore could not wait to complete my PhD and examine the manifestation of the continuities of slavery, colonization and apartheid in these student protest movements. I had these remote thoughts, and struggled with what to present for the AMLA workshop, but when the eureka moment finally dawned, I knew this was the time to put my fingers and keyboard to work.

How did your experience as a foreign graduate student in South Africa shape the way you engaged with student protests?

Coming from a university where voices of dissent were lethal and could determine one’s completion of postgraduate studies, I admired the students’ agitation for their cause. I was, however, intrigued by the mixed reactions of many black foreign students who were in a state of bewilderment –  some shock, some distaste, and some admiration. As a foreign black student in South Africa, the culture shock was real, all the way from the food to the style of dress to understanding subtle forms of racism. These cultural nuances and narratives were some of the experiences that I had to negotiate in my approach to the student protests.

During the AMLA workshops and in particular through Bwesigye bwa Mwesigire’s keynote, there was an emphasis on ‘literary activism’ as a form of activism relating or contributing to African literary production either through the work of literary producers themselves or through academic scholarship. When I read your work, it took a different approach to activism by thinking about how movements like RMF are not just activist movements, but aesthetic movements that challenge and contribute to how we approach literary criticism. How do you engage with the concept of ‘literary activism’ in your essay and your broader work?

The student movements were activist in nature. I was intrigued by the possibility of using their activist force in what came to be recorded in social media, particularly YouTube, to read and explore what it would mean to expand a traditional literary canon stuck in written texts. I therefore conceptualized how these YouTube clips can be read as literary texts.

How far along were you with the article before you applied to the AMLA Academic Writing Workshop?

I knew I wanted to conceptualize my work around these student movements. I had started thinking about the Rhodes Must Fall Movement and decolonization during my fellowship in the US at Northwestern University. During a workshop there, I shared my thoughts on the movement. When the call for the AMLA workshop came, I started my draft with literary activism in mind. This is my first draft which was written in two weeks.

Outside of your academic interests, what do you enjoy watching on YouTube?

It was an unspoken practice to watch one or two YouTube clips in our graduate reading rooms and the library graduate research commons at Stellenbosch when one got tired.  In other cases, one would do so to go out, to try to get a mental break and then go back to your work. I watched stand-up comedy, music clips, political discourses, sermons and of course academic podcasts.

In some interesting cases, the break ended up too long because the truth was, one was already too tired and the brain needed a break. In other cases, one of the viewers in the seven-seater study room would be too awed by the clip they were watching to the point of sharing their thoughts with the others. Of course, in a room of young graduate minds, this kind of sharing would elicit elongated discussions that would demand us to watch that ‘borrowed clip’. YouTube was the reminder of the reality that I was out of touch with: gender oppression perspectives in domestic violence, street/lay uncritical misconceptions, or politics back home that enriched my research work.

What was it like engaging with the other early career academics and literary producers at the workshop? Is there a project you found particularly interesting?

I was glad to establish contact and have conversations with early careers academics and creative writers. I was most excited about the theme of the workshop – ‘literary activism’ – and the possibility of breaking away from traditional approaches to literature. I was glad to engage with the ideas of other young scholars, and to find ‘new’ or ‘different’ ways of looking at things.

I thought Makau Kitata’s (University of Nairobi) work was particularly interesting because he was trying to figure out how to think about the dynamic of a generational transition around teaching with his physical texts while his students had online texts. His examination of the shift to the digital and what would become of physical literary texts was intriguing, especially for someone coming from a colonial-oriented university where it is possible for a lecturer to command students to drop their phones. 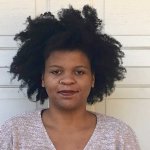 Tadiwa Madenga is a PhD student in the African and African American Studies department at Harvard University with a primary field in English.  She worked as Assistant Producer for the 2018 AMLA academic writing and fellows workshops.

The AMLA Academic Writing Workshop brought together 15 early career researchers of African Literary and Cultural Studies in Kampala between 15 and 18 August 2018. It ran alongside the annual AMLA Fellowship for literary producers and ahead of the 2018 Writivism Festival. Funded by the British Academy, the workshop was designed and organised as a part of a collaboration between the Arts Managers and Literary Activists (AMLA) Network, the journal Eastern African Literary and Cultural Studies (EALCS), University of Exeter and University of Bristol.

This is the second in a series of interviews coming out of the workshop.  Read the first: Q&A: Tinashe Mushakavanhu on Reading Zimbabwe from Kampala

For all ‘elefriends’ - travel into the new semester with Dan Wylie’s book Death and Compassion: The Elephant in South African Literature @witspress 🐘🐘 . . . #Academia #SouthernAfrica #AiWPicks #bookstagram #AirportReading #AiWReads #AfricanLiterature #danwylie #witsup #elephant #deathandcompassion #SouthAfrica
“I stare at the ceiling, watching as the machine covers the new stain. The triangle appears not long after that.” . . 🪐 Begin #2020 by stepping into a different world with SF by @mntshanga 🪐 . . Find extracts on @joburgreview @Umuzites . . #bookstagram #leftovers #speculativefiction #masandentshanga #triangulum #maths #comingofage #africanliterature #AiWReads
"The idea of a singular hero and a manifest destiny just makes us lazy. There is no destiny. There is choice, there is action, and any other narrative perpetuates a myth that someone else out there will fix our problems with a magic sword and a blessing from the gods." . . 🌹The perfect cosy Friday afternoon reading Rosewater by Tade Thompson🌹 . . Get ready for a mini spectulative fiction series from us! 🌠☄️ . . #rosewater #tadethompson #sf #spectulativefiction #nigerianliterature #africanliterature #nigeria #bookstagram #books #wormwood #aiwreads
Fairy lights still on for Morrison @chattobooks 🌌 . . #Essays #Speeches #Meditations #AiWFestivePicks #LeftOvers #2020 #AiWReads #bookstagram #tonimorrison #mouthfullofblood
Last of the holiday lights and the holiday reading @EditionsJCLattesLeMasque @abdourahmanwaberi.official 🎄 . . #AiWFestiveFaves #bookstagram #Waberi #festive #12daysofchristmas #africanliterature #christmasbooks
El Saadawi forthcoming reads, The Fall of the Imam and Two Women in One - AiW reviews in the new year, ta to @saqibooks! 📚 . . #nawalelsaadawi #bookstagram #aiwfestivefaves #christmasbooks #saqibooks #2020
My Tweets