AiW note: This past week, we have featured reviews of each of the stories shortlisted for the 2018 Caine Prize for African Writing, ahead of the announcement of the winner this evening, 2 July, at SOAS, University of London.  This, then, is our last in the 2018 series, by our current Managing Editor, Kristen Stern.

You can read this one in dialogue with all of our Guest reviews, building up to the Prize-giving tonight – the Prize that is a ‘good thing but not the thing’, to paraphrase Binyavanga Wainaina. There’s also previous years’ shortlist reviews, coverage of the anthology and some of the Prize’s less expected happenings – ‘mutiny‘, for example – from AiW here (yep – we’ve been talking Prizes for a while). Who is your odds-on to win? Tweet, comment or email us and join the conversation!

Details of the full text of Ekwempu’s story, along with where to read – and listen to – all the shortlisted stories in full, follow on from Kristen’s post below…

Ade, the narrator of Nonyelum Ekwempu’s story “American Dream”, has a destiny. At age 11 he was identified by the leader of his family’s church as “Americanah,” as one who would leave their poor community in Lagos and live in America. It’s the first of many signs and premonitions that the reader learns have crossed Ade’s young life. The American Dream of upward social mobility and middle-class success achieved specifically through migration to the U.S. has become cliché, and to a certain degree so have stories flipping it on its head to criticize the overconsumption and restrictive morality the Dream prescribes. Ekwempu’s story attempts to avoid these clichés, and rather successfully so. Despite the opening scene of diaspora foretold, the author sidesteps a typical clear-cut narrative opposing success and failure to instead explore the difficult, quotidian realities of one child’s life. 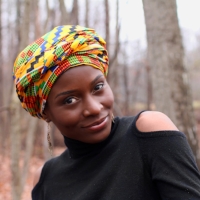 Ade’s American Dreams are literally the ones that come to him at night, repeatedly through the image of the canoe he takes through the lagoons to the airport to fly away and start his new life. Other signs and omens control the universe of the story, in an attempt to explain and make sense of incomprehensible events, and influence Ade’s dreams in turn. Neighbors claim to have seen ominous images around the family house the day before Ade’s father died; the following night the boy’s dreams are filled with black cats and dark clouds.

The real dangers don’t come from dreams and dark omens, however. A series of events and betrayals following the unexpected death of Ade’s father leads the family to relocate from their comfortable family home to Makoko, on the Lagos lagoon where “people lived in the tightly packed shanty houses that hovered precariously over stagnant waters on uneven wooden stilts.” Ade’s family is not upwardly mobile; their destinies in fact go in the opposite direction. And departure to the United States is neither a clear solution to the family’s troubles nor a problem to be solved through a return home (both potential resolutions explored in Adichie’s Americanah, which the reader immediately thinks of in the opening prediction made for Ade’s life).

But more powerful than otherworldly signs, Ekwempu shows the reader the harm of human pettiness and prejudice. The death of Ade’s father and the head of their household leads to the family’s financial struggles—but the complete betrayal by the brothers and sisters of his father, who throw the family out of the house, is the real cause of their struggles. This painful event is echoed in other, smaller ones: his mother loses a friendship without much explanation as to why; a school friend is violently beaten after a secret is discovered. As the boy narrator observes, “The conditions of people’s love are fragile and superficial.” Even the Americanah prophecy must be kept under wraps to protect Ade from jealous people who would try to undermine him.

Ekwempu’s prose is clear, honest, and gives the reader the feel of how this adolescent—still a child, really—observes the world around him, especially the often-unkind actions of other people. Like Ade, we are sometimes left wondering what the significance of these actions might be. At times the reader struggles to hold on to the common thread binding together the disparate episodes of the narrative.

“American Dream” deploys sensibilities of diaspora without ever leaving Lagos. Ekwempu herself is from Nigeria and has spent her recent years studying in U.S. universities. But her narrator’s diaspora experience hasn’t begun yet. This story could be the prologue to his yet-to-be fulfilled destiny abroad. If we’re reading Ekwempu’s first published story as prologue to the rest of her writing career, I’m looking forward to what comes next.

The full text of Ekwempu’s story can be found on the Caine Prize website, here. You can also read — and listen to! — all of the shortlisted stories, and see our previous reviews of the shortlisted stories by clicking through the links below or here. And who’s your winner? Tweet, comment, or let us know before 6pm BST for your prediction ahead of the Prize-giving event tonight, July 2nd in London – @africainwords | @CainePrize #CainePrize2018

Nonyelum Ekwempu is a Nigerian writer and visual artist. She grew up in the bustling city of Lagos and in small villages in southwestern and southeastern Nigeria. Her art is inspired by jazz, the African immigrant experience, and the colours and vibrancy of various African cultures. She is currently a medical student at Loyola University Chicago Stritch School of Medicine.

Kristen Stern is Visiting Assistant Professor in the Department of French & Francophone Studies at Davidson College (North Carolina, USA). She is at work on a book on contemporary francophone writers from the African continent and the performance of authorship. She regularly presents and publishes on contemporary African literature in French, performance studies, and the sociology of the author. She received her Ph.D. from Boston University.