Home › Reviews & Spotlights on... › A Review of South African Literature Beyond the Cold War by Monica Popescu

This week, AiW Guest Katarzyna Kubin launches her new series examining the relationship between Africa and Eastern/Central Europe with a review of Monica Popescu’s South African Literature Beyond the Cold War.

Colonial and postcolonial history has customarily been perceived along a North-South axis, while Cold War relations have tended to be imagined along an East-West axis. Perhaps that is why Africa-related issues are rarely considered in the context of the Cold War. Monica Popescu deftly shatters these Manichean constructions in her book South African Literature Beyond the Cold War (2010), which arguably achieves its stated aim: “to establish a model of cultural analysis and interpretation that eschews vertical connections with tutelary Western societies and focuses on (bi)laterial relations with similarly overlooked cultures” (p. 21).

Popescu’s study develops along two significantly different, but intrinsically related dimensions. In terms of literary analysis, as the title suggests, Popescu focuses on the presence of Eastern Europe (with particular attention to Russia) and Marxism in what she calls “the South African cultural imaginary.” Popescu traces the writing of five South African authors – Alex La Guma, Zoë Wicomb, J. M. Coetzee, Ivan Vladislavić and Nadine Gordimer (in that order) – to offer thrillingly fresh readings of both recognized and lesser known literary texts by these renowned writers. Each of the book’s five chapters is dedicated to the texts of one of the above mentioned authors, loosely following the trajectory of South African history from apartheid to post-apartheid, highlighting in particular the debates around anti-apartheid resistance, the years of transition to democracy, and the challenges of pluralism in the early 1990’s. Popescu draws on an expansive range of disciplines from literary and cultural studies, to history and linguistics, and includes in her analysis a rich variety of additional texts (historical, visual, etc.), to produce a complex and nuanced analysis that illuminates “the real and imaginary relations with Eastern Europe, the legacy of leftist thought, as well as the temporal coincidence of the fall of apartheid and the break-up of the Eastern Bloc and the Soviet Union” (p. 5).

The second dimension of Popescu’s volume undertakes an ambitious theoretical analysis, which moves it beyond a purely literary study. Popescu systematically works through the theoretical implications of the fact that “South African and the Eastern European populations turned their back on some of the world’s most repressive regimes and expressed their hopes for democracy almost at the same time” (p. 4). By “reading these two transformative moments together,” Popescu locates the development of postcolonial studies in relation to the Cold War era and asserts that African literature makes an important contribution to understanding this period, alongside European and American writing, which have thus far been the focus of literary study related to the Cold War. 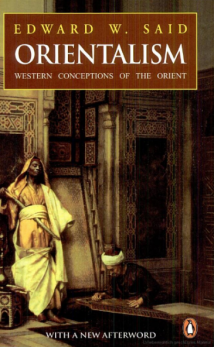 Popescu further addresses a tension within postcolonial studies, between the branch focused on discourse analysis (associated with Edward Said) and that focused on Marxist criticism (associated with scholars such as Benita Parry). In her study, she treats them as “both analytical instruments and discourses to be analysed” and posits that “discourse analysis joined with Marxist criticism can help us to understand the forms and preoccupations of contemporary South African literature, provided we incorporate its relations with Eastern Europe as source, foil, and benchmark of this theoretical alliance” (p. 15). Importantly, Popescu also keeps in view the tension implicit in the divergence between the role of Marxism in anticolonial and antiapartheid struggles, on the one hand, and the appeal of capitalism in anti-communist struggles in the Eastern Bloc, on the other. Firmly based in the literary works of the selected South African authors, which she consistently reads within their historical, political and social context, Popescu’s analysis expertly and gracefully evades the temptation of the “aesthetic of theory”[1] and thus meaningfully rethinks postcolonial and communist theories, which have fundamentally shaped scholarly perceptions of the contemporary world. 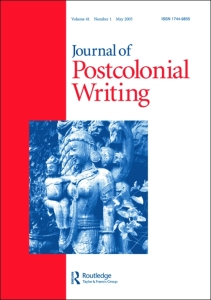 Professor Jean Comaroff, a renowned expert in social and cultural studies in South Africa, calls Popescu’s book “at once original and provocative,” while Sarah Nuttall, a respected South African literary scholar, remarks that Popescu’s study “examines the relationship between postcolonialism and postcommunism in ways that immensely enrich and complicate our current thinking.” Popescu’s achievement with the volume was rightly recognized in 2012 with the Gustave O. Arlt Award in the Humanities, awarded annually to a scholar-teacher in the humanities who has written a book of scholarly importance.

Since 2010, Popescu has published a number of articles, which reveal a continued but geographically expanding interest (e.g. into Angola and Warsaw) on topics related to the history of Africa and the former Eastern Bloc. Her more recent contribution to the field also includes a co-edited special issue of The Journal of Postcolonial Writing titled “Alternative Solidarities: Black Diasporas and Cultural Alliances during the Cold War” (2014). It is rumored that a new book is in the works. Popescu’s research should be worthy of interest for beginners and veteran scholars alike, who work in fields ranging, from postcolonial to Cold War studies, from cultural to literary study, from Africa to Eastern Europe. Indeed, her work shows convincingly that these fields have many unlikely but strikingly unsurprising connections, which are just waiting to be recognized.

This review is part of a series curated by Katarzyna Kubin for Africa in Words. 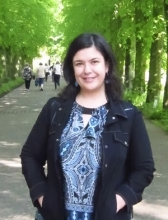 Monica Popescu is Associate Professor of English at McGill University (Montreal, Canada). She is the author of South African Literature Beyond the Cold War (2010), which won the Gustave O. Arlt Award in the Humanities in 2012, as well as The Politics of Violence in Post-Communist Films (1999). Her research interests include: postcolonial literature and theory (esp. contemporary South African literature), Cold War studies. Eastern Europe and postcommunism, gender studies, nationalism, and globalization.