Home › A New Series on Africa and Eastern/Central Europe

A New Series on Africa and Eastern/Central Europe

In the essay “How Poles Became White,” the anthropologist, Kacper Pobłocki, writes: “Ideas tend to get ‘incarcerated’ into places. One goes to India to study hierarchy…to the West to study modern capitalism, and to the Caribbean to talk about race and slavery. Poland is where one focuses on anti-Semitism, but it would be the last place on earth to look for race or vestiges of slavery.”[1] This statement introduces Pobłocki’s attempt to historically map the concept of “blackness” onto Poland. How uncanny that, just over half a century earlier, W.E.B. Du Bois was inspired by a 1949 visit to that Poland to reflect anew about his concept of “double consciousness,” which he documented in the essay “The Negro and the Warsaw Ghetto” (1952). 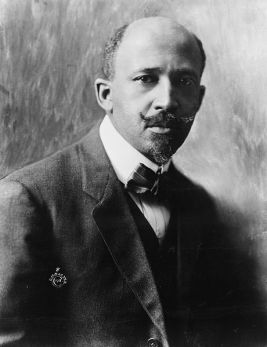 These reflections reveal how mythologies of mutual perceptions can shift productively, when considered outside of their seemingly “natural” context. It is in this spirit that, over the following several weeks, Africa in Words presents a series (including book reviews, original texts by guest contributors, interviews), that seeks to recognize a growing interest in the history of relations between Africa and Eastern/Central Europe, with particular attention to the Cold War period. Considering the relations between Africa and Eastern/Central Europe, as both imagined and geographic spaces, in the context of postcolonialism, can reveal new histories, new forms of cultural production, new channels of mutual influence. Highlighting these relations can also expose with refreshing honesty (or perhaps rawness), a range of potentially questionable assumptions that have been built into theories of postcolonialism and (post)communism. At least that is what recent scholarly and artistic work suggests.

The series includes voices from academics, artists and activists, who have diverse geographic and institutional affiliations, ranging from South Africa and Senegal to Romania and Poland. It is also multidimensional in its time perspective: some pieces reflect back on the history of these relations, while others are firmly planted in the present-day and highlight the contemporary implications of that history.

The series can be divided roughly into three parts: the first sets out to sketch a theoretical frame of reference for the study of relations between Africa and Eastern/Central Europe. The second zooms in on Poland, which has thus far drawn less scholarly attention, and features three contributions from authors based in that country. The third part puts the spotlight on an ambitious multimedia art exhibit that opened in London in early 2016 and continues to travel across Europe. As a work in progress, it seemed an apt finale to the series, simultaneously serving as an invitation and an inspiration for future interventions, be they academic or artistic. 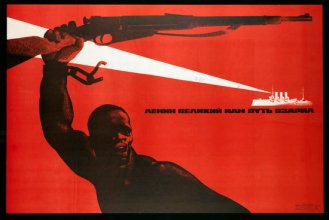 The overarching aim of the series is to honor and promote efforts to push the boundaries of current thinking in postcolonial, Cold War and African studies, and so to contribute to a budding historiography of relations between Africa and Eastern/Central Europe.