20 years of Gilroy’s The Black Atlantic

This year, Gilroy’s Black Atlantic completed twenty years of its publication. This book has been used by many scholars in history, anthropology, literature and sociology, and became very influential. It also provoked many criticisms. This is the first of a series of posts about the uses of Black Atlantic in recent scholarly production. Africa in Words invited academics to write about how they used Gilroy’s theories and concepts in their own work (Click here to read the second post of the series and here to read the third).

In this post I will (try to) explain some aspects of the concept of Black Atlantic, as proposed by Gilroy in his book. This is a big task since, throughout the book; the concept seems to acquire a very complex meaning. Some authors even think that Gilroy himself uses Black Atlantic with different definitions.

The concept of Black Atlantic was originally introduced as part of an alternative theoretical framework to question the “sense of England as a cohesive cultural community”. Gilroy explained that “the contemporary black English […] stand between two great cultural assemblages”, that of ‘black’ and of ‘English’, that were wrongly associated to concepts of race, ethnic identity and nationality: “Regardless of their affiliation to the right, left, or centre, groups have fallen back on the idea of cultural nationalism, on the over integrated conceptions of culture which present immutable, ethnic differences as an absolute break in the histories and experiences of “black” and “white” people”.

This connection between nationality and culture, for Gilroy, was a ‘fatal mistake’ incurred by some cultural historians – such as Hobsbawm and Thompson – who ignored the complexity of the inside/outside (local and global) relationship. For him, Englishness and nationalisms are better understood if studied in relation to the supra-national. Localisms should be left aside to open space for a more global perspective that takes into consideration that cultures (and print cultures) do not respect national borders.

In the case of Britain, according to Gilroy, cultural historians have missed the contribution of former slaves, merchants and intellectuals who also brought the Black Atlantic into the history of Britain. The approach that follows these great cultural assemblages misses everything else that does not fit into the box of nationalism and colonialism.

Black Atlantic is also a unit of analysis. Often, the Atlantic is seen only as the space between the two sides of the diaspora: the site of departure and the site of arrival. But as with the negative of a picture – a metaphor that he uses in his book – instead of thinking in coasts and in two separate processes, we shoul think in what they have in common, in the Atlantic. Gilroy proposes that instead of seeking origins and traditions, and finding influences (for instance, of Africa in the Americas), we should think of the common experience. 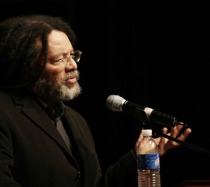 For Gilroy, the common experience of the Black Atlantic is based on memory. The Black Atlantic is an articulation of the past, rooted in the suffering and in the way people dealt with pain. And for him, the best form of expression of this suffering was music. However, music was more than just a way of transforming pain into pleasure; it was more than a reaction to oppression. It also included an intellectual message. In this sense, Gilroy argues that music should be studied without placing it in a Hegelian hierarchy in which it is seen as a pure form of expression of the soul. On the contrary, he explains that we should not overlook the intellectuality that is part of this form of art. From the syncopated rhythm to the content of the lyrics, for him, Atlantic black music was an intellectual production and should be studied as such, taking into consideration its complexity and seeking to understand its role in social history.

The subtitle of the book – Modernity and Double Consciousness – is related to the understanding of Black Atlantic as a counterculture of modernity; a way of avoiding a dichotomous understanding of Africa and African diaspora based on ideas of authenticity and tradition. For instance, he criticises afrocentric theories, for failing to acknowledge the influence of the Atlantic in African history, and for holding up to essentialist interpretations. In this way, using the concept of Black Atlantic, would allow us to challenge notions of national and international, local and global, origins and diaspora; to rethink relations throughout the ocean and to bring into narratives (and analysis) more of the history of Africa and of Africans who crossed the Atlantic – one way or other.