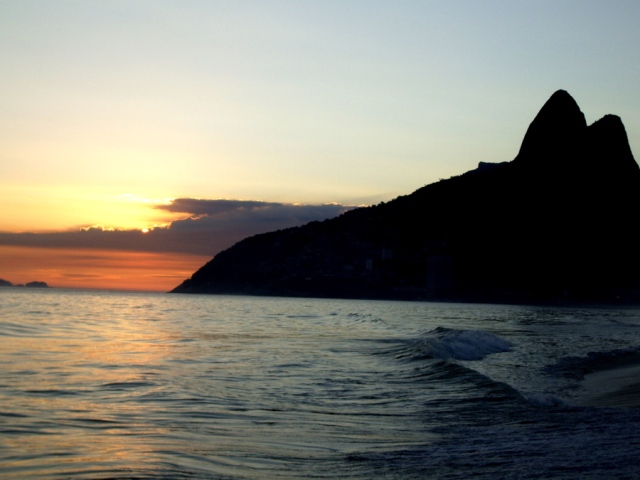 I’m a musician and a social scientist from Rio de Janeiro and I am researching what it means to “make a living from music” in this city. For this research, I have adopted a comparative perspective between the activities of a professional musician today with those from the 1960s – the decade in which Bossa Nova and Sambajazz flourished. These styles brought Brazilian music to the world, and became an important channel of production for local musicians like Antonio Carlos Jobim, João Gilberto, João Donato, Edison Machado, Raul de Souza and Sérgio Mendes, among many others. You could say that these musicians renewed their Brazilian identities through the tradition of samba, the national rhythm characteristic of Brazil whose origins date to the early decades of the twentieth century, when music was first considered a central element in the construction of Brazilian identity.

These musicians created a “modern” Samba in line with international musical innovation of the post-war period nurtured by the growth of cultural industries, in a context of increased social mobilisation for equal rights and sexual liberation. Both Samba and Sambajazz can be considered movements historically linked to the incorporation of freed slaves in the spheres of young American societies. These styles were part of the construction of a black culture and a black music. These movements were musical rehearsals of this social transformation. However, both the Bossa Nova and the Sambajazz were strongly criticised by nationalists in Brazil. Critics argued that musicians had suffered too much “influence of Jazz,” an indication of their “alienation” from the national reality. According to the criticisms, Brazil was a country of unique features (such as extreme social inequality), with social and political contexts that differed completely from those of other countries. 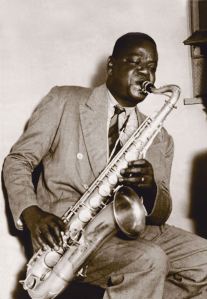 Since at least the 1920s, Brazilian musicians have played foxes, salsas and tangos, influenced by other Latin-American countries. And this practice never interfered with its relevance in the international scenario nor with its promotion of the cultural wealth of the country, both domestically and abroad. Rather, one might say that the strength of the many styles practiced in Brazil (be it Jazz, Dub or Samba) derives precisely from this ability of hybridisation with diverse forms of music-making, without losing its congruence with the local context. Moreover, this is not a particular Brazilian national feature, since the same phenomena can be observed in other countries.

For instance, in the Brazilian musical scenario, some of the most iconic musicians such as Pixinguinha, Carmen Miranda and Antonio Carlos Jobim were systematically accused of being “Americanized”; of having suffered too much “influence of Jazz.” And, indeed, they had; in the same way that American jazz musicians were influenced by Bossa Nova and Salsa, with beneficial results. This way of seeing, making and listening to music – at the confluence of several encounters – is the basis of Samba, Jazz, Tango and many other American and African rhythms. This practice, therefore, is both hybrid and transnational.

In this sense, Paul Gilroy coined the concept of black Atlantic as an alternative approach to nationalist theories about the complex relationships that occur within black cultures interconnected by the Atlantic. He sees this network as an open, multiple and rhizomatic unit – as the concept of Deleuze and Guattari in A Thousand Plateaus (2009) –, and criticized the “unthinking assumption that cultures always flow in patterns corresponding to the borders of essentially homogeneous nation-states ” (in the Introduction to the Brazilian version of the book).

Gilroy shows black intellectual production in this context as a “counterculture of modernity” (i.e. a practice rather than a merely intellectual “counter-discourse”). And within this context, he argues, music should be understood as a “performatic art”, and as the strongest means of expression of this culture, instead of focusing only on its rational “textuality”. Gilroy attaches importance, therefore, not only to the analysis of the spoken and textual discourse, but also, and mainly, to the musical performance which would be particularly developed in the black Atlantic cultures.

Gilroy also provides an outlet for the “fruitless and interdependent” discussion between essentialists – those who claim that black culture have essential , or traditional, origins in Africa – and anti-essentialists, those who deny the possibility of a black culture unit, and neglect the strength acquired by this movement. The author then proposes what he calls anti-antiessencialism, which allows us an alternative understanding of a black culture unit without falling into superficial essentialism (and its excluding and frustrating search for a ‘real’ home that withholds a racial essence). 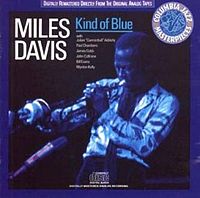 When looking at the cultural practices of the black Atlantic, Gilroy called for focusing on music. He criticised the obsession with the body of slaves and their descendants;  the result of a dichotomous (and Western) approach to the relation between body and mind. This dichotomy, he explains, leads to the understanding of black music (and dance) as the lowest form of art because it would be solely physical and, therefore, never intellectual. Often, music — and especially black music — is understood as a “spontaneous” or “natural” manifestation, produced by an innate talent linked to race or nationality.

Paul Gilroy offers a valuable perspective of contemporary Western music, because it allows us to think of it in a context of intense transnational flows that we live today; it approaches globalization as a process that was gradually built in the last centuries throughout the Atlantic. This process takes place beyond the frames of nationalist ideologies, which are becoming less crucial in the lives of ordinary people. Ordinary people who, like slaves and their descendants, never have been able to dictate the cultural traits of nation, as economic and intellectual elites try to accomplish in America.This naturalization of musicality, which in reality was densely crafted as “black music”, ignores the rich genealogy of the entire process of construction of black music; a process operated by musicians of diverse backgrounds and historical periods, in the same way that characterized the making of Jazz and Samba. This complex process of invention of a black Atlantic music included a diversity of people such as the North-American composer and pianist Duke Ellington or Brazilian Sambajazz trombonist Raul de Souza mentioned by Gilroy (in the introduction to the Brazilian edition of his book) as an important reference in his youth. Another example is the Brazilian pop star Jorge Benjor, whose “spontaneous” style approximate his music to Sambajazz, Blues, and why not, to Miles Davis, as in the album Kind of Blue (1959), a paradigm in modern jazz.

Gabriel Improta is a Brazilian musician and social scientist. He is an accomplished arranger, composer and guitar player. Besides his two solo cds, Improta has played and recorded with established musicians such as Caetano Veloso, Roberto Carlos, Hermeto Paschoal, Paulo Moura, Armandinho, Francis Hime, Jaques Morelenbaum and Elza Soares. Born and raised in Rio de Janeiro to a family of musicians, Improta obtained an MA in music composition from the Federal University UNIRIO (2007) and is currently studying a PhD in social sciences at PUC-RJ, in Rio de Janeiro. After reading his post, you can listen some of his musical-intellectual production in this page.