In other Words… AiW’s news and June wrap

As we move through the changed circumstances, timelines and spaces of now, we catch up on our monthly round-up of ‘other words’ – news on AiW’s radar, collated from across our Twitter, Facebook and Instagram.

Please be in touch with any other ways and means that AiW can best support today’s opportunities and challenges. And with continuing wishes for your health, peace, safety, and solidarity to all…

Worldwide reactions to recent deaths of Black people in the US, most visibly the police killing of George Floyd in Minneapolis, and the solidarity with protests that followed, consumed much of our reading and reflection time in the month of June. In-person social movements are driving concrete change regarding the ways, both insidious and overt, that anti-Black racism shapes our institutions.

Many authors and outlets in the worldwide diaspora stepped back from social media on June 2, participating in #BlackOutTuesday (itself an outgrowth of #TheShowMustBePaused, an effort of two Black women executives in the music industry, Brianna Agyemang and Jamila Thomas). These social movements continue, however, and processes of un-learning must reach beyond a one-day social media campaign.

Afrolit sans frontières continued in late June, wrapping up this first week of July, with a fourth season! ASF is quickly becoming a standby for great content every month with one-on-one conversations with writers and creators across national borders and languages. This season spotlights short story writers and poets with the theme of “To Cut a Long Story Short.” In the most recent session, festival founder Zukiswa Wanner spoke with playwright and poet d’bi.young anitafrika:

Conversations are live-streamed on Instagram, and James Murua’s blog hosts the video archive of each session with the writers, for all four seasons. We’re looking forward to more seasons in the coming months!

Newly launched in February, Black: The Literary Salon ran its second session on June 25, a discussion with Elnathan John, Paul Mendez, and Thando Mgqolozana on Black masculinities, coinciding with Cassava Republic’s ebook release of Mgqolozana’s new novel A Man Who is Not a Man.

Black: The Literary Salon plans to be back for the next round in September — follow them to get updates.

And speaking of Cassava’s ebooks, they have released several titles in ebook format. Aside from Thando Mgqolozana’s A Man Who is Not a Man, Abubakar Adam Ibrahim’s The Whispering Trees became available in ebook format bck in May, and their back titles are available as well. 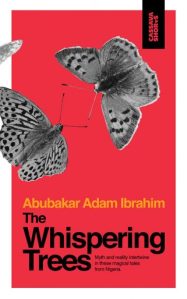 Awards and Prizes (and responses…)

The winners of the Media24 Prize were announced. As the JRB notes here, there has been some pushback against the lack of diversity in both the prize winners and the judging panel. Reactions on social media were swift, and the JRB Daily quickly published a collection of writers’ responses. Media24 Books released a statement of apology, saying they “will actively address the issues to avoid a repeat of this oversight in the future.”

The winners of the 2020 Media24 Books Literary Prizes have been announced.https://t.co/zlAzid3ZS2

The Desmond Elliott Prize 2020 shortlist was announced: Abi Daré for The Girl with the Louding Voice, Okechukwu Nzelu for The Private Joys of Nnenna Maloney, and Derek Owusu for The Reminds Me. This is the first time that all three shortlisted authors are writers of African descent. Congratulations to Derek Owusu, who was announced the winner on July 2!

The Commonwealth Short Story Prize for Africa went to Innocent Chizaram Ilo for “When a Woman Renounces Motherhood.” You can read their winning story via Granta, and the author talks about their story here.

For the first time, a work by a South Sudanese author wins one of this year’s 19 PEN Translates Awards. Eddo’s Souls, by Stella Gaitano, will be translated from the Arabis by Sawad Hussain for Dedalus, forthocoming in June 2021. ArabLit Quarterly covered Gaitano’s work, including the original Arabic-language Eddo’s Souls, last fall.

In 2015 I wrote this piece about South Sudanese writer Stella Gaitno. English PEN @englishpen last week awarded a #PENTranslates award to a translation of her recent novel “Eddo’s Souls,” translated from the Arabic by Sawad Hussain https://t.co/qsEVCQ5hqS #SouthSudan

That’s a wrap. Thank you all for reading, and for being here with us through this! If there’s anything you’d like to see featured on the site, don’t hesitate to be in touch. We look forward to it, with all wishes for your continuing safety at this time.