The Gallery of African Art (GAFRA) is pleased to present THE CHICKEN CONSPIRACY: Paintings and Calligraphy, a unique and diverse collection of paintings on fabric and calligraphy by the renowned French-based, Sudanese image creator, Hassan Musa. 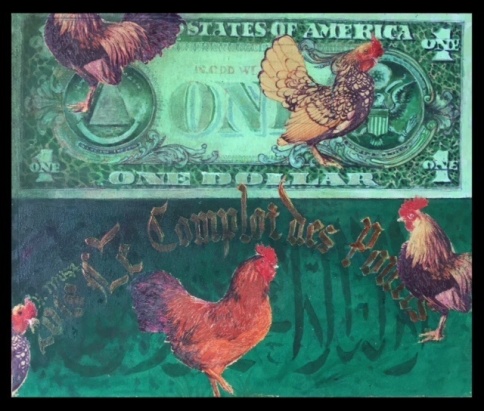 Throughout the collection, one is engaged by a hybrid of Musa’s multicultural identity and his personal perspective on European image making. The European practice, to Musa, also encompasses an “applied gleaning” of Chinese watercolours and calligraphy indigenous to North-east Africa and the Middle East.

The ‘Chicken Conspiracy’ of the exhibition title and the name of one of the recent paintings exhibited on fabric, symbolises the struggles of artists of Musa’s generation as they came to grips with the assimilation of Africa’s local and regional cultural diversities into a new genre of Western-imposed and market-driven global African art. In “Le Complot des Poules, (2018), the economically disadvantaged and their artistic brethren are depicted as chickens controlled by the standards of the global marketplace and quest for the almighty Dollar.

The superb examples of Musa’s calligraphy portfolio, some of which are included in the exhibition, demonstrate his long-acclaimed skills with ink on paper, as a leader in the field and illustrator of at least 20 books, dating back to his formative years in Khartoum in the 1970s. The beautiful and diverse calligraphy exhibited here includes finely detailed wildlife studies from the mid- 1990s plus more recent abstract seascapes, bird studies, a depiction of Sudan’s Janjaweed militia, and an exotic nude inspired by Rimskij-Korsakov’s 1888 symphony Dal Scheherazade (also known as The Arabian Nights).

Hassan Musa was born in El Nuhud, Western Sudan in 1951. He graduated from the Khartoum Ecole des Beaux-Arts in 1976, and went on to earn a Doctorate in the History of Art from Montpellier University (1989).

Hassan Musa’s engagement with calligraphy can be traced back to his teen years working on his school’s mural newspaper in Western Sudan. Over the years, Musa has pursued his artistic practice in his studio, in workshops, in illustrated books, in academic discourse and in electronic media.

Now domiciled in Nîmes, France, Musa’s style is a synthesis of African, Occidental and Oriental traditions that distinguish his oeuvre as truly original. Musa’s many exhibitions have included Seven Stories About Modern Art in Africa at Whitechapel Gallery in London, in 1995; Modernities and Memories at the Venice Biennale in 1997; New Premises: Three Decades, at the Museum for African Art in New York in 2012; Contemporary Calligraphy, a solo exhibition at the Gallery of African Art (GAFRA) in 2013; a major touring exhibition that featured at the National Museum of African Art, Smithsonian Institution in Washington in 2014; an exhibition at the Mori Art Museum in
Japan; the Biennale de la Calligraphie, United Arab Emirates; and his works have been exhibited at the Centre Georges Pompidou in Paris.

His work can also be found in many permanent collections including the Fondation Blachère (Provence-Alpes-Côte d’Azur, France), the Hood Museum of Art at Dartmouth College (USA), Museum der Weltkulture in Frankfurt, the Paris-based Matthias and Gervanne Leridon collection of African art, and several other institutions. His work is also held in many private collections around the world. 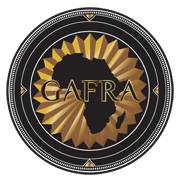