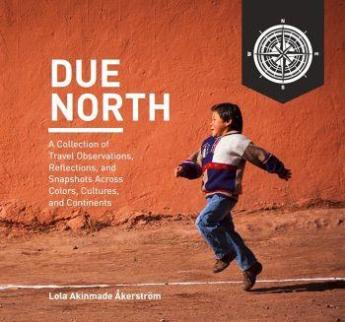 With Nigerian passport in hand, fifteen-year-old Lola crossed the Atlantic to study in the US.  The ‘little green book’ soon accumulated visas, each costing hundreds of dollars, as she took to traversing borders in different continents. She anticipated the frowns and verbal drubbings at immigration desks, dreaded holding up coach-loads with the lengthy questioning she’d undergo.

‘But the beautiful irony is that my little green book opened up the world to me’, she writes. ‘While doors were being slammed, it stubbornly wedged itself through the cracks and got me in.’

Due North, Akinmade Åkerström’s spirited travel book, is a feast of images and words that shows us to what extent the world opened up. Over the past decade, she has been on the move as student, worker, tourist, visitor, explorer, coming to adopt the hard-won mantle of travel photographer and writer. Represented by the high-profile National Geographic Creative, she has contributed to the likes of the BBC, The Guardian, and Lonely Planet, and curating Slow Travel Stockholm. Award upon award has been heaped upon her.

The foreword explains that, since adolescence at a Nigerian boarding school, she’s been captivated by the Arctic. Circuitously, she comes to find long-distance, then marital, love in the cold climes of Sweden too. If she is magnetized by the North, her book shows no less curiosity about South, East, and West. With each place and its people, she crafts a far-from-predictable vignette. Her book opens up the ruddy Peruvian village of Ccaccaccollo (see the sprightly Quechua boy of the front cover) and the snaking switchbacks of Sicily. It skids in rain-spiked London and brushes up against the bright fields and shadowy underworlds of Cambodia. It hovers in the market hustle of Lagos and in a puzzling US naturalization ceremony of big-city America. And on. 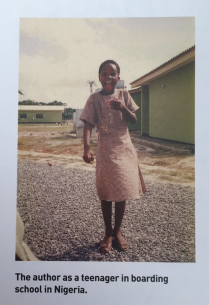 Due North is nothing less than the work of a professional. Yet, it is enticingly personal.  Due North, as you’ve gathered, is not only about the world, but about Akinmade Åkerström’s own wide compass, energies, and sensitivities. ‘Dear Annikki’, the cameo about the reunion of her Lagosian mother with her Finnish pen pal from the 1970s – the in-person meeting arranged for Lola’s wedding – delivers an emotional punch. Her mother, Remi, had forty years before put pen to paper a hemisphere away, enclosing a photo for Annikki of her then infant daughter.

Due North: professional, personal – and ultimately political. The book registers the pervasive politicization and racialization of travel.  ‘The more visa stamps in my passport, the more my motives for travel were deeply questioned’, Akinmade Åkerström reflects.‘“It’s a passport!” my inner voice yells’.

‘Why was I traveling? ‘There had to be a more sinister reason beyond the need to explore and enrich my life through experiencing other cultures… Explaining it to one officer was never enough. I had to elaborate this unbelievable concept of a Nigerian traveling for the sole purpose of enjoyment to his colleagues too.’

Is the experience of holding Nigerian – or other African – travel documentation more about being suspected and thwarted, than being allowed to pass? In the words of Martha Mukaiwa republished in Africa Is a Country, ‘Abroad, your passport, but more often your skin, speaks even when you are silent and navigating through people’s reactions to this quiet conversation.’

‘African travelers, it would seem, must still justify their movements across the planet (whether the motives be professional, economic or political)’, writes Christabelle Peters also in Africa Is a Country. ‘Passports may have replaced passbooks for a number of us; but we must still answer the question, “Why are you here?”’. Peters’ commentary was sparked by the 2016 African Travel Writing Encounters Conference (#ATWE), which featured practising travel writers, including Akinmade Åkerström and fellow Nigerian Pelu Awofeso, in conversation with scholars and others about the trajectories, provocations, and innovations of African travel writing. 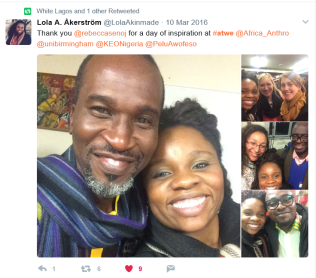 Clearly, there is no shortage of travel and travel writing by Africans in their myriad forms, past and present. Some public, some private, some quashed by authorities. And an array of journalism and scholarship is challenging the heightened policing and problematization of African – and more generally of black – travel and movement. One poignant example: Candacy Taylor’s historical project on African Americans travelling in the Jim Crow era, which highlights a ‘green book’ of another kind. Not a passport, but a guide book on how to get by as a black traveller in 1930s-60s segregationist USA.

Akinmade Åkerström says she’s reading Tété-Michel Kpomassie’s An African in Greenland (1977), the culmination of his 12-year journey from Togo to this northern realm. Kpomassie’s determined travel, like hers, had started with a book, with a map, at a young age.

‘I will reach the North Pole’, she had said to her teenage self.

‘And it remains my elusive goal,’ she utters in Due North. 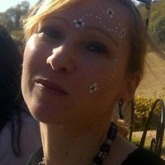 Janet Remmington is a scholarly publisher, writer, and researcher. An intellectual history of black South African travel and writing, c.1850–2010, is the subject of her doctoral research at the University of York. She is co-editor of Sol Plaatje’s Native Life in South Africa: Past and Present (Wits University Press, 2016) and author of a number of journal articles, book chapters, blogs, and creative pieces. In daylight hours she works as an editorial director for Routledge.