A long-awaited South African film about struggle icon Solomon Kalushi Mahlangu opened in cinemas across South Africa this weekend. It will also be screened in London at the BFI on Thursday 6th April.

Kalushi: The Story of Solomon Mahlangu is director Mandla Dube’s debut feature. Fast-paced and dramatic, it tells how the 1976 Soweto student uprisings inspired the 20-year-old to join the African National Congress (ANC) and train as a soldier with Umkhonto We Sizwe, the ANC’s armed wing. Just months later, Mahlangu was sentenced to death after being falsely convicted of murder. Although various governments and organisations such as the United Nations fought for two years to prevent his execution, Mahlangu was hanged at the Pretoria Central Prison on 6 April 1979.

In one particularly moving scene, we see Mahlangu utter his famous last words: ‘My blood will nourish the tree that will bear the fruits of freedom. Tell my people that I love them. They must continue the fight.’ These lines continue to resonate. Four decades since the Soweto riots against Afrikaans as a medium of instruction, South African students have once again risen up to demand educational reform. As Fees Must Fall protests calling for free tertiary education swept campuses over the last year, praise songs for Solomon Mahlangu filled the air. He’s been embraced as a hero for a whole new generation. 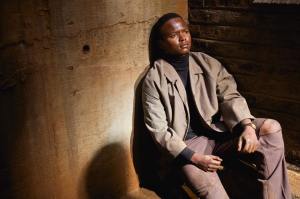 Played by relatively unknown young actor Thabo Rametsi, Mahlangu is a timid, studious young man who develops into a charismatic leader during the course of his army training in Mozambique. It is said that struggle heroes such as Chris Hani and Steve Biko could have become great leaders like Nelson Mandela, had they not been cut down in their prime. I wondered the same thing about Mahlangu, based on his portrayal on screen.

Kalushi is a moving portrait of just one of the many people who lost their lives fighting for freedom in South Africa. It opened London’s Film Africa Festival in October and has been well received at various other screenings – but what will South African cinemagoers make of it? Have we had enough movies about our nation’s dark past? Well yes, over the years there have been numerous films about South Africa, often made by foreign directors and featuring Hollywood stars – most recently Mandela: Long walk to Freedom starring Idris Elba. Of course, this strategy makes financial sense but tends to forfeit some of the authenticity South Africans crave. So it makes a refreshing change to see a homegrown movie with an entirely local cast. 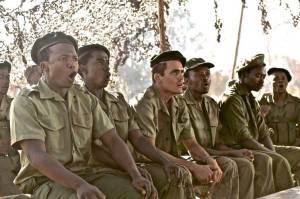 The story is certainly compelling; it will be interesting to see whether this can translate into box office success. 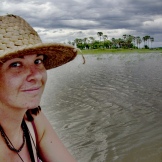