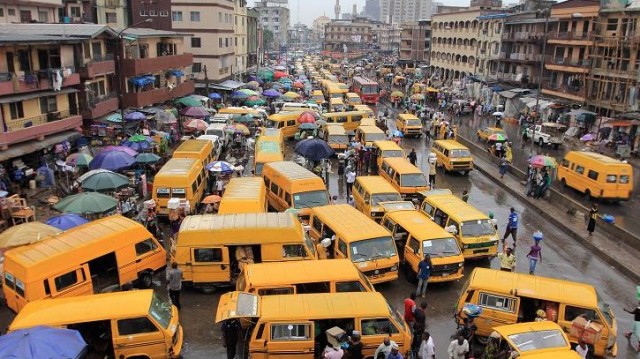 With its micro-level approach towards one of the most pressing urban agenda in Africa today – that of public transport – this collection of field-based studies is a timely and nuanced contribution to a literature preoccupied with the neoliberal urban restructuring of public transport systems in Africa, while maintaining a weird silence on the vested interests, agency, politics, and struggles for survival and respectability of its criminalised workforce. The book tackles the overriding question: What might a micro-level analysis of the politics of informal transport in urbanizing Africa tell us about the precarious existence and social agency of its informal workforce?

This edited volume is the first full-length study of the micropolitics of informal public transport in contemporary urban Africa, with attention to its dynamic, relational, predatory, and apparently chaotic functioning. By mapping, analysing, and comparing the experiences of informal transport workers across the African continent, this book sheds light on the daily challenges facing marginalised urban groups as they negotiate the contours of city life, expand horizons of possibility, and define hopes for a better future. Such grounded insights into the precarious rhythm of everyday and everynight life in the city open the window for a more informed and effective policy response to Africa’s informal public transport sector, which is changing fundamentally and rapidly in light of neoliberal planning visions and restructuring.

The book enhances our rather tenuous grasp of the entangled layers of relations between ‘formal’ (state) and ‘informal’ (non-state) urban actors, especially in those marginalised and transgressive public spaces (i.e. motor-parks, bus stops, and junctions) where practices of governance are exercised and contested on a daily basis. In this way, the book critically engages with the overriding theme of the UN Habitat III’s ‘New Urban Agenda,’ which underscores the need for more inclusive cities and urban reformations that leaves no one behind. The book also advances our understanding of public spaces in Africa as essentially a multiplicity of publics and counter-publics, rather than a single public (Weber, 1978) or two opposing publics (Ekeh, 1975). Lastly, the book sheds light on the ramifications of urban renewal or transformation for the livelihoods of informal workers, and, crucially, how those workers are responding to ‘modernizing’ interventions that impinge on their opportunities in, visions of, and rights to, the city.

Theorising city space as a complex social construct (Lefebvre, 1996) and spatial practices as tactical in nature (de Certeau, 1984), the chapters in this edited volume will bring into critical conversation interconnected themes like violence, extortion, poverty and inequality, power, legality, gender, identity, gang culture, unions, patronage politics, and social networks. Foregrounding crisis as context and possibility (Vigh, 2008; Cooper and Pratten, 2015), the book interrogates the interplay between agency and social forces, advancing our understanding of the multiple ways in which informal urban workers navigate precarious urban roads to survive and make the most of their time. In foregrounding the micro-level dynamics and predatory politics of informal public transport, this book challenges much ‘aesthetic’ framing of Africa’s informal sector.

Researchers are invited to submit on or before April 10, 2017 a chapter proposal (1 page) explaining the thematic concerns and approach of proposed contribution to the edited volume. Authors of accepted proposals will be notified by May 15, 2017. Full chapters will be sent out for review by August 15. The edited volume is expected to come out by the end of 2017. We are planning to publish the book either with University of Pennsylvania Press, Cambridge/Oxford University Press, Palgrave Macmillan, or Routledge (Cities and Society Series).

We invite researchers to send chapter proposals to: