“All the talk in WWI seems to be about France…”* 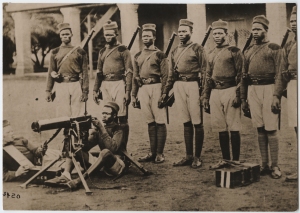 Why were Africans consigned to the margins, sometimes altogether erased, when the drama of this war was narrated? (Okey Ndibe)

Okey Ndibe‘s comment above reflected on the absence of acknowledgement for Africa and Africans in terms of a different global war, World War 2.  Yet I have reproduced it here because the anglocentrism that Ndibe found so confounding also dominates commemoration of WW1.  This is depressing, as much for what it says about failures in British history studies, as for my own enthusiasm for well told global and transnational histories.  However, there are resources across the web that complicate and challenge this British-dominated picture.  These moves can be seen as part of a shift in research on WW1 that includes the role of Chinese and Asian migrants, for example. This post highlights resources for exploring African experiences of WW1, given the deluge of material marking 1914-2014.

Richard Rathbone has highlighted that

‘the diversity of the continent was mirrored in the diversity of its experience of the war, which combined the actual agony of the battlefield for many thousands of black troops both in Africa and in Europe at one extreme, with the undoubted uneventfulness of those same years for many others’ 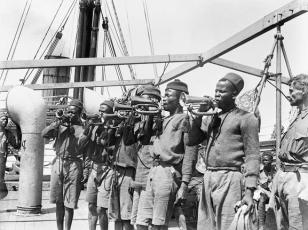 What this seems to mean in practice is highlighting ‘African’ experience briefly as part of resources that focus on European experience.  Of course, this may well reflect the source base that these organisations hold (i.e. the IWM predominantly has access to British military records and archives). This commentator from Le Monde suggests some of the flaws in this recreation of digital versions of national boundaries in British memorialisation :

So the ‘global view’ mapping project as part of the (UK) National Archives resources, which incorporates images of original documents held in the archives. Caution may be required as some of the descriptions of events and people still reflect then-contemporary ideas and attitudes to Africa and Africans. 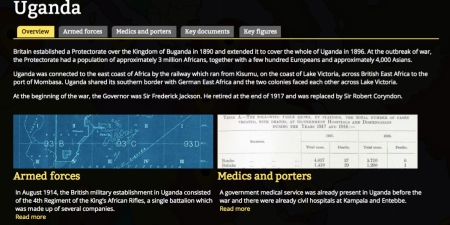 Similarly framed in a global view, Anne Samson summarises action in Africa in WW1 as part of the visually stunning (and interactive) Guardian project, a global guide to the first world war

Her stress is on significance of impact of conflict:

In terms of the local population the impact was much greater: the whole of Tanzania was overrun…  it literally was, these huge tracts of land… that were overrun. Life was really tough…

but ’empire’ is one small section of a story that is overwhelmingly told from a white British perspective – or as Jacques Enaudeau has commented:

the color of memory remains essentially white, despite the global turn in historical studies of World War I

The BBC are currently showing short films on their site, highlighting the non-western contribution and experience of wartime.  World War One: The crucial battle for Togo shows how the relics of the war continue in the landscape, along with some striking digital reconstructions of past buildings in present-day Togo. The film makes clear the impact of the war was not only on those recruited as soldiers, but also for those working for colonial state’s wartime projects: 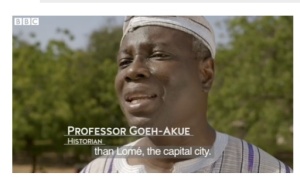 “Men and women were recruited from villages all over Togo. They never received their full salaries”

Another looks at the lack of memorial for Tanzanians who died as part of forces fighting in East Africa, estimating ‘as many as 2 million Africans are believed to have been involved’

There are those who died, and we buried them here, but many more, we don’t know where their graves are’
Othiniel Mnene

In contrast to these narratives which tell stories about Africans experiencing war on the continent itself, the story of the sinking of the SS Mendi took place off the British coast. 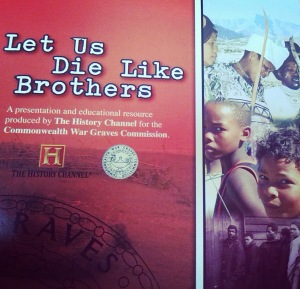 Over 600 men, members of the South African Native Labour Corps, lost their lives due to what was later determined to be the dangerous actions of another ship in thick fog.  Controversially, this ship launched no lifeboats to rescue those shipwrecked. Despite years of obscurity, it is now possible to visit memorials in South Africa, France and the UK to those who died. This site includes moving images of the wreckage, and an educational resource is available to order (see below).

Those who died are also named on this online tribute page, a powerful naming project, given that so many of the individuals in African regiments that form part of the Lives of the First World War Project at the IWM  have only a first name, and in many cases even these appear to be imposed nicknames.

This absence of acknowledgement is one of the reasons why the ‘WW1 in Africa’ project is so powerful, bringing together research, images and activism. Their goals are challenges to those writing and working in commemoration during 2014-18:

In light of current zeitgeists — a morbid obsession with the past in Europe, an unfeigned disdain for anything but the future in Africa — we believe the Centenary to be a fertile common ground for investigating the present. 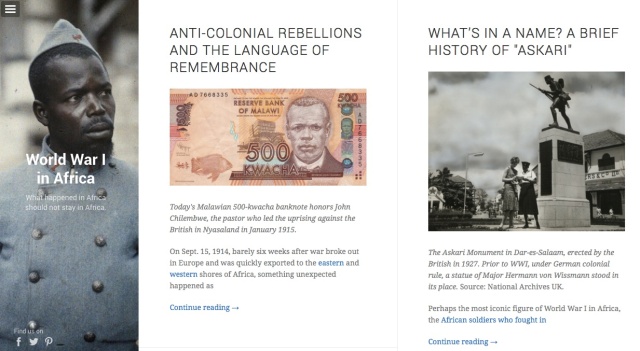 An educational dvd ‘Let Us Die Like Brothers’ on the Mendi disaster (c.20 minutes) developed by the Commonwealth War Graves Commission and the History Channel is available on request from CWGC

The Great War in Africa association, includes a range of links and events for those interested in discovering more.

Images from the ‘Prisoners Pictures. Science and Propaganda in the First World War‘ exhibition (Frankfurt)

*The title is taken from a comment by a member of the public on the WW1 crowd sourcing project, ‘Lives of the First World War’