Robert Berold is a South African poet and editor, author of four books of poetry and four books of non-fiction. Between 1989 and 1999 he edited the poetry journal New Coin and went on to edit a selection of New Coin’s poetry of that decade, titled It All Begins (2002) as well as a collection of New Coin’s interviews with poets. For the past 20 years Robert has been the publisher and editor of the poetry press Deep South. He spoke with Tom Penfold via email about poetry and publishing in South Africa.

Robert Berold: Poets develop quite early a strong instinct to find and hear poetry that nourishes them. I trusted that ingrained compass and used it to steer my editing of the New Coin poetry magazine in the 1990s. That approach worked for me and I carried it into book editing and publishing.

To edit and publish (and teach creative writing) takes a lot of creative energy, because you have to give yourself to the world of the other person. These activities, though I went into them willingly, have reduced my own poetic output: my last (fourth) poetry book was published 12 years ago. This bothered me for a few years, but not much anymore. I find it fulfilling to work with good writers and help them get their work out. I no longer teach writing. I want to bring other people into Deep South so I don’t have to do all the publishing on my own. But I will carry on editing poetry, I enjoy it. 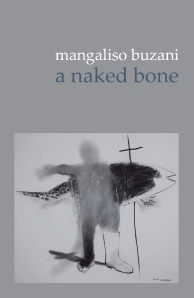 What is poetry to you?

It is language in its fullest, most expressive, form. Because it includes the tones, images, and rhythms of the body, the unconscious, music, the imagination, the inexpressible and the unsayable, the irrational movements of mind and heart and body, the histories of words, rich ambiguities of meaning and syntax. It’s a natural language that we all know or have known, but it gets flattened to some or other degree in our hundreds of daily texts and interactions.

What is your relationship to the audience, both as a poet and as a publisher?

I don’t look for such a relationship directly, even though I like doing readings. I’d rather put my energy into getting a text as good as it can be, and a book as beautiful an object as it can be. I really do believe a book finds its readers, eventually. Admittedly this is an unsound sales philosophy, but the books do mysteriously arrive in the right readers’ hands. Just about all of them keep selling slowly.

How did Deep South come about and what were your aims in establishing it as a press? 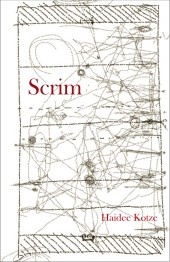 Deep South came about while I was editing New Coin in the 1990s and Seitlhamo Motsapi, one of the truly original poets who was publishing there, told me that no-one was interested in publishing his manuscript. I was so outraged by this that I spontaneously told him that I would do it. I approached my friend Paul Wessels, who ran a mail order bookshop called Deep South distribution, and we got together to do it, calling the press Deep South. Motsapi’s earthstepper was first published in 1996. By the early 2000s, Paul and I had published three books, with me doing the editing and him the design and layout. After that I continued with the press on my own. There are now 33 books.

My aim was, and still is, to publish the poetry I like. To avoid losing financially I can’t pay myself for editing, and I have to raise funds for production costs, which have come mainly from the National Arts Council. Sales income covers admin costs, publicity, and sometimes production costs (design and printing) when sponsorship cannot be found.

I’ve recently spoken to Angifi Dladla, a fellow South African poet, in relation to some of my own research. He is a poet whose work you have published in both New Coin and through Deep South. He praised your bold approach to publishing, and innovation and risk are certainly features of much of what Deep South offers. How much of a challenge has publishing such innovative, creative work been?

Publishing risky innovative work hasn’t been that difficult, because I am not looking to sales to carry the costs. Getting most readers to recognise the quality of the work is something else. It doesn’t help that there is hardly any critical dialogue in SA poetry, just variations of publicity and the myopic certainties of identity politics. 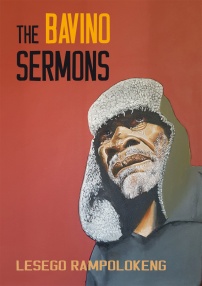 Ultimately I can only publish work I feel to be engaging and moving.  I’m biased towards image, viscerality, physicality, musicality, plain language, and old-fashioned modernism. I know that some poets will have very limited sales because they will be considered difficult or confrontational – but I don’t mind. I try to take a long view, publishing books that I think people will still read in 20 (or 50) years time. There aren’t too many manuscripts like that.

Angifi also spoke of your friendship and close working relationship. What is important to you when publishing poetry and how important do you find your relationship is to those poets whose work you are publishing?

Well if I know the poet, I can engage with him/her in a less formal and more direct way. Many of the poets I publish have never come across the concept of making and editing a book. They just put all their poems into one document and that’s it, now it must be published. Which is understandable, especially for a first book. It’s my job to persuade them that their book should have a shape (a unique organic shape, determined by the poems). And that each the poem in the book must add its weight, and that some should be dropped, even some that the poet is sentimentally attached too. Egos, including mine, have to be negotiated in this process. 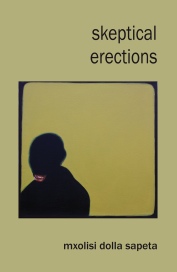 Turning towards some of your more recent publications now. Africa in Words publicised the latest collection by Dolla Sapeta, Skeptical Erections, over Christmas. Meanwhile, we have also covered Mangaliso Buzani’s win of the Glenna Luschei Prize, with a naked bone. These are both published by Deep South. How would you describe these collections and what attracts you to their work?

Sapeta and Buzani were two of the three Eastern Cape poets which Deep South published in 2019, the third being Ayanda Billie. All were graduates of the MA in Creative Writing course at Rhodes University, which I coordinated from 2011 to 2016. Although these three poets are very different stylistically, what they have in common is a deep emotional and physical connection to life in the Eastern Cape townships 25 years after the end of apartheid. They describe the communities they grew up in as they are now, devastated by huge unemployment, widespread crime, domestic and sexual violence, cheap drugs, municipalities corrupt to the point of standstill. They document with careful observation how a healthy community spirit has been overtaken by an every-man-for-himself cynicism.

What are your hopes for the future of Deep South and for poetry in South Africa more generally?

Deep South will continue. I think of it as an archive of poetry of this time that will still be readable in 20 or 50 years.

For South African poetry my hope, or maybe wish, is that our poets will search the poetry of other cultures, languages, histories, to find poems that deepen and provoke their own writing. Find and adapt the forms they need, so they can add to their innate talent the confidence to take further risks into larger realities. In other times and other places great poetry was written in really chaotic circumstances. Let’s learn from them. Poets with depth of feeling and awareness of poetic form can make us rethink what poetry can do. I’m thinking of poets as diverse as César Vallejo, Aimé Césaire, Attila József, Marina Tsvetaeva, Tchicaya U Tam’si, Jayne Cortez, Mafika Gwala and Tadeusz Różewicz – a (partial) list of poets that feed me. Everyone must put together their own shifting canon. 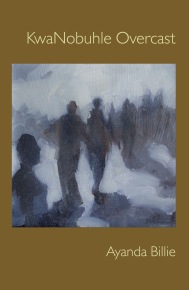 You mentioned recently that many of your publications are now available online as ebooks. How have you found this experience and how do you think the online space has affected poetry in South Africa and across the continent more broadly?

I’m not sure I can answer this because I don’t know. It’s nice to have the ebooks that African Books Collective have put out but I don’t know if they have affected readership. The internet is a great resource for poetry, and there is so much going on there. But sifting through and finding what you really need to read remains as difficult as searching in a library.

What is upcoming from Deep South that we should all look for?

Next are Chris van Wyk’s Selected Poems, Sudanese poet Taban lo Liyong’s book-length poem After Troy, and a prose memoir by Colleen Higgs called my mother, my madness. Lined up for next year are books by Henali Kuit, Dimakatso Sedite and Richard Fox. 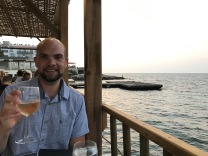 Tom Penfold is currently a Visiting Lecturer at the University of Birmingham. His research centres on contemporary South African literature, with a specific focus on poetry and performance culture. He is the author of Black Consciousness and South Africa’s National Literature (Palgrave 2017) and numerous other journal articles. Tom is one of AiW’s current Reviews Editors.