In the first story in Stanley Gazemba’s collection Dog Meat Samosa (Regal House Publishing, 2019), Mukabwa is a subordinate member of staff, a disgruntled hospital cashier working in the morgue. As the narrator reveals, Mukabwa is nonetheless in a position of power. The story begins as a portrait of a man trying to earn a little extra. But Mukabwa’s refusal to prepare bodies for burial before his pockets are lined with grieving relatives’ money quickly manifests as both manipulative and cruel. The lengths to which the protagonist goes to secure a bribe is pretty extraordinary, exploiting even the dead (or ‘customers’ as Mukabwa calls the bodies in his care). When it seems as if his boss might be on to him, Mukabwa hides illegally obtained coins in a corpse’s mouth: Mahali pema peponi (‘A safe resting place in the after-life’) and pleads innocence.

This story, “Pema Peponi”, sets the tone for the twelve that follow. Like Mukabwa, many of Gazemba’s characters are hustlers. Money, and the lack thereof, is central to the stories in Dog Meat Samosa. Everyone schemes and deceives. But the scheming is more than just a matter of getting by; it is the crux between life and death.

This was the city, and cutting corners was inevitable in pursuit of profit. (“The Stronger Hand”, p. 35)

Stanley Gazemba’s collection is a negotiation of Nairobi, Kenya. The stories are not about the corporate quarters of the East African capital city, but about the backstreets, the marketplaces, its so-called ‘dark underbelly’. Although the city seems to be a constitutive subject at times, Dog Meat Samosa is largely about the personalities that reside in Nairobi; about gangsters that possess the streets; about the weave of relations and spaces in the city and about what that weave leads to. Most of the stories evoke a mean, jarring reality. 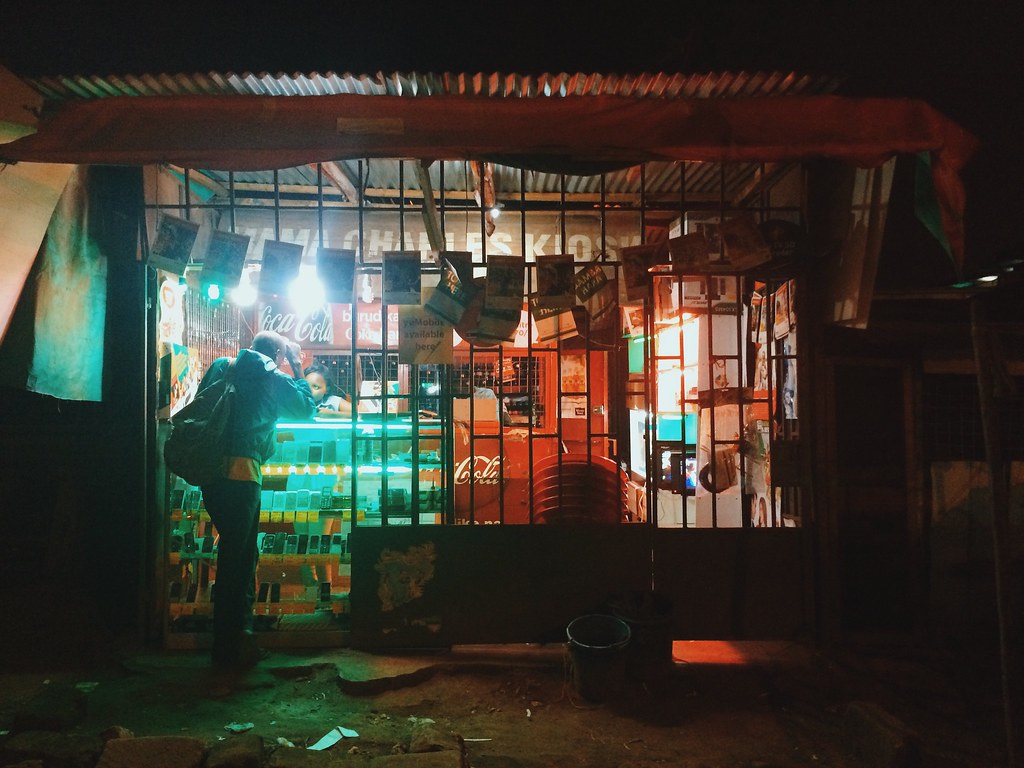 The author neither romanticizes rural life nor condemns the moral decay of the urban space, but the storied experience of the city is, in many cases, an encounter with violence. This is perhaps most vividly depicted in “The Stronger Hand”. This narrative’s first-person perspective provides the reader with a particularly intimate entry point into the life of Apuka, an orphaned young man who grows up in rural Uganda and moves to Nairobi to pursue the family’s brewing business. Starting out with hopes and dreams of a better life, the narrator leaves his uncle in the remote hometown of Apac and sets off to the East African city. Apuka’s life up to this point has been hard enough –he lost both parents to a battle between the Lord’s Resistance Army and government forces in Uganda – but it doesn’t get easier. We travel with Apuka into the dizzying city, observing all of the contrasts between the rural and the urban spaces. More than this, we also witness the stark polarities within the city itself: Valley Road and its elegant houses alongside the “less-pleasant dwellings of Kawangware”; “a bony dog” and the “pot-bellied child” (33). As our narrator settles into Nairobi, he learns the tricks of the trade and is obliged to fall in with his own kind: his pygmy cousins. While we learn that gangs are generally rife, Kaka, a club owner stealing clients from Apuka’s brewing business, emerges as our narrator’s true rival. Once Kaka is in the picture, the tone shifts from what seems in some ways to be a lighthearted coming-of-age narrative to one of “furious jealousy” (41), brutality, and eventually murder.

The themes in this collection are diverse and variously developed. However, a common thematic thread running through many of the stories is the loss of childhood innocence. Although the ending to the story is ambiguous, “Shikwe and Andati’s Assignment” highlights this point. Good friends Shikwe and Andati are set up by various male neighbours to seek revenge on an uncle. While the boys are not particularly fond of the man, the resulting attempt to smother him in his sleep proves to be a step too far. What is at one moment a silly child’s fantasy turns out to be a near tragedy.

Childhood in “Chinese Cuisine” is equally eroded. Indeed, the omniscient narrator signals a lack of innocence from the start of this story with the introduction of the street boy called Pinchez. In some ways Pinchez recalls a character type that the reader might expect to find in writing by South Africa’s Alex La Guma. In particular, the description of the street boy brings to mind Joe in “A Walk in the Night”, who is described as grimy and having a quality about him “like something forgotten in a junk shop” (La Guma, 8). In “Chinese Cuisine”, Pinchez is depicted as “grubby”, “greasy”, and high on glue (66). The reader feels a pang of sympathy for Pinchez. What is this character’s backstory? How did he end up competing with stray dogs “for garbage and food scraps” (66) on Nairobi’s backstreets?  It becomes clear that corrupted innocence breeds corrupted innocence, however. The reader’s feelings for Pinchez change when the narrator reveals that the street boy’s curiosity for Fanta, an albino child who works with her aunt at the family shop, turns into a dangerous fantasy of earning millions from selling albino body parts (69). Fanta’s fear of being hunted is acutely felt when she witnesses Pinchez, together with his friend Jomo, skinning a dog. The two boys approach Fanta as though she is their next prized piece of meat. Although she escapes, in the end Fanta is no longer the contented, happy young girl she was. She is rendered mute, “her eyes wide with fright” (81).

Dog Meat Samosa is pregnant with the fears of ordinary people. The stories pulsate with risk, albeit in its many varying guises. The risks result in the build-up of diegetic tension. Along with “The Swindle”, “Tommy Hilfiger” is perhaps the tensest in the collection. This is emphasized vividly in the characterization of Harrison, the mzungu, with his flaring, irrational temper:

Jamin and Alice were in a scare. The boss was not in a good mood, and from the thumping coming from upstairs as he rummaged through furniture, fuming like a caged bush elephant, it was not a small matter that would end in the bedroom.
(“Tommy Hilfiger”, p.82) 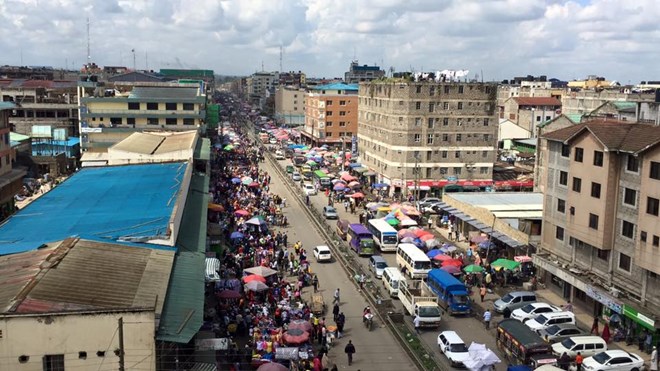 In contrast and offering a little relief, the story that follows this one is a real delight. “King of the Night” is about an unnamed escapee schoolboy. Although the tone is serious at times, exposing moments of the boarding boy’s homesickness, torment induced by bullies, and vermin-infested dorm rooms, the story is spattered with entertaining, alliterative sections such as: “freshly cut cypress canes whacking wriggly bottoms” (102). Indeed, Dog Meat Samosa can be fantastically humourous. This light touch softens what could be quite a sober account of the quotidian fabric of East Africa. Among other reasons, this is why the collection is such a pleasure. Gazemba writes the commonplace, yet the prosaic becomes poetic. Hope is narratively woven into the harsh; relief is woven through dread. As the narrator of “King of the Night” reveals, the schoolboy manages his escape successfully. We see him boarding “a rickety, patchy, tarp-roofed matatu” in the last paragraph and sighing a sigh of “pure joy” (102). While one might imagine that he will be sent back to school by disapproving parents eventually, a little jubilation is required for the achievement: a dream fulfilled.

Stanley Gazemba’s prose is raw. He thrills the reader’s senses. At times, Dog Meat Samosa is an exceptionally aural experience. Music and East African instruments surface in many a story in the collection, but it is the sounds of the city; of tight living spaces; of the night; of nature; and of fear that are so wonderfully evocative, vibrant and sonorous.

Overall, the stories capture a diversity of voices and situations. Gazemba elevates the life of the proletariat in a bustling African city in this collection, giving voice and space to many. Occasionally, there is a conservativeness that seeps into the prose, such as in the depiction of women and the roles assigned to them. This is perhaps most obvious in the reading of the story entitled “Small Change” in which Godo’s wife is expected to behave a certain way; to be back home at a certain hour; and to have her husband’s evening meal ready for him when he returns from work. However, equilibrium is regained when, in “Hearse for Hire”, the first-person female narrator discloses her knowledge of world affairs, her level of literacy, and the love for reading that she harbours. The confident sense of style that this character carries and her depicted beauty also provoke a departure from what might otherwise seem to be a somewhat stock portrayal of Nairobi’s women in Dog Meat Samosa: as either wives, prostitutes, or mama mboga (market sellers/ ‘vegetable women’). To be sure, male stereotypes are also fulfilled and then relinquished. The collection’s most significant weakness then is, perhaps, also a strength: the stories give occasion to the disturbance of stereotypes and seem to deftly capture the author’s positionality. 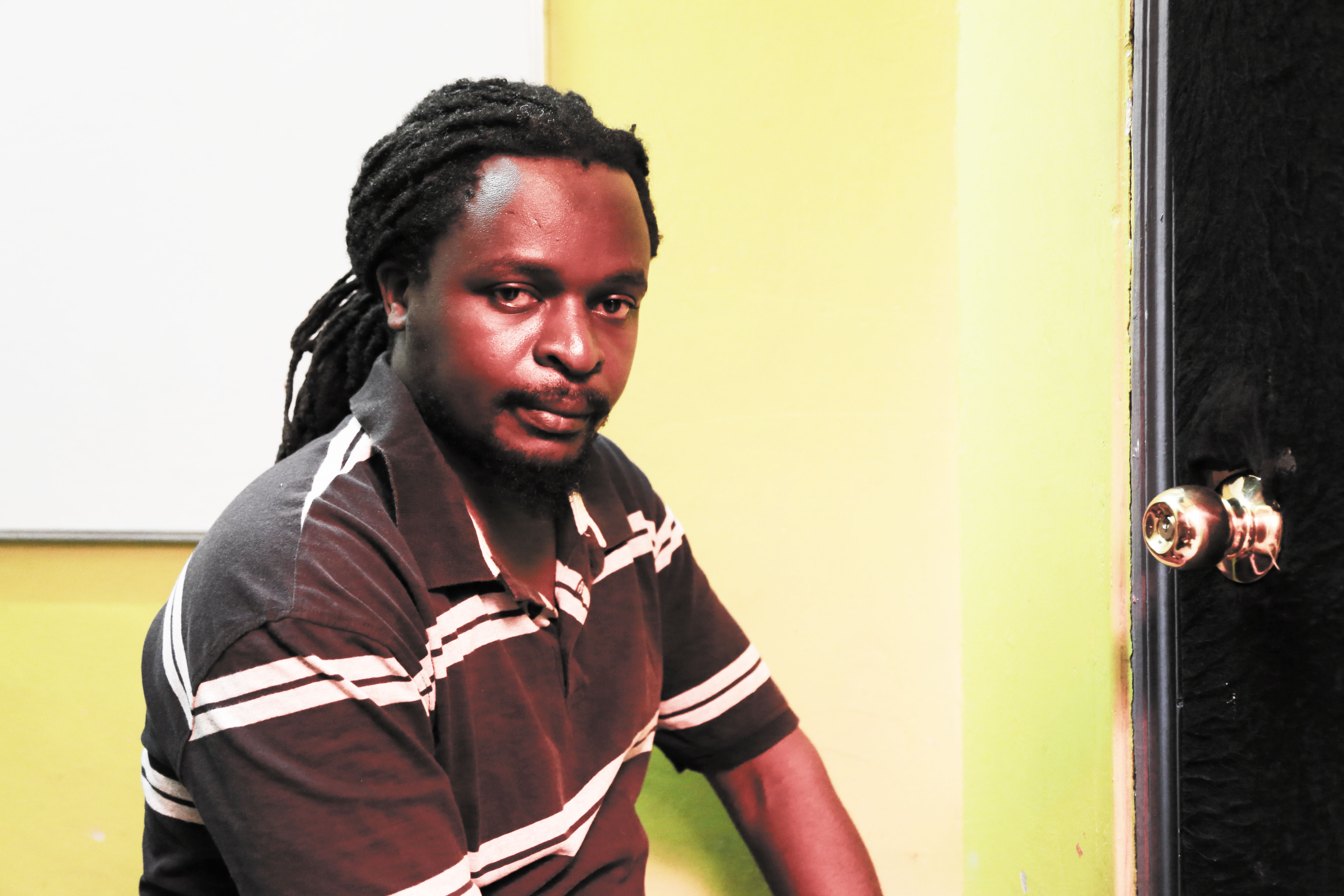 Dog Meat Samosa serves as a powerful introduction to the fiction of Nairobi/ Kenya for readers who may not already be familiar with it. For the uninitiated, the author translates and explains Swahili terms throughout. For the well-acquainted, on the other hand, these short stories provide an enthralling addition to a growing corpus of urban literature from East Africa. Stanley Gazemba’s collection deserves its place alongside works such as Going Down River Road by Meja Mwangi, My Life in Crime by John Kiriamiti, and Absolute Power and Other Stories by Ambrose R. Keitany.

Stanley Gazemba is a journalist by training. He is the author of several novels, including The Stone Hills of Maragoli (2002), recipient of the Jomo Kenyatta Prize, Khama (2012) and Callused Hands (2013).

Joanna Woods is currently studying for her doctorate at Stockholm University. Her main research interest lies in contemporary African speculative fiction. She previously lectured at Chancellor College, Malawi and has a book published: A Negotiation of Ideas about Home in Malawian Poetry (Langaa, 2015). Joanna is AiW’s current Communications Editor.