AiW note: This is the last in a series of poetry reviews on the New-Generation African Poets Chapbook Box Set from AiW Guest Rashi Rohatgi. You can find the introduction to this series here, and reviews of the previous volumes in the set on Disapora, Heartache, Politics, and Memory.

Omotara James’ Daughter Tongue is a coming-of-age collection about a mother-daughter relationship; grounded in the daughter’s perspective, we see the relationship evolve as the daughter discovers herself. James threads the mother’s coming to terms with her daughter’s sexuality with the mother’s lifelong negotiation of her daughter as not only another being, but another body. DéLana R.A. Dameron, in the preface, is on point when she describes the collection as “biting and lush” (4).

The relationship is shown starting with the daughter’s body as infant, being cloaked in tradition: sugar, honey, salt, crocodile pepper, water, kola nuts. Also: ata ire, for fertility (Prologue to a Name, 7). Contextual wishes, reflecting James’ Trinidadian, Nigerian, and American heritage. Childhood, next, in ‘The Talk,’ (9), with boys 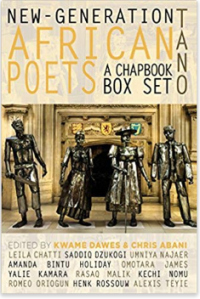 like they were turning the earth, like it was their rite
to pull us through that passage

she looks up / from the frying pan and / I look down
as she asks me / what it is that we do / She means,
sexually

As the speaker carries on with her life, musing about her students

how to define gentrification

only how it feels

…she gave up on trying to change me
and only wanted to understand. 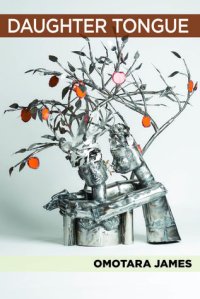 At first this revelation seems narratively unearned, but in the poems that follow, the speaker fills in – fleshes out – the spaces between the earlier poems’ story. The daughter is raped; the mother’s response is not, as the speaker remembers desiring, a hug, but it’s not unfeeling – culture, the speaker reminds us, not just the skin between two bodies, keeps them from one another. The daughter’s body is voluptuous, ever fattening; the mother’s response grows – frustrated, perhaps, or uncomprehending, but always, always, involved.

Alexis Teyie writes about mothers, also, and about fathers, and like James, about a queer relationship; her Clay Plates: Broken Records of Kiswahili Proverbs is most of all about what language means as it fills and flows through all of these relationships. Each poem has an English title and an untranslated subtitular proverb in Kiswahili; for readers without Kiswahili, the poems beg to be read twice. The translations of these proverbs, these methali, are provided at the end of the collection, not as an answer key or a glossary but perhaps also as a chorus.

Kwame Dawes, in his preface, writes that for Teyie, “language is a place of urgent contestation… not simply a matter of national or mother tongues” (6). The first proverb she offers, prefacing the poems (11), is

[in her own translation]: …masking one’s eagerness with a false nonchalance.

there are echoes of this sentiment throughout the collection; in, for example, the first poem, ‘Clay Plates’ (13), she writes

I place plate over plate, I
resist the counting instinct.

Upon first, monolingual, reading, however, the speaker/mother(?) relationship  yields this closing stanza, this diametrically opposed philosophy (Where All the Ladders Start, 14):

…don’t let a boy
forget, not even a little, 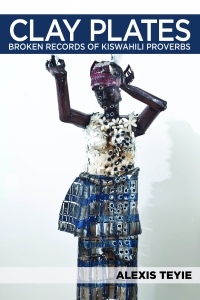 how much work you are.

As the speakers recalls their past relationships, not only romantic but also familial, these boiled down words stick; the past is nothing, the poems seem to tell us, but the way we know how to make a phrase sound true. In ‘Sediments’ (16), the rhythm of proverbs stretches to encompass what the speaker needs:

For instance, a whole face
can find rest in two palms.

The poem ‘There It Goes’ (19), worth reading in its entirety, has these lines encapsulating the sentiment:

I feel what I feel should be felt.
I say nothing new, nothing different.

… Rejecting the popular, Do
not go gentle into that good night, I have settled on Stevie Smith: Not
waving but drowning.

The closing set of proverbs, though they were born out of a context foreign to readers of the translations, become, upon second reading (after reading the poems again with the proverbs translated and in mind), alive for us because of their connection to the speaker’s concerns, to Teyie’s verse: a universe of language, deftly constructed.

Amanda Bintu Holiday’s collection, too, is a set of juxtapositions; The Art Poems is a set of poems in response to pieces of art – though not Holiday’s own. I was surprised to find Holiday in a collection of new-generation poets, but the themes that powered her visual work – richly symbolic, Gaugain-inflected paintings and videos exploring black womanhood and narrative – are still relevant, and they lead to quite interesting poetry. In an interview with The Promota, Holiday (born in Sierra Leone) suggests this foray into poetry was a long time coming. “I was top in both English and Art,” she says, speaking of her childhood in the UK. “But I was the only Black girl at school, so I guess they couldn’t exactly give me the English prize. I got Art instead and this had an impact on me.”

Kayombo Chingonyi, in the preface to this collection, asks us “what is to say an imagined artwork is not also important?” (5), and it was in this spirit that I decided to read the poems, first, without simultaneously viewing the visual images on which they were based (and which Holiday lists at the end of the chapbook). Like Chingonyi, I often smiled in response to the short, punchy narratives; the images would shift and spin with every new lines, as in

We sit in worn frills and garters 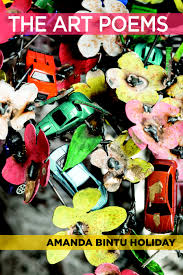 holding on to our daughters

becomes more delightful with the addition of

and granddaughters
(The Dame with the Goat’s Foot, 10)

Some poems can only be described as delicious; after reading ‘Hat,’ for example, with its pitch perfect description of shopkeeper racism, I thought the image on which it was based must be three-dimensional.

Rereading the poems with the images visible gave me another experience; the juxtaposition of ‘Hat’ and Zanele Muholi’s proud and quite serious Babhekile II let the tone of each seep into the other, domesticating the black and white image, reminding us that the indignation engendered by the anecdotal poem is noble.

Part of the pleasure of reading Holiday came from knowing, a bit, what might be coming next – reading ‘Loss of Virginity’ (17) and seeing Gaugain’s fox instantly took away the process of imagining and then revising my expectations of the image, but it let the visceral power of Holiday’s poetic response pack an ever bigger punch. Dawes and Abani’s fifth collection, Tano, is full of poets I fully expect to enjoy even more as their careers grow and develop – I recommend reading them here, first, and then following closely. 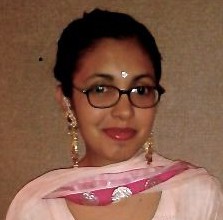