Review: Terry Kurgan’s “Everyone is Present”

Terry Kurgan is one of South Africa’s most accomplished and sophisticated theorists of her own photographic practice. Her projects, both studio-based and publicly engaged, have frequently explored the mediations of power relations at play in domestic photography. In Everyone is Present she offers a set of sensitive readings of a small cache of family photographs from the mid to late 1930s and early 1940s as its own kind of experimental art practice. The result is a deeply personal meditation on authorship, memory, and photography. 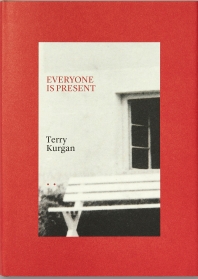 On the day of the German invasion of Poland in September 1939, Kurgan’s maternal grandfather, Jasek Kallir, ignoring protests from his wife Tusia that they leave their home in present-day Bielsko-Biała to join her parents in a town further east, makes his way to the pharmaceutical facility he manages in a town thirteen kilometres away to pay his workers. ‘Everyone is present,’ Kurgan writes, ‘but in a state of nervous anxiety’ (79). Whose presence is registered—in multiple discourses and forms of representation—is the recurrent subject of Kurgan’s book, as are the states of nervous anxiety bequeathed by the events that unfold as a result of this fateful day.

Jasek returns to find the family’s apartment empty. His taxing journey to catch up with his wife and two daughters—Kurgan’s mother Leonia, aged four, and Sophie, eight—takes several days, and is but the first leg of a remarkable flight that takes this middle-class family out of Poland. With Tusia’s mother Roza, brother Wilek, Wilek’s wife Lilka and their baby, Lilka’s brother, and Roza’s niece, they make it across the border to Romania a day before the bridge is closed, then across the Balkans through Turkey, Syria, Iraq, Iran, and India, over several years, on a series of temporary transit papers. The group hopes for safe haven in the West, but country after country is closing its borders to Jews. Brazil remains receptive, but a member of the party falls ill and the family is quarantined in Mombasa. By the time they reach Cape Town, in early 1941, their visas have expired and Brazil wants them no longer. Trapped in a country in which they had no intention of settling, they are unable to work or settle until, through the offices of Jewish charities, they are granted a right to remain.

The family arrives, ironically, just as white voters give a majority in the Union parliament to an Afrikaner nationalist party that owes aspects of its rhetoric to national-socialist ideology of the kind whose violent racism led directly to the Holocaust. As Kurgan observes, ‘my grandparents, having—barely—escaped from one crime against humanity, were to become deeply implicated in another’ (199). Everyone is Present is notably silent about familial responses to apartheid (though Kurgan herself has engaged throughout her career with its legacies), apart from suggesting that, while finding aspects of the system grotesquely reminiscent of their own experience of discrimination, they took advantage of the opportunity for something like a new life, which assimilation into South African whiteness allowed.

Jasek never stopped feeling Polish (indeed during his final illness, in 1973, ‘reverted to talking to everyone’ in the language [13]), even as the country he had known—along with the Jewish community from which he had often felt alienated— ceased to exist. Kurgan’s is not, however, principally a Holocaust survival narrative. Instead it attempts to come to terms with the kinds of inheritance that mark all descendants of survivors of displacement and forced migration. There is a poetic irony, too, Kurgan observes, in the fact that her family’s trajectory—in its Eastern European and Middle-Eastern legs at least—is almost exactly the inverse of the journey made by so many seeking refuge in ‘the hostile fortress of Europe’ in the present (126). Migration, then, is perhaps also everyone’s present state, just as any family’s history encompasses shame and loss, as well as delight in the everyday. It is precisely the everyday ordinary, secrets that ordinary objects (and photographs) reveal or withhold, that intrigues her.

The narrative is not strictly chronological, nor does it resolve easily into clear interpretation. It does not seek closure: there are gaps and elisions, silences and refusals. Some of these are explained by Kurgan’s respect for her mother, still living, on account of her difficult relationship with her own mother, Tusia. If not the antagonist in the narrative, Tusia is both Jasek’s complex, unfaithful co-protagonist, and the spectral, unloving mother haunting the adult Leonia. Here is the problem of the incommensurability of individual experience. Even shared experiences are remembered differently: everyone’s present becomes a different past. Kurgan acknowledges this as she reflects on her mother simply refusing, at one point, to continue to translate from Polish during a trip they make together, in July 2015, to Bielsko-Biała.

Photo 1: Tusia (right) with her lover and Leonia (aged 4)

There are gaps, too, because the images that Kurgan reads—with a practitioner’s eye for the telling detail, the punctum, the felicitous accident—are so very ordinary. Jasek was not a professional image-maker but a manufacturing chemist who had wanted to be an analyst (his father forbade this, though it would have been impossible in any event in the wake of Polish legislation blocking Jews from such training). He was a dedicated, but by Kurgan’s own admission not terribly accomplished, amateur photographer. Yet the images are fascinating. These are ordinary people, here apparently enjoying the pastoral idyll of a resort in the foothills of the Carpathians, here in a bourgeois apartment filled with dark furniture and wallpaper. This idyll will soon be overtaken by war; this town in the borderlands of states whose borders have been shifting over the past century will soon cease to be a home. The images are equally fascinating when they refuse interpretation. ‘As I enlarge the photograph to the point just before it dissolves into a two-dimensional grid of pixels,’ Kurgan writes about one, ‘my inability to uncover the meaning of that gesture is perhaps part of the meaning of that time’ (87).

The images are wonderful in their banality and their temporal specificity, but it is Kurgan’s descriptions that make them remarkable. Her grandfather might not have been a psychoanalyst, but the images reveal repressed emotions. ‘What was my grandfather looking at as he took this photograph? Was he recording his own suffering?’, Kurgan wonders about a photograph that records her ‘little mother’ whispering in the ear of her own mother’s lover, as Tusia looks on. Taking this photograph in 1939 did not involve the automatic focus, point-and-shoot technology that would come much later. Jasek would most probably have used a Leica with a rangefinder, lining up thin horizontal and vertical lines to form a cross. ‘I measure the photograph, and in spite of the drama in the foreground being enacted between the man and this small girl child, its dead centre is just a hair away from my grandmother’s heart’ (25). [Photo 1]

Everyone is Present is also a meditation on authorship and photography. Kurgan’s grandfather’s images are juxtaposed with those of the same locations recorded by Google’s roving, mechanical eye. What remains present of past traumas in the surface rendered so ubiquitously accessible in the present? What trace is there of that the erasure of which seems redoubled by the apparent absence of intention in these virtual performances of presence? As Kurgan observes, ‘the artlessness of Google’s all-seeing, yet unengaged photographs denies […] connection. Even when peopled, the images they present seem lonely and isolated. They annul history; make close and, ironically, far distant what once happened there, in broad daylight, right under their view’ (107). [Photo 2]

Here the ‘everyone’ of the book’s title perhaps also assumes its most chilling connotation. Reflecting on the jubilant welcome that awaited the German army in Bielsko, chiefly from residents who had never stopped thinking of themselves as part of a larger German-speaking entity (the town had once been within the borders of the Austro-Hungarian Empire), she wonders too how many of the elderly residents who remain in the town, even in the apartment block that was her mother’s first home, were gleeful at the fate of the town’s Jews. Everyone was present; no one could deny knowledge of what was to come, in which ordinary Poles took part. Who is present in whose histories, national and familial, remains a driving concern of Kurgan’s volume.

Towards the end of the book, recounting the visit she and her mother made to Bielsko-Biała, Kurgan reflects on her reluctance to leave the town, her presence in the place that retains no trace of her grandfather: ‘still looking for a molecule of air they might have breathed, a flake of skin, an eyelash, I suddenly notice my own reflection in the mirror, looking through my camera lens, and it drives home the point of the complete impossibility of a very particular kind of retrieval’ (266). ‘Photography finds its meaning between absence and presence’ (107), she noted earlier. It is that tricky, evocative, difficult, endlessly productive space that Kurgan explores with such elegance and thoughtfulness in a volume whose material heft and attention to detail matches its weighty subject matter. 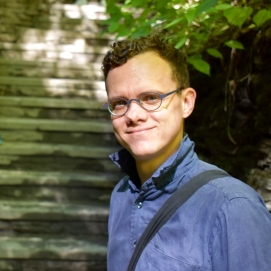 Andrew van der Vlies is Professor of Contemporary Literature and Postcolonial Studies in the Department of English at Queen Mary University of London, and Extraordinary Associate Professor at the University of the Western Cape in South Africa. He is author of a number of scholarly articles and chapters on South African literature, visual culture, gender studies, and print cultures (including contributions to the Oxford Companion to the Book, Cambridge History of South African Literature, and Oxford History of the Novel in English) and of the books South African Textual Cultures (Manchester, 2007) and Present Imperfect (Oxford, 2017), editor of Print, Text, and Book Cultures in South Africa (Wits, 2012), Zoë Wicomb’s Race, Nation, Translation: South African Essays, 1990-2013 (Yale & Wits, 2018), South African Writing in Transition (Bloomsbury, 2019, with Rita Barnard), and of the journal SAFUNDI. He serves on the Editorial Board of the Journal of Southern African Studies.

Everyone is Present is available, in South Africa, from sales@jacana.co.za. In Europe, you can order from Idea Books: http://www.ideabooks.nl