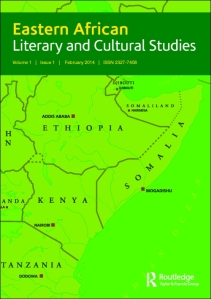 This special issue intends to bring together practitioners, academics and critics to engage with contemporary forms of literary activism on the African continent.  From new writing prizes to literary festivals and spoken word nights; translation initiatives to mobile libraries and book distribution outlets; podcasting and social media to small magazines and print books, the African continent today is host to myriad modes of literary activism and engagement.  Yet, while significant scholarly and critical attention has been paid to the continent’s so-called ‘literary renaissance’ over the early decades of the 21st century, less visible in these discussions have been the structures, networks and institutions which have underpinned the emergence of this new work. In this special issue, we seek to fill this gap by inviting contributions which explore the ways in which individuals and collectives have attempted to curate and cultivate outlets for the production, promotion and dissemination of literature, conceived here in its broadest form.

Through this, our intention is to question and challenge the geo-political cartographies, hierarchies and structures of power which often over-determine perceptions of cultural institutions and literary production from the continent. And to ask: What histories and trajectories of literary activism can we map across the continent? What valences emerge when we consider the idea of literary activism in its largest and most robust sense, linked implicitly or explicitly to a long, multilingual history of literary activism? How do self-defined literary activists conceive of their role in contemporary Africa? What forms of claims-making emerge around citizenship, society and public life through their work? What kinds of social, political and cultural lacuna do literary institutions attempt to fill? What ambiguities and ambivalences might arise at the nexus of financial, infrastructural and cultural concerns?  What forms of literary activism in evidence in Africa post-2000 offer sustainable and portable models for long-term impact? 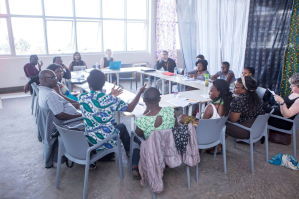 We welcome submissions from individuals and collectives, academics and non-academic practitioners which engage with the theme of literary activism and which orient themselves on the African continent.

Prospective contributors should send their 300–500 word abstracts by 10 July 2018 to amlaresearch@gmail.com and expect notification of selection by 10 August 2018. Final articles are due by 30 December 2018 and will be subject to peer review. The guest editors encourage potential contributors to establish early contact via email to k.wallis@exeter.ac.uk

This special issue comes out of a partnership between the Arts Managers and Literary Activists (AMLA) Network, the journal Eastern African Literary and Cultural Studies (EALCS), University of Exeter and University of Bristol.  As part of this we are also hosting a linked four-day academic writing workshop in Kampala between 15-18 August, 2018 and all abstracts submitted by 10 June 2018 will automatically also be considered for this.