Strategic Narratives of Technology and Africa

In 1884, a group of thirteen European policymakers met to negotiate standards for the “effective occupation” of Africa. At the time of this now-infamous Berlin Conference, about 10 percent of Africa was under European control. By 1914 Europe “controlled” 90 percent of the continent.

In 1987, a little over one hundred years after Berlin, a group of technologists from fifteen European countries met on the island of Madeira, and in a highly fractious and politicized meeting set standards to divide time and radio spectrum, narrowly agreeing on the technical specification of the GSM mobile
telephone system. At the time less than 1 percent of Africa was covered by phones. By 2014 mobile “penetration” in sub-Saharan Africa was around 80 percent.

Africa was never mentioned in the Madeira meeting. Indeed the UK representative described the spread of GSM to people globally, including those who “live in the poorest countries on the planet,” as an “unintended consequence.” Yet, mobiles have been described as “the new talking drums” (de Bruijn), and a “communication lifeline” (Pew Research Center) that will “pave way for huge opportunities” (Financial Times).

Phones have swept through the African continent in the last decade, followed by WhatsApp, fiber, and mobile payment systems. As recently as 2000 Manuel Castells could call Africa “the black hole of the information society,” but now the World Bank speaks of the “African digital renaissance,” citing a proliferation of tech hubs and locally produced apps. The “Africa Rising” narrative focuses on the
peaks of a complex terrain with many remarkable innovations and translations, while at the same time access is almost wholly owned by Mark Zuckerberg and a handful of telcos. In the valleys one government falsely tells its activist citizens that it has cracked WhatsApp’s encryption, while another restricts the use of Skype, and around the continent mobile operators extract the most rent possible from their poorest customers, creating new forms of poverty. International funders preach development through entrepreneurship, teach tech innovation based on Silicon Valley models, and support mobile application development for “strengthening social inclusion.” Inclusion, though, also means
imbrication into a global financial information system that is better known for its shocks than its comforts, with new forms of micro-lending and mobile cash allowing neoliberal financialization of those at the “bottom of the pyramid” and in the most rural areas. 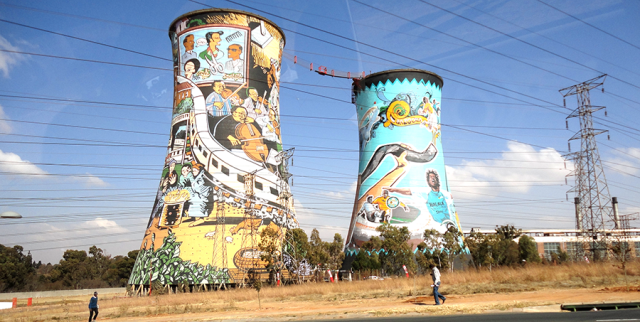 The conference brings scholars, technologists, and cultural producers together on the island of Madeira: a European territory off the coast of Africa, a historical site of mutual entanglement between the Atlantic continents, and a point of departure for European expansion. Here we’ll strategize ways to revisit, reframe, and recode the future of technology on and for the continent.
What can African theorists, technologists, and cultural producers do to generate alternatives to the influx of neocolonial narratives of tech entrepreneurship? Taking as a given that Africa is “a variegated site of innovation” (Mavhunga), what are key epistemologies and ways of being which are endemic in Africa that should be offered to the world through new systems and processes? Technology is politics by other means (Latour), even if its agency is generally dissimulated. How, then, might we consider anew progressive social and political goals and their conjoining with cultures of technical creativity already
embedded in Africa’s diverse contexts of life? How might new strategic narratives nurture and promote a vision of the continent as a crucible for radical new socio-technical paradigms? How can an African information economy avoid the dynamics of the resource curse, where connectivity is extractive and
exercised upon African citizens rather than by and through them? What can Western technologists do differently, and what are the spaces for collaboration? This conference aims to reinvestigate these relationships and engender dialog between African and Western audiences and participants, who should leave Madeira equipped with new strategies and new collaborative partnerships.

We are accepting papers, creative works, and technologies that explore or demonstrate alternative socio-technical strategies. Contributions should be grounded in analysis and move toward synthesis: We hope to paint the “art of the [radical] possible” and generate new threads and pathways for the
development of fresh technologies. We hope that this focus on the possible near future will differentiate this event from many generative but more phantasmal Afro-futurist speculations. Creative works and technologies eligible for consideration may include, but are not limited to: software, technical systems
(“low” or “hi”), images, objects, demos, film/video, poetry, performances, interventions, illustration, and more. Works will be selected by jury for an exhibition in Funchal, the capital city of Madeira, at the galleries of the Colégio dos Jesuitas, a re-purposed 16th century Jesuit compound.

For detailed submission guidelines and more information, please see the
conference website or send questions to Cátia Jardim at snta-admin@m-iti.org.