Workshop on Strategies for the Promotion of African Language Literature

University of Vienna
Global African Diaspora Studies (GADS) Research Platform
And Department of African Studies
May 2 to May 4, 2017 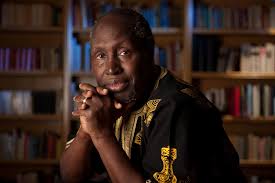 The following is a tentative schedule for the workshop, and it indicates invited and noted speakers and their topics:

5 – 7 pm: Prof Ngũugĩi wa Thiong’o : Writing in African languages (to be confirmed)
Presentation of the Exposition “The Upright Revolution”

Like Loading...
‹ Call for applications: Reviews Editor for Africa in Words
How to Write (and Draw) History in Africa: A Review of Abina and the Important Men ›