Home › Reviews & Spotlights on... › Review of Amid the Chaos by Nathan H. Mogos

Review of Amid the Chaos by Nathan H. Mogos 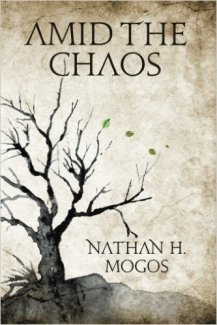 Early in Nathan H. Mogos’s novel, Amid the Chaos (CreateSpace Publishing, 2016), best friends and partners in crime Misghe and Chenkelo express their opposing views regarding life in Asmara, capital city of Eritrea:

“‘It is just not normal for any man to get used to a constant state of panic at every turn. Paranoia state from dusk till dawn, yet we strut around as if nothing is wrong. What delusion are we living through?’” the restless Misghe exclaims.

“‘It is every man for himself,” burgeoning poet Chenkelo responds. “‘You can abandon ship and seek asylum somewhere if you have had it. Maybe the rest of us are accustomed to the hustle and bustle of the wilderness we call home’” (Mogos 29-30).

This “hustle and bustle” is exactly the way to describe Amid the Chaos, Mogos’s second novel, and reflects the visceral sense of the local at the heart of the narrative. The titular “chaos” of Asmara frames the principal characters’ ongoing debate about Eritrean nationhood: should one flee the country to seek a better life for oneself, as hundreds of thousands Eritreans have already done, or should one stay and work to improve the nation from within? This question reflects an inner chaos as well, as Misghe secretly plots to escape the country while Chenkelo disapproves. 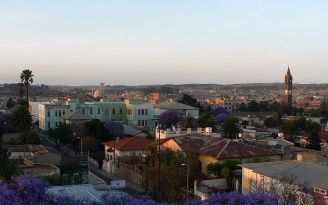 The question also reflects competing notions of individualism and community in an aggressively repressive state. The Wall Street Journal has called Eritrea “one of the world’s fastest-emptying nations,” and Mogos’s book proves timely, as its publication more or less coincided with the UN’s Commission of Inquiry into the country’s ongoing human rights violations. In an interview, Mogos explains, “People stream out across the border by the thousands every month. Yet very few investigative, thorough, or objective narrations from the people’s point of view are available.” 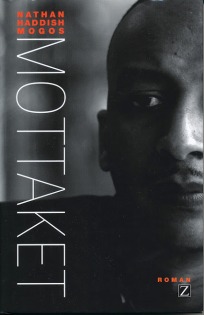 But Amid the Chaos is less about the imminent immigration story that hangs over the narrative than Mogos’s first novel, Mottak: An African Tale of Immigration and Asylum, which as its title suggests is about African asylum seekers in Europe. By contrast, Chaos is centered on Asmara, drawing attention to what he calls, “an African inner city existential struggle that you rarely hear about.” Rather than dwell on the nation’s violence or attempt to provide a definitive answer to the immigration crisis, Chaos instead focuses on the everyday humanity, the anxieties, joys, and titular “chaos” of Asmarino life. “It’s the people that bring life to the city,” says Chenkelo, “the real raw life right under your nose.” Living in an almost perpetual present, Chenkelo and Misghe chainsmoke their way through the capital, making money by hoodwinking business owners into feeding and overpaying them to fix their faulty cash registers. In a constant flurry of activity, they pound the pavement and reveal a harrowing yet exciting world of boisterous shoppers, ominous military police, alluring women, and a shadow economy of debt collectors. Making their way through various multicultural corners of the city, they rest only briefly to contemplate the philosophical ideologues of the nation with their former professor, an ironically elite revolutionary.

The narrative’s consistent tone in these passages capturing both chaotic beauty and disillusionment is the book’s most compelling feature, and creates a poignant microcosmic view of the nation’s problems and possible solutions. This “vibe” is accompanied by the narrative’s constant self-reflection on the nature of storytelling, which is itself also revealed to be both beautiful and disillusioning; Chenkelo is constantly journaling his thoughts and feelings, belaboring to capture poetically the essence of the life happening within and around him. Yet Misghe is the born storyteller, living for the moment rather than for the story, and his effortless ability to hold people’s attention irks Chenkelo to no end. This writerly reflexivity seems to signal a productive anxiety about how Mogos should present Eritrea. For example, he contemplated writing the novel in Tigrigna, but decided on the accessibility of English. Because of this, there are no linguistic hurdles creating discursive or ideological distance for international anglophone readers. Instead, the narrative at almost every turn seems to invite the reader in to Chenkelo and Misghe’s experiences. As Mogos explains, “the voice of our generation has rarely been narrated by us, from our own unique angle to the rest of the world in an international language without the message being lost in translation.”

Amid the Chaos is a raw, heartfelt, and thoughtful reflection on Eritrean politics and nationhood through the real everyday experiences of friendship, despair, hope, love, betrayal, and reflection. 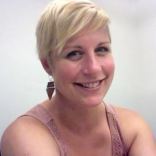 Allison Shelton is a PhD candidate at the University of Colorado at Boulder. Her doctoral research explores environmental themes and crises, especially within depictions of human-nonhuman relations, in contemporary anglophone Indian novels. Her wider research interests include global anglophone literature, literature and the environment, postcolonial theory, and cultural studies.

Nathan H. Mogos is a novelist and poet based in Norway.