Home › And Other Words... › Review of The Chameleon House: Short Stories by Melissa de Villiers 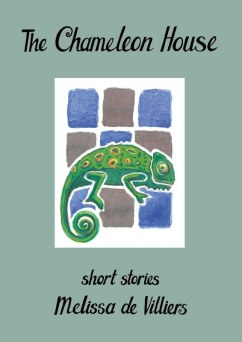 In the title story in Melissa de Villiers’ collection The Chameleon House (Modjaji Books, 2015), Dena, the one who seemingly holds the group together, is always the outsider. As the unnamed narrator reveals, Dena tastes the same as she does, of ‘beer and cigarettes’, but there was always something different about Dena. The secret emerges somewhere toward the story’s end: back in South Africa, Dena had led a double life as an activist and a police informant.

This story, ‘The Chameleon House’, has as its epigraph a quote from Muriel Spark’s The Girls of Slender Means. Similar to the characters of Spark’s novella, the four girls here—Karen, Tracy, Dena and the narrator—are in London eking out a living till Dena ‘escapes’: she is fearful of being outed in a changing South Africa. 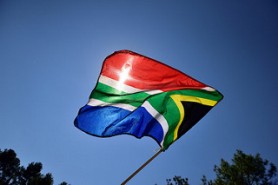 Melissa de Villiers’ stories are about a post-Apartheid South Africa, where the brutal divisions between people based on colour have been officially dismantled (there is even a Truth and Reconciliation Commission in place), yet a watchfulness remains, even a feeling of panic: a sense, especially among the old elite, of the world giving away. De Villiers’ stories are based in this grey, hard-to-place, and frequently shifting time of transition.

It’s an all-around time of confusion symbolically mirrored in the story, ‘Dry Run’, whose young narrator is secretly conducting an affair with a much older policeman. Awkward about her own nerdy self—and with her future in part decided by her father—the narrator’s secret rendezvous with the policeman signifies a rebellion against everything ‘old’, as well as a fascination with what is hard to understand.

For the older generation, outdated attitudes remain. The old elite mingles with the enfranchised new wealthy at work, yet, in their homes, the former rile privately about such “kaffirs”; for them, as for Camilla in ‘The New Equality’, ‘terror has a black face’. At the airport in the story ‘Mask’, Michelle is assured that it is always the blacks that the police suspect of carrying drugs.

Young rebels appear in several of these stories, but in their rebellion, there is also an awkward confusion about the times and about their own role in the broader social changes—something De Villiers seems to empathize with. Consider these lines from the first story, ‘A Letter to Bianca’, in which the narrator’s writing block almost reflects her host’s inability to acknowledge his relationship with his black housekeeper:

Those years were a time of bewilderbees. The country was filled with a strange vibration; it shook like the skin of a drum. Mass rallies, murderous secret police, torture, bombs and jail–all these pulsed louder now into ordinary life, changing the centre of gravity wrenching everything towards a rhythm that was unpredictable and new.

It is also the old who are bewildered by the speed of these changing times, as the narrator in ‘Mask’ describes her mother:

Ma, clinging to the old days, recognizing nothing in the politicians’ rainbow nation would never understand where the money had come from, or how far you had fallen–and how far you were prepared to go.

Often the Afrikaans that ‘salt and pepper’ De Villiers’ writing (to quote from one of her own stories), needs no explanation, yet at times it takes a while for the reader to understand, bringing up the old debate about the necessity of a glossary (for the non-South African reader, in this instance) or otherwise. But for literature to cross borders, to win more global readers, a glossary sometimes is the first thing that must be made irrelevant. I struggled only in a few instances, and for this, there was always Google. So, ‘Bokbaardjie’ (‘Mask’) doesn’t mean, as I surmised, a punkish hairdo, but a goatee; bakkie stands for a pick-up truck and not a bike.

In one of the shorter stories in this collection, ‘The New Equality’, De Villiers’ nails quite aptly the nervous, jittery quality of this new South Africa. Camilla, older than her black lover Bheki, is scouting around for a suitable place for them to make out, but there’s Johannesburg’s traffic and power outages (‘load shedding’), during which the privileged, the new elite, and the poor suffer alike. As Camilla drives painstakingly through the slow traffic, a frisky Bheki by her side, De Villiers juxtaposes the scenes unfolding outside with what is happening inside the car – something that captures the emotional vortex Camilla finds herself caught in.

This story, and another one called ‘Security’, are somewhat different from the others in this collection. Most of De Villiers’ stories have as their main narrators troubled young women who are awkward about themselves and in search of home or love. They are also all escapees of a kind, on the move in the hope of a better life. In ‘The Chameleon House’—a story with hidden surprises—the four young women are guilt stricken, conscientious young South Africans, apologetic for their country’s Apartheid past, and now eking out a living as cleaning women and bartenders—a role reversal that could symbolize expiation of a kind. 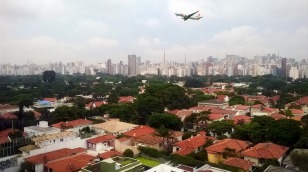 In London, however, they realize their guilt is really of no consequence. This story has, in a cameo role, the interesting Gulbash Singh, the women’s Sikh-Glaswegian landlord with a predilection for astrology. Another cameo role appears in ‘Mask’ in the character of Sandro, the Brazilian doctor who Michelle encounters on her flight from Sao Paulo to Johannesburg. Small and sallow-skinned, Sandro’s goatee (‘bokbaardjie’) might well have been oiled, and there’s the longish yellow nail on his right pinkie.

It’s a bit of a pity that De Villiers doesn’t have more such characters, for there is a sameness to the dilemmas that her narrators find themselves in. In some instances, moreover, the characters remain too shadowy, not clearly etched out enough: the two young men, Mondi and Billy Niemann, who appear at different moments in the story, ‘Security’, are good examples. Nina, the visiting sister in ‘Home’ similarly has a past that remains hazy for the reader.

It is this theme of the Past—and as the narrators of these stories only fleetingly realize, their own pasts—just recently lost, a past that has become history too soon, that permeates De Villiers’ stories. The swiftness of this transition has left a certain ‘bewilderbees’, and De Villiers’ stories vividly capture this strangely fluid and dysfunctional time in South Africa.

Anu Kumar lives in Maryland in the US, and is a recent graduate of the MFA in Writing Program from the Vermont College of Fine Arts. She writes often for publications like scroll.in and the Economic and Political Weekly. Her most recent work of fiction is The Girl Who Ran Away In A Washing Machine And Other Stories (Kitaab, Singapore). 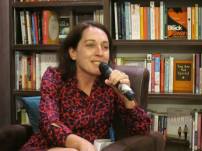 Melissa de Villiers is a South African writer. Her short story collection, The Chameleon House, was published in 2015 and longlisted for the Frank O’Connor International Short Story Award.

Categories: And Other Words..., Reviews & Spotlights on...