Film Africa is now on! The Royal African Society’s annual film festival, returns for its sixth edition, bringing London audiences the best contemporary cinema from across Africa and its diaspora.

The programme showcases 52 films from 22 African countries, including 33 UK and European premieres. Film Africa hosts 23 filmmakers and onscreen talent, who are here in London to present their latest work and take part in Q&As.

Africa in Words will be reviewing a selection of the films showing at Film Africa this year. Here, the Film Africa team preview some of the festival highlights.

Opening this year’s festival was the UK premiere of Kalushi: The Story of Solomon Mahlangu, the debut feature from South African director Mandla Dube, and part of the festival’s strand, Soweto: 40 Years On. Other films in the Soweto: 40 Years On strand include the 1994 musical Sarafina! and documentary Soweto, Times of Wrath, a seething indictment of South Africa’s current political elite.

Fresh from its premiere at the Toronto International Film Festival, Film Africa will close with Wùlu, the auspicious debut feature from Malian director Daouda Coulibaly, which touches on the known yet unspoken dysfunctions behind Mali’s 2012 coup d’etat.

In light of the challenging discourse around migration today, Film Africa presents its flagship strand, Why I’m Here: Stories of Migration. Bringing together a collection of intensely personal stories, the strand will explore the complexities of modern migration and the relationship between self and place. Highlights include the UK premieres of: A Stray from Musa Syeed, set within Minneapolis’ large Somali refugee community; Robin Hunzinger’s To the Forest of Clouds which sensitively records his family’s journey back to the Ivory Coast, the birth place of his wife, using the past to explore whether we can ever truly go home again; and Giulia Amati’s documentary Shashamane – the region in Ethiopia that Emperor Halle Salassie reserved ‘for the black people of the world’ in 1948  – tells the story of those who have returned to live on their forefathers’ land, an exodus that for some has become a haven, but for others a cage with no escape. Those Who Jump, a powerful fly on the wall account of life in a refugee camp on the Spanish / Morocco border filmed by Malian refugee Abou Bakar Sidibé, will also be featured. 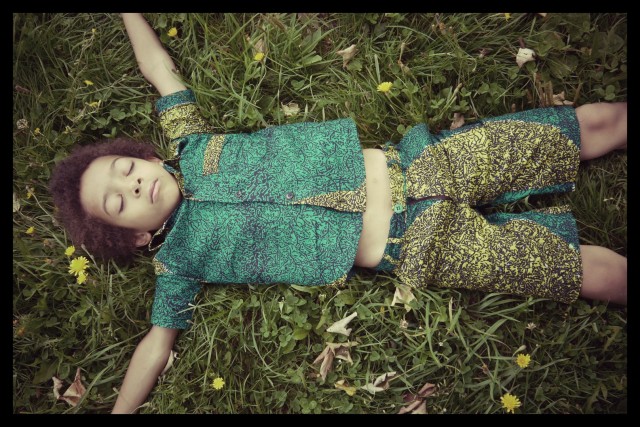 To the Forest of Clouds

Film Africa 2016 will spotlight Nigeria’s rapidly expanding and evolving cinema industry in Nollywood Nights. The strand will present the latest works from three of Nollywood’s most popular directors, including Kunle Afolyan’s The CEO and the European premieres of Niyi Akinmolayan’s The Arbitration and Femi Odugbemi’s Gidi Blues – A Lagos Love Story. 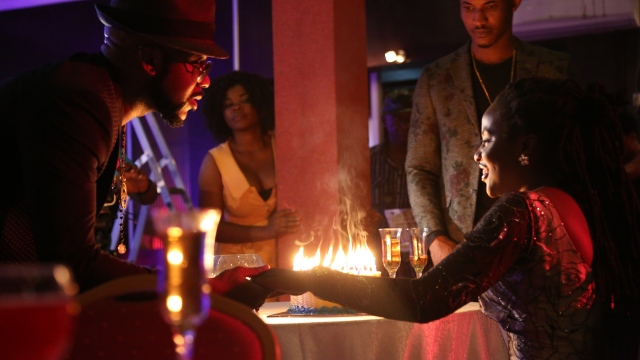 Film Africa’s music strand Sounds of the Continent returns for the third consecutive year with three documentaries celebrating Africa’s rich soundscapes. In the preview screening of Mali Blues, some of the country’s most prominent musicians, including world music star Fatoumata Diawara, discuss their art and the threat they face from Islamic extremists who seized the northern regions in 2012. The Revolution Won’t Be Televised gets under the skin of Senegal’s now infamous political youth resistance movement ‘Y’en a marre’. Following this screening at the Ritzy Cinema in Brixton, the high energy hip-hop crew Keur Gui – among the most popular music artists in Senegal and founders of the resistance movement – will perform live for the first time in the UK. The UK premiere of musical road movie Roaring Abyss documents Ethiopia’s fascinating music traditions and Film Africa will continue this celebration with live music after the screening from some of the country’s foremost artists.

Other stand-outs in this year’s programme include three films fresh from screening at Toronto: the UK premiere of Mbithi Masya’s debut feature Kati Kati – a poetic fantasy that offers a dark reflection on personal atonement in the shadow of Kenya’s violent past. Kati Kati was honoured by the international FIPRESCI jury at Toronto, who described Masya as “an exciting and unique new voice in cinema”; Rahmatou Keïta’s first fiction feature, The Wedding Ring, gives voice to young women of Niger’s Sahelian people who question past ideas of love in an increasingly modern world; plus the documentary debut Hissein Habré, A Chadian Tragedy from one of the most important African filmmakers working today, Mahamat-Saleh Haroun (A Screaming Man, 2010).

Also showing are preview screenings of Amma Assante’s A United Kingdom; the European premiere of Anisia Uzeyman’s psychedelic road movie Dreamstates, which tells the haunting tale of two wayward souls (Saul Williams and Anisia Uzeyman) who discover their love for one another while touring the US with some of the most pivotal figures of the Afro-Punk movement; Tamer El Said’s melancholic love-hate poem to Cairo In the Last Days of the City and Priscilla Anany’s debut feature Children of the Mountain which is set against a picturesque Ghanaian backdrop and gives an honest exploration of a mother’s will in the face of adversity. Another notable documentary is Jonny von Wallström’s The Pearl of Africa, the inspiring story of Ugandan transgender woman Cleopatra Kambugu and her partner Nelson, living out a tender and playful love story against a backdrop of immense transphobic persecution in their native land.

The short film programme this year highlights 12 shorts from seven African countries, which are vying for the 6th Baobab Award for Best Short Film, supported by MOFILM and judged by a panel of industry experts.

Other Film Africa programme features include: The Industry Forum at BFI South Bank, which will look at the emergence and importance of film archives for Africa’s burgeoning film industries; Film Africa Family Day at the Rich Mix and a School Screenings programme, in partnership with Picturehouse Education and Phoenix Cinema; plus a four-day Recreative Film School for budding filmmakers at the South London Gallery.

All images courtesy of Film Africa.

Like Loading...
‹ Us Versus Them: A Review of Safe House
Event: Creating African Fashion Histories conference, 2 November 2016, Brighton ›

Up on Africa in Words now is a dip in and through our site archives and some Februarys past and present. . . We look back at an early piece in 2013 by our founder, Nara Improta, discussing the conservation of archives and manuscript tradition in Mali’s historic city Timbuktu, as well as our recent Instagram Stories on the generous day programme for the ‘JM Coetzee: Scenes from the South’ exhibition launch at Amazwi South African Museum of Literature in Makhanda, and our very own Tom Penfold's AiW review of Jay Pather and Catherine Boulle’s edited collection Acts of Transgression: Contemporary Live Art in South Africa. . . Check out the link in our bio for the full recap! . . 📸: ‘A cache of African manuscripts stored in Abdel Kader Haidara’s home, 2009'- Brent Stirton/Getty Images, NYTimes, April 28, 2016, and pictures taken by our very own Katie Reid and Catherine Knox's photograph of Coetzee, both from the exhibition at the the Amazwi South African Museum of Literature in Makhanda (Grahamstown). . . . . #timbuktu #archives #manuscript #tradition #mali #history #conservation #jmcoetzee #coetzee #birthday #exhibition #amazwi #SouthAfrica #southafricamuseumofliterature #literature #books #bookstagram #grahamstown #catherineknox #actsoftransgression #recap #february #scenesfromthesouth #throwback
We are excited to share that the @timeofthewriter festival will run from 16 - 21 March this year with writers such as @fred_khumalo, @iamkeletso_m, and @siphiwomahala! . . 🖱️Click the link in our bio to find out more! 🖱️ . . 📸: Time of the Writer FB - follow @timeofthewriter for updates . . . #timeofthewriter #universityofkwazulunatal #writersfestival #literaryfestival #festival #fredkhumalo #keletsomopai #siphiwomahala #candicemama #jennifermakumbi #remyngamije #haskashyyan #cynthiajele #shafinaazhassim
The Nigerian actor Tope Tedela and director Akinola Ogunmade-Davies are invited to be part of the Berlinale Talents- the annual summit and networking platform of the Berlin International Film Festival, which takes place Feb 22-27 ✨ . . 📸: The okapi represents the unity and diversity characteristic of the collective in this year’s key visual, developed by Berlin designer Sonja Jobs. . Read the article in our bio for more info! . . @topetedela @akinoladaviesjr @berlinaletalents #berlinale #berlinaletalents #berlinale2020 #topetedela #akinoladaviesjr #film #art #okapi #nigeria #nollywood #nigeriantalent #berlinfilmfestival
"We die. That may be the meaning of life. But we do language. That may be the measure of our lives." - the beloved visionary, Toni Morrison, born on this day in 1931 💜 . . 📸: Francois Guillot / AFP . . . . #tonimorrison #birthday #africanamerican #africanamericanwriters #books #bookstagram #hero #beloved #bibliophile
Our current read is Washington Black by Esi Edugyan 📖 . Set in the 1830s, Washington Black is an epic, historical novel. It begins on a slave plantation in Barbados and transports its young protagonist, Wash, off the island and onto a journey around the world in pursuit of freedom and the man whose approval he so desperately seeks. . . #washingtonblack #barbados #esiedugyan #currentlyreading #bookstagram #books #bibliophile #caribbean #carribeanliterature #1830s
#FridayThinking writing wisdom from Margaret Busby, Ghanaian-born publisher, editor, writer and broadcaster. Busby's Daughters of Africa and her 2019 follow-up New Daughters of Africa have been described as 'indispensible' and 'a landmark'. . . . #margaretbusby #daughtersofafrica #newdaughtersofafrica #busby #wisdom #quote #QuoteOfTheDay #quotes #thoughts #books #bookstagram #thinking #landmark #ghana #africanliterature
My Tweets