WAGADU: A Journal of Transnational Women’s and Gender Studies 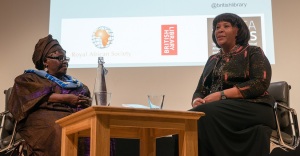 With the new wave of African and African Diasporic women writers, the transnational sphere has enlarged to encompass voices that were at the margins of gender and race hierarchies, and highlight the individual writer within the complexities of relations in and out of national, cultural, religious, gender, and ideological bonds.  While transnationalism, as a term, is as deeply divided and contested as any other ism, its use as a paradigm of engagement is open to elaboration in that it has profound effects on local and global

cultures, the movement of peoples, the relations of power and domination, and intra-gender and inter-gender relations. In such light, how does transnational feminism help redefine and restructure local political activism, strategic engagements with patriarchy, and the power dynamics in the postcolony, to generate alliances across borders? Conceptually, theoretically, and pragmatically, what is the potentiality and trajectory of feminist thought in its trans-portation, transformation, incorporation, and dissemination through the voices of African and African Diasporic women writers?  This special issue of WAGADU is dedicated to exploring the transnational dimension of women writers from Africa and across the African Diaspora. Papers may focus on but are not limited to issues such as:

*   The rethinking and rearticulation of transnational feminist politics
*   The function of heteropatriarchy within the transnational articulation of self-hood
*   The significance and impact of memory and writing in the creation of agency
*   The question of nation and nationhood in the struggles of the postcolony
*   Women as agents of change and producers of knowledge
*   Questions of power across gender, racial, and sexual lines
*   Culture in the local and transnational contexts
*   The metropole, the immigrant and the migrant
*   Sexuality and sexual politics

Catch up on our most recent Words on the Times with the wonderful M Lynx Qualey from @arablitorg via the link in our bio!
The first of these two lovely quotes is from a rich Q&A on the blog with @ChibunduOnuzo with questions from @zahra_banday, who wrote a wonderful review of Sankofa last week. The second is from when we spoke to @littlebrownuk Press Officer & Comms Manager for fab lit mag @AFREADA Kimberley Nyamhondera (@kimberleynyam) to catch her #WordsOnTheTimes.
Happy Friday! This weekend we are reading Sulaiman Addonia's (@sulaimanaddonia) Silence is My Mother Tongue 📚 What are you reading?
An imaginative interplay of myth, race, mixed identity & radical politics, Sankofa (@viragopress) by @chibundu.onuzo is reviewed for us by Zahra Banday. Link is in our bio 📚
We have a lovely Q&A on the blog with filmmaker Ekwa Msangi (@ekwapics) from @uniofexeter students Libby Gervais, Abi Taphouse, James Truscott & Maddy Holmes. They talk culture, immigration, and racism in cinema, and ‘Farewell Amor'. Check it out via the link in our bio 🎬
Catch up with recent #CallsFor & opportunities - academic & creative - in our new roundup post! We hope this will be a useful tool for those on the lookout 👀 Link in bio as always 📰