Home › Other › The Aftermath of War: A Review of the Film Ezra

The Aftermath of War: A Review of the Film Ezra

Newton Aduaka’s Ezra treads a path familiar to Africa’s cinema and literature: the tragedy of child soldiers and of childhoods broken by war. So what’s new?, I hear you ask. Produced in 2007, Ezra, which precedes Beasts of No Nation (October 2015), War Witch (April 2012) and Johnny Mad Dog (November 2008), explores, among other aspects of war, the emotional life of victims. It is, however, the manner of the exploration that stands this film apart from the others.

The film starts with a family scene. At seven, Ezra, the title character, rebels as his sister chastises him. Their mother is lying sick from an undisclosed ailment; still, we, the film’s viewers, hear her beg her daughter to take care of Ezra. Newton’s film is a story of love, loss, hatred, betrayal, faith and fate.

The Third Mainland Bridge in Lagos – Image by Zouzou Wizman

Soon, we see Ezra on his way to school, all alone. He stops to idle across a long bridge, which sits on an endless mass of land. He climbs a step higher on the bridge’s rail and beams a smile at nature, at freedom. This peaceful scene is soon disrupted, however, as Ezra’s school is invaded by rebels shortly after he arrives (late, as usual). From then on, the story changes. Ezra is one of the schoolboys captured, like fishes in a net, and led off into the jungle. In this scene, Aduaka gives the film’s viewers a hint of the horror to come: the march into the belly of the jungle seems like a nightmare journey into the night. We await this horror, like a prey transfixed by a snake’s stare and, casually, horror strikes: a boy screams out loud in terror and gets a bullet in the head. First lesson learnt: this director is not going to play around, is not going to seduce you with horror. “Soldier, you’re going to fight a battle, so you must be ready and willing to die!,” the commandant, fiercely interpreted by Emile Abossolo Mbo, barks out at the young conscripts, now dressed in army regalia.

In his review of Beasts of No Nation, which was released almost ten years after Ezra, Armond White faults the actor, Idris Elba, for romanticizing the role of an extremely deadly rebel commander. “Who knew dictatorial madmen stuck in post-colonial power games like Elba portrays in Beasts could be so hot?” Truly, in Beasts of No Nation, the commandant, apart from all the swagger, does not single-handedly carry out any odious crime against humanity. Moreover, his physical attractiveness may make it difficult for audiences to dislike him. Aduaka, however, seems to understand the dynamics – the rawness of inhumane character that the person of a deadly commander should exhibit. In a scene from Ezra that sees the rebels attempting a revolt against their own leadership, the commandant, after addressing the ‘soldiers’ as they refer to themselves in the camp, shoots one of the boys pointblank for making side-talk.

But the picture is not gory; most of the acts of dehumanization are left to the imagination. The director, then, juxtaposes the present and the past of the next ten years in the life of Ezra, a sort of catching-up of memory. Cameras are handheld, as if to use the shakiness as a metaphor for incoherent memory. The shivers of Ezra in an interrogation room after the war, and the many discombobulate scenarios in the film, happen also in the minds of the audience. Seeing this film is in itself a play on memory. The controversy that goes on in the hearings of the Truth and Reconciliation Commission from the beginning of the film to the end seem designed as an intellectual counterpoint to the violence. Is Aduaka playing smart, or is he, in his style, engaging the audiences’ psychology? I feel it is the latter.

In the wake of the war, a Truth and Reconciliation Commission is set up and Ezra, now 16 and played by Mamoudu Turay Kamara, tries to pin down time and events. The war is ended but, in his head, he fights the most intense part of it: a war of guilt, reconciliation and acceptance. The film’s viewers are shown how he wets his bed from nightmares of past horrific deeds and how he still struggles with hard drugs in the rehabilitation home. Aduaka, here, explores emotional trauma. In the 10 years from the day of Ezra’s capture, much has happened; many waters have passed under the bridge on which he stood that day, admiring the beauty of nature. The waters carry with them the lives of his parents, that of his girlfriend (played by Mamusu Kallon), the tongue of his sister, his childhood and more. Ezra was in the center of it all.

With the rebels, Ezra becomes hardened as stone; he kills without mercy, and one night, the brutality reaches the highest level possible. That night, he and his gang are injected with a drug they call ‘Bubbles’. They visit the village where his parents live. Screams! Fire! Fire! Blood! Blood! Blood! Ashes! And, finally, dust. Against Ezra, the most heinous crime has been committed: his parents, murdered. This is where Aduaka reveals the main act of atrocity that haunts Ezra after the war. Ezra connects events, realizes. Life deals him another blow when only he can answer the question he addresses to everyone else except himself: how did his parents truly die?

His sister, now tongueless, and the jury try to help him do the impossible: confront himself. On January 6, 1999, Ezra, can you remember? 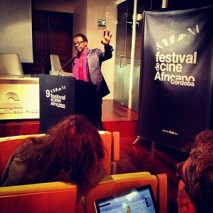 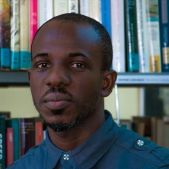 Dare Dan is a freelance writer and a spoken-word poet. He is a member of the Lagos Film Society and writes for Lagos Film Review. His writings have appeared in Naij.com, olisa.tv and musicinafrica.net. He lives in Lagos, Nigeria. Twitter handle: @damilaredan121.