Theatre and Performance have developed along several major lines of enquiry in Africa over the last six decades from responses to the relegation and later restoration of its indigenous forms in the wake of political independence across the continent, to having to re-define the concepts and interpretations of theatre and performance, occasionally in order to calibrate new ideas and emerging trends within the field or as response to developments elsewhere in the world. In the process, African theatre and performance have not only had to re-conxtextualize and reposition itself for its primary audience, it has had to accommodate an ever- expanding discourse and praxis of new forms, theories, and methodologies. While some of the old and new performative and performance territories have been explored and investigated endlessly, others such as Nollywood, KinaUganda and the recent growths of especially women writers and practitioners and of political performances in West and North Africa continue to attract scholarly interest and worthy of further interrogation. The conference, themed ‘Paradigm Shifts in African Theatre and 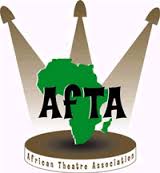 Performance’ aims to track these paradigm shifts from different perspectives, and will be structured around panels/papers/performed presentations that open up far-wider discussions on each sub-theme and the challenges, and connections or their absence regarding the various developments and shifts in theatre and performance in Africa, locally, nationally, regionally, continentally and globally.

You are invited to submit abstracts for the 2016 AfTA Annual International Conference taking place at the University of Abuja, Nigeria. Your topic should address any one or related sub-themes and can be presented in any form; as a paper, workshop, field research notes, discussion, performance, etc.

To submit an abstract or proposal, send up to 250 words on any aspect of the theme or subthemes to
the conference convener Dr. Kwaghkondo Agber at: conferences@africantheatreassociation.org