Of Lagos, startups, cigarettes and prostitutes: a Nigerian writer unveils his literary inspiration

Leye Adenle discusses how an encounter with a sex worker led to him giving her the central role in his first feature-length novel.

This is part of our joint series with the LSE Africa blog: Reflections on African Literature taking place this week alongside the LSE Space for Thought Literary Festival 2016.

Even though my book is about a sex worker, my first encounter with a sex worker did not occur until I was almost thirty. I’d just moved to Lagos to run a business I started with a friend. It was the early stages of our startup and my friend had done a good job of getting the right people interested in us. During that period, I worked more than I’d ever worked in a salaried job, going from offices to clubhouses to heavily guarded mansions to meet with people I’d only seen in newspapers, begging them to invest in us.

It happened early one morning. I’d been out clubbing with an older friend and I ended up staying at his place. About one in the morning he knocked on my door. He was out of cigarettes. I didn’t mind that it was probably just an excuse to go back out. 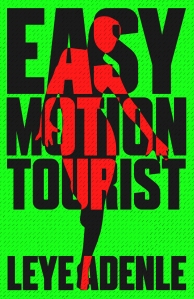 He drove to the only place we could get his particular brand of cigarettes on the island at that time; Sanusi Fafunwa street, the unofficial, yet thriving red light district of Victoria Island. It was the very type of busy, sex-worker-lined, dodgy-nightclub-infected, constantly-at-risk-of-police-invasion place at which I could not afford to be seen.

Oga stopped for me to get out, walk between two parked cars and the prostitutes leaning against them, to get to the young boy minding his tray of sweets, pain killers, cigarettes, and condoms across the gutter. I knew it was going to be rough going in. Every time I’d driven through this street at night, the girls had stepped into my headlights to wave me down, shout ‘honey,’ and even once tossed a white handkerchief into the empty seat beside me. I threw it out when I was a safe distance away and after I’d turned on the interior light and found nothing to explain it. I still don’t have an explanation.

I got out, head bowed, conscious of the cars passing behind me, determined to get the Consulates in record time and be back in the safety of Oga’s car before any of my investors saw me. I didn’t even think what my investors would be doing on Sanusi Fafunwa at that time.

I made it past the few lame attempts to catch my attention. Oga, in the driver’s seat of the big car, looking every bit the distinguished naval officer he was, provided enough diversion for me to make it without event to the lazy street hawker. But there is always that one enterprising girl who won’t let a frown deter her. I was paying for the cigarettes or awaiting my change, when from my side vision I saw her push herself off the red car she’d wiped clean of dust with her short, tight, red dress. As she approached I turned fully to the boy with whom I was doing business, but still she put her fingers on my hand and called me darling – or sugar, or honey, or whatever it was she called me. I was repulsed by it.

I shrugged her hand off without looking and I said something to the effect of, ‘Do not touch me. I’m not interested.’ It was a long time ago, so I’m only paraphrasing.

I finished my tobacco transaction and turned around, cigarettes and change in hand, and there she was, the girl in red, still there, still looking ill balanced in her high-heels, still skinny as a model, her dress still so short I would see her panties if she took a long stride. And she said to me, in that brief moment when I stood frozen, ‘But you did not have to say it like that.’

She was the same prostitute who had touched my hand, but her pretty face framed by a blonde mane had changed. Her entire being had deflated. She was no longer the brazen, sashaying, prostitute who had mistaken me for a willing client. She was a person I’d hurt with my words and my prejudice. She was me, just a different sex and a different set of opportunities. She shamed me that day and now she’s in my book, not as an apology, but as a token homage to the girl who made me see beyond my preconceptions. The girl who helped me see myself through her innocent eyes.

Leye Adenle is an actor and a writer. His first book Easy Motion Tourist will be published in April 2016 by Cassava Republic. Follow him on Twitter @LeyeAdenle. Leye will speak at LSE on Wednesday 24 February on the Imagining Africa Futures panel, part of the LSE Space For Thought Literary Festival 2016. Follow the Festival on Twitter with the hashtag #LSELitFest.