Bare Lit Festival: a literary festival focused entirely on writers of colour to highlight the amazing work being produced by Black, Asian and Minority Ethnic writers.

Organised by Media Diversified, Bare Lit seeks to celebrate the work and achievements of BAME literary voices in the UK. 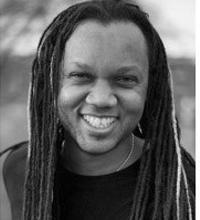 The two-day festival, which takes place on 26 and 27 February in London, offers a lineup of established and new international authors, including novelist Xiaolu Guo, poet Jane Yeh, London’s Young Poet Laureate Selina Nwulu, journalist and fiction author Robin Yassin-Kassab, and many more. Events focus on addressing the question of what it means to be a writer of colour in the 21st century, with performances, panels and conversations such as “Second-Generation Poets in Exile”, “What Does Liberation in Literature Look Like?” and “Sci-Fi vs. Afrofuturism”. Real-time social media coverage of all events will be provided to ensure that people unable to attend can still keep up to date.

Bare Lit’s racially and globally conscious ethos is in part a reaction to the overwhelmingly homogenous view of contemporary writing presented by UK literary festivals. In 2014, only 4% of the 2000-plus authors featured at the UK’s three largest literary festivals came from Black Caribbean, Black African, South Asian or East Asian backgrounds; the other 96% were white.

The creation of Bare Lit is a step toward empowering these voices that are so often silenced in the literary mainstream. As Media Diversified founder Samantha Asumadu states, “We can focus on making mainstream festivals more ‘diverse’ or we can create something magical of our own”. 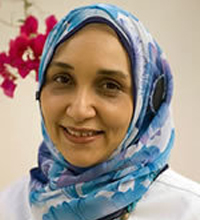 Festival guests have spoken out emphasising the importance of a festival that celebrates authors of colour. “It’s about stories coming from traditions, dynamics and history which the gatekeepers ignore”, says novelist Leila Aboulela.

SFF and speculative fiction author Zen Cho concurs: “As a writer who’s neither white nor British I’m used to sticking out at conventions and publishing events. The stories that fill our heads should reflect the richness and diversity of the world around us. I’m excited to be part of a festival that’s trying to encourage that”.

Likewise, memoirist, essayist and fiction author Haris Durrani says, “In this increasingly volatile sociopolitical climate, we need stories not only written about men       and women of colour, but most importantly by men and women of colour. Bare Lit is one of the few venues out there that is both a platform for readers to see the wonderful work being done by writers of colour and a support structure for those writers to share their stories. This is not merely important work — it’s necessary.”

Bare Lit is the latest of many projects undertaken by Media Diversified to promote the voices of people of colour. The non-profit advocacy organisation’s previous projects include setting up an independent online publishing platform for BAME writers; hosting the live #AllBlackEverything day of discussions and workshops on Black British experiences; and creating the groundbreaking Experts Directory, which enables media outlets to immediately access a comprehensive database of BAME experts from a wide range of professional fields.

Find out more on the Bare Lit Festival website.