Review: ‘Do Not Go Gentle’ 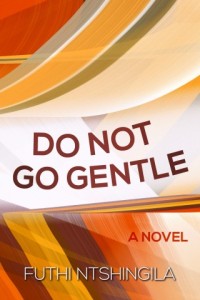 The spread of HIV creates a tense relationship between sex and death. The explicit discussion of the condition raised by Zola through her letter acts to remove the social shame associated with her death. By breaking the silence surrounding the condition, Zola’s last words help to call for an open and honest dialogue concerning HIV/AIDS. This week, Guest Reviewer Danielle Faye Tran reviews Futhi Ntshingila’s second novel.

Do Not Go Gentle (Cape Town: Modjaji Books) tells several stories – with that of Zola’s daughter, Mvelo, at the core – in which a South African community wrestles with the disease and its repercussions. Though its narrative structure is complex, the simplicity of the language employed distills the novel down to the values that are at its centre – those of love, family, and friendship.

Zola is a thirty one year old single mother to her fourteen-year-old daughter, Mvelo. The daily struggle to find enough food and money to survive has led to Mvelo to lose her enthusiasm for singing as her primary focus is now to help care for her visibly sick mother. The reader is informed early on that Zola regularly takes ARVs and is known in her community as ‘the one who is sick with three letters’ (13). The discussion of HIV/AIDS is explored through a rather personal lens, as the reader is introduced to a range of characters affected by the condition and who hold differing approaches in regards to the way in which they digest and voice the subject.

Zola and Mvelo try to protect one another, but they are not always able. Zola encourages her daughter to participate in virginity testing, which is viewed by parents not only as a way of monitoring their child’s sexual activity but also to help prevent girls from ‘keeping quiet’ (13) about sexual abuse. However, when Mvelo is raped, Mvelo chooses not to disclose the events of the rape to her mother but does find a sense of inner strength to take more control over her life and help Zola find peace. This leads Mvelo to confidently advise her mother not to take anymore ARVs, ‘I have to let you go and I am asking you to let go and rest’ (20). Zola responds by telling Mvelo that she can see her daughter’s growing breasts and stomach and asks her to ‘not do anything to harm the life growing inside’ (21). Mvelo gives birth to a girl named Sabekile and on leaving the hospital decides to leave the baby on the doorstep of a house in Manor Gardens. Mvelo’s decision is made with the hope that her child will have the opportunity to live a better life than hers, and is the first independent decision she makes since the passing of her mother.

The novel then shifts in time back to Zola’s youth to highlight the intertwining stories and connection between characters. Zola, a carefree student, falls in love with fellow student, Spora, and hides the pregnancy from her parents. When Spora dies in an automobile accident, precipitating Mvelo’s birth, Zola’s parents disown her. Zola moves in with her Aunt Skwiza, a lively woman who is known as ‘the shebeen queen with a string of taverns across Mkhumbane’ (39). Zola later discovers the news that her parents were killed in a fire. ‘Her father was accused of supporting the wrong political party and a vigilante youth group poured petrol in their house and set it alight with them inside’ (43). The theme of death pervades the text and discriminates against no one. Murder, suicide, illness, and accidental deaths all come together, covering the community in an oppressive cloud where memories of a lost one are never far from the forefront of one’s thought.

Zola has another chance at love when she meets the popular lawyer Sipho, but unsure about his ability to stay faithful, she begins insisting that Sipho take part in regular tests and the use of condoms. Her growing concerns begin to make Sipho feel suffocated within the relationship. He leaves them and takes up with Nonceba, but neither Sipho nor Nonceba are demonized. Over time, Mvelo and Nonceba become good friends and Mvelo admires Nonceba’s love for her African roots. Nonceba even spoke ‘IsiXhosa to her other black colleagues at the law firm’ (63). When Nonceba moves to the US, however, Sipho, (who follows her, but returns when work is hard to come by and is not able to convince Zola to rekindle their relationship) sleeps with numerous women in an attempt to regain a feeling of control and pride, finds that he is HIV positive, and must inform Zola; tests soon confirm her status as well.

With the backstory caught up to the present, Mvelo goes by the house where she left her baby and is relieved to see the white couple caring for her daughter. Frustrated and angry, Mvelo tries to expose her rapist’s crimes, but the shock of seeing her again kills him before she can pursue justice. When Nonceba returns from the US, Mvelo is initially wary, assuming that she, too, has HIV; only when Nonceba’s healthy status is confirmed does Mvelo tell her about the rape and the baby. With the help of Nonceba and her community, Mvelo is able to resume a relationship with Sabekile as well as return to school. Her relationship with Cetshwayo becomes more intimate, and she studies journalism at the University of KwaZulu-Natal.

The end of Do Not Go Gentle offers readers a sense of closure as Mvelo’s childhood of suffering and loss becomes replaced with love and security. Though her journey through adulthood is still ongoing, the narrative ends on a positive tone. The novel’s closing scene is in complete contrast to the beginning of the text. The vulnerable and lonely young girl who was introduced to the reader at the start of the novel is now a confident and intelligent woman. As Mvelo takes greater control over her life, the past is no longer a burden. Rather, the dark times in her history are shown to have helped develop her strength and resilience in a context where loss, pain, and death are uncomfortably familiar. 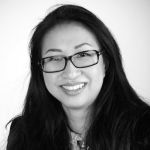 Danielle Faye Tran is currently based at Brunel University London as an Academic Skills Advisor having taught academic writing and language at undergraduate and postgraduate level. She is a Fellow of the Higher Education Academy and her interests include postcolonial literature and teaching and learning in HE.

Like Loading...
‹ Event: Transcending the Past and Reimagining the Future of the South African University, 25 January 2016, London
CfP: The Performance of Pan-Africanism: From Colonial Exhibitions to Black and African Cultural Festivals, 20-22 October 2016, Florida, Deadline: 1 February 2016 ›