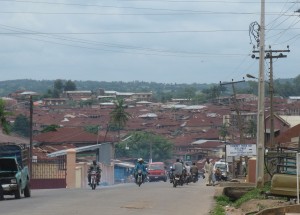 Space has been a central concern of postcolonial studies since the 1978 publication of Said’s Orientalism and its exposition of the ‘imaginative geographies’ of colonial conquest. As Said, citing Gaston Bachelard’s The Poetics of Space, writes, ‘space acquires emotional and even rational sense by a kind of poetic process, whereby the vacant or anonymous reaches of distance are converted into meaning for us here’ (54), indicating the potency of the imperial imaginary in the constitution of a broader conception of space in all of its workings.

Despite this, the spatial turn in postcolonial studies has inadvertently perpetuated what Lefebvre, in The Production of Space (1974), calls the twinned myths of transparency and opacity. Postcolonial inquiries into space have thus viewed spatiality as either metaphorical, following Bhabha’s conception of the ‘Third Space of enunciation’, or, following Said, as an ontologically-given backdrop to action. In both cases, the text remains a passive repository of alternately abstract and materialist visions of space which do not account for its full, lived complexity. It is precisely this dynamic and often-contradictory model of space which this special issue seeks to foreground, with a specific focus on the role of cultural production, particularly literature, in the production of space. Rather than viewing the literary text in passive terms, this special issue seeks contributions which highlight the ways in which literature is both constitutive of and constituted by the spatial structures of the postcolonial. This issue thus seeks to place space back at the centre of postcolonial inquiry, engaging with contemporary spatial theory (Soja, Lefebvre, Doel, Masssey) in order to interrogate the extent to which the postcolonial is itself an inherently spatial formation.

Rather than encouraging contributions which subscribe to either a materialist or discursive orthodoxy in their conception of space, this issue seeks contributions which explore the production of space at the intersection of the political, aesthetic, economic and cultural. Comparative contributions are especially welcome, as are contributions in which geographers such as Harvey, Soja, Massey and Lefebvre stand alongside postcolonial critics such as Said, Bhabha, Mbembe and Huggan. Possible topics and concerns may include:

All finished manuscripts are expected to conform to the standard JPW guidelines. Abstracts of no more than 500 words are due by 15 February 2016 and notification of selection will be made by 15March 2016. Final papers are due in February 2017 and will be subject to peer review. The guest editor encourages potential contributors to establish early contact via email to madhu.krishnan@bristol.ac.uk (Madhu Krishnan).