Home › Announcements, News, & Upcoming › Leading African Publisher to launch in the UK introducing the finest new voices from the continent

Cassava Republic Press, a leading African publishing house, is set to launch in the UK in April 2016 it was announced today. Introducing an eclectic list of quality literary fiction, crime, young adult fiction, children’s books, and romantic fiction under the Ankara Press imprint, the publisher aims to spotlight the vibrancy and diversity of prose by African writers on the continent and in the diaspora.

From Elnathan John’s breathtakingly beautiful Born on a Tuesday which tackles unexplored aspects of friendship, love, trauma and politics in recent Northern Nigerian history and Sarah Ladipo Manyika’s mesmerising Like A Mule Bringing Ice Cream to the Sun, a subtle story about ageing, friendship and loss and the erotic yearnings of an older woman; to the pulsating crime novels Easy Motion Tourist (Leye Adenle) and The Lazurus Effect (H.J. Golokai); and Abubakar Adam Ibrahim’s Season of Crimson Blossoms, a controversial and gripping story of an affair between a devoted Muslim grandmother and a 25-year-old drug dealer and political thug – these books are bound to cause a ripple, and Cassava’s launch list represents an exciting new body of African literature linking writers across different times and spaces and genres.

With headquarters in Abuja, Nigeria and founder Bibi Bakare-Yusuf now based in London, the trailblazing publisher is in a unique position to bring the finest contemporary African writing directly to UK audiences. Bakare-Yusuf is joined by Emma Shercliff, formerly MD of Macmillan English Campus and head of export sales at Hodder Education, bringing a truly international and cross-cultural dynamic to Cassava.

Bibi Bakare-Yusuf said: “It is exciting to be launching Cassava Republic Press in the UK both as an intervention and as an opportunity to introduce the diversity of writings coming out of the continent. What we are doing is unprecedented: an African publishing house establishing a base in the UK after nearly ten years in Africa rather than the reverse. This is the birthing of African publishing onto the world stage.”

Emma Shercliff said: “Having worked with Cassava Republic in Abuja for almost two years, I am delighted to be starting this new venture with Bibi in London. The feedback we have already received from the UK trade has been fantastic; there is a renewed interest in literature from Africa and we feel particularly excited about introducing some very special authors who are already celebrated in Africa, but practically unknown in the UK, to a wider audience.”

In partnership with the British Council as part of their UK/Nigeria 2015-16 programme, Cassava Republic Press will showcase the breadth of talent on the list across UK literature festivals next April. Today’s announcement coincides with a BBC Radio 4 special on the Nigerian literary scene, entitled ‘Writing a New Nigeria’, to be broadcast at 11.30am on Thursday 26th November and Thursday 3rd December, featuring publishers Bibi Bakare-Yusuf and Emma Shercliff and Cassava Republic Press authors Elnathan John, Abubakar Adam Ibrahim and Toni Kan.

About Born on A Tuesday by Elnathan John (April 2016) Told from the deceptively simple perspective of young Dantala, this beautiful novel tackles hitherto unexplored aspects of love, friendship, politics and loss in arguably the most turbulent period of contemporary Northern Nigerian history.

Elnathan John is a Nigerian lawyer who has been writing full-time since 2012. He lives in Abuja, Nigeria. Born on a Tuesday is his first novel.

About Easy Motion Tourist by Leye Adenle (April 2016) Easy Motion Tourist is a compelling crime novel set in contemporary Lagos – pulsating with the rhythms of the city, it reeks of its open drains and entertains from beginning to end. It is a modern thriller featuring a strong female protagonist, prepared to take on the Nigerian criminal world on her own.

Leye Adenle is a Nigerian writer. He has written a number of short stories and flash fiction pieces, including The Assassination, published by Cassava Republic Press in 2013. 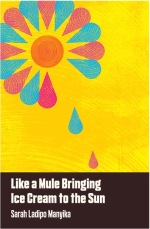 Sarah Ladipo Manyika was raised in Nigeria and has lived in Kenya, France and England. She is currently teaching literature at San Francisco State University. This is her second novel.

About The Lazarus Effect by H.J Golokai (May 2016): An ambitious journalist at the Cape Town magazine Urban launches an investigation under the pretext of an article about missing children to uncover the mystery behind a perplexing vision of a teenage girl.

Hawa Jande Golakai is from Liberia and lives in Monrovia. She writes from her experiences as a refugee, foreigner, scientist and contemporary African nomad, a life that has helped foster an intense passion for crime and thriller fiction.

About Season of Crimson Blossoms by Abubakar Adam Ibrahim (June 2016): Set in conservative Northern Nigeria the salacious affair between a widowed Binta Zubairu and a 25-year-old political thug named Hassan ‘Reza’ reveals layers of human emotions and desires and causes

Abubakar Adam Ibrahim is a Nigerian writer and journalist, his debut short story collection The Whispering Trees was long-listed for the Etisalat Prize for Literature in 2014, with the title story shortlisted for the Caine Prize for African Writing. Abubakar has won the BBC African Performance Prize and the Amatu Braide Prize for Prose.

The Cassava Republic UK Director Emma Shercliff is also a regular author for Africa in Words.  You may read more about publishing African literature in her Q&A with Abubakar Adam Ibrahim and with Bibi Bakare-Yusuf, for example, or in her essay on the Valentine’s Day Anthology published by Ankara Press in 2015.

To kick a new year off, we have a Q&A: Dr. Emmanuel E. Akanwa interviews Gil Ndi-Shang (@gil_but_nihang) on his newest collection, The Radio and Other Stories, published by @SpearsBooks 📻
👋Our Calls for & Opportunities... roundup for November is up! Swipe for more - 🔗link in bio🔗
In prep for the @good_book_appreciation_society Book Cover Design Awards which which were held yesterday, Katie Reid spoke to two of the talented finalists, Casper Schutte (@spookdesignco) and Marius Roux about designing book covers, their nominations, the “acacia tree meme”, & we got some great book recommendations in the process! 📚
The wonderful work of @plugintheatre has made us look back at #LockdownShakespeare @shakespearesouthafrica and our Words on the Times with them last year.
Kagiso Nko, PhD researcher at the University of the Western Cape, reviews 'Anxious Joburg', with the title "Our discomfort, my discomfort".
Review Q&A up on the blog today.