I receive my invitation to Open Book in March 2014. Just the way I like it. It’s a good six months before the Festival and I can mark my calendar accordingly. My itinerary, tickets and accommodation are also arranged at least a month or so before time. In its fourth year, Open Book could teach other literary festivals a lot in this regard.

I arrive in Cape Town on a grey afternoon. There is a slow rain beating the ground. The type that the English are familiar with: that looks like it will drip and drip from the heavens for hours on end. No wonder the English love Cape Town. There is a driver waiting for me who takes me to the hotel. It is there where I have my first hitch. As I check in, I am told to sit down as my room is not ready. I’ve been up since very early morning to catch a 5am flight from Nairobi (since the burnt airport fiasco, international departures are advised to check in three hours in advance). But at least sitting in the lobby gives me a chance to see and chat with retired literary journalist, Maureen Isaacson. After a while though, I realize I may be seated in the lobby for a very long time, so I express concern at the state of my affairs and am given another room. I go up, nap and shower. My room has a book shelf and, as I will find out later, I am lucky as I have works by authors like Murdoch, Hemingway and Shriver while other seem to have Reader’s Digest. The next few days will take all my willpower as I avoid being a biblioklept. 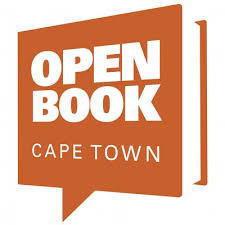 After my shower, it is time to see where all the panel discussions are happening. A small failing on the part of the organizers was not providing a map to writers like myself who are not native Capetonians. Fortunately, one of the hotel staff gives me pretty good directions and I arrive at the main venue which is less than ten minutes walk away from my hotel.

During the festival, the programme runs like clockwork. Ten minutes before every panel discussion, the writers taking part go for a sound check. I have my first panel on Thursday morning and four more across the course of the festival.

In spite of the R40 cost for tickets for each event in the middle of the month, most of the panels I went to as a speaker or audience member were well-attended. My favourite panel as an audience member had Zakes Mda and Ekow Duker discussing their new books, Rachel’s Blue (Kwela) and Dying in New York (Pan Macmillan) respectively. This was facilitated by Dr. Zethu Matebeni of University of Cape Town. It was also the panel that had possibly the most disturbing question of the festival. As a background, both novels have characters who are rapists. Both Mda and Duker mentioned that their rapist characters were shaped the way they are because rapists are not some scary, monster-looking characters but often are people we know, perhaps even people we like. Then the question came, addressed to Zakes Mda from a female audience member: ‘Would you ever rape a woman?’ Although I am sure Mda was as taken aback as the rest of the audience that did a collective catching of breath he answered the question: that he is incapable of getting it up if he is with a woman who does not love and want him back. There was also the usual, ‘I haven’t read your book but…’ which was dealt ably by Dr. Matebeni with a ‘go read the book first.’

Two panels were exceptional for me as a speaker. I enjoyed The Writer’s Rage with Thando Mgqolozana and Mervyn Sloman immensely. In it, Thando and I took on issues we thought the A literary scene is getting wrong. From patronizingly referring to black writers as emerging even after three/four/five books; to publishers failing to recognize that South Africa is in Africa and that perhaps it makes more sense to get books out to the rest of the continent where our stories resonate than to always be rushing to Europe and the US; to literary festivals that don’t budget to pay writers yet they can’t have a literary festival without writers. Another panel I enjoyed being part of was the fun Saturday night quiz panel entitled Would I Lie to You moderated by Ben Williams, where I found myself captaining a team consisting of Niq Mhlongo and Geoff Dyer.  The opposing team had Mike Carey, Imraan Coovadia and Sarah Lotz. We satisfyingly massacred our opponents 7-4 and walked away with trophies reading Best Bullshitter, Open Book 2014.  My team was rightly not convinced that Sarah kept a locket with George R.R.Martin’s image for inspiration (although after their loss, she probably should for luck);  while our opposition didn’t believe that Niq sold duvets for six years and won salesman of the year for five of them (yes.he.did).  Having always managed to be shortlisted for prizes but never having won any, I was proud to net my first literary award, and prove that my teammates and I are better liars and therefore possibly, better novelists 🙂 The trophy now takes pride of place on my bookshelf next to my son’s swimming trophy.

For a literary festival that has only been in existence for four years, Open Book punches way above its weight and has achieved significantly more than literary festivals that have been in existence for longer. Where I think they could improve though is in publicizing the festival to the townships. During the course of the festival, to celebrate 20 years of my publishing house Kwela’s existence, Publishing Manager James Woodhouse took a trip with us to Khayelitsha’s Harare Library where Niq Mhlongo and I donated copies of our books. While there, we found that most people in Khayelitsha were not aware of the festival. Next year, why don’t festival organizers inform the literature departments of local secondary schools in advance so they can save money to attend some of the panels and then give group discounts? This would be a novel way of getting more people to engage with the written word. I also think the organizers should consider having more writers from the African continent at the festival, as this would be invaluable to discussions on intra-African literacy and literary programs.

Zukiswa Wanner is the author of novels The Madams (2006) shortlisted for the K. Sello Duiker Prize; Behind Every Successful Man (2008); Men of the South (2010) shortlisted for Commonwealth Best Book Africa Region and London Cape Town Joburg (2014). Her nonfiction satire Maid in SA: 30 Ways to Leave Your Madam (2013) was received to much laughter and embarrassment by many men and women who have abused their domestic workers financially or otherwise. Her short story, The Dress That Fed the Suit was recently selected as one of the top 20 short stories of South Africa’s 20 years of democracy. Wanner was also selected one of sub-Saharan Africa’s most promising 39 writers under the age of 40 earlier this year.