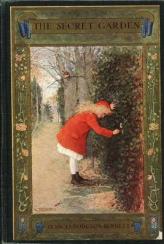 If it has been a long time since you’ve read Frances Hodgson Burnett’s children’s classic The Secret Garden—and if, in the meantime, your memory has been clouded by a series of overly charming movie adaptations—you may have forgotten that the book opens with a shocking scene that is entirely unsuitable for children. The book’s protagonist, Mary Lennox, has grown up in India, the unloved daughter of a weak-willed colonial official and a narcissistic socialite. Mary’s neglectful parents leave her to be raised entirely by servants, failing even to inform their neighbors of her existence. As a result, when a cholera epidemic sweeps through their compound, killing most of the household, the forgotten child is left to wander alone for days, scavenging for food and wondering where all the people have gone. ‘How queer and quiet it is!’ nine-year-old Mary thinks, shortly before a pair of soldiers discover her and bluntly inform her that she is now an orphan and everyone she knows is dead.

Devilskein & Dearlove, Alex Smith’s YA re-imagining of The Secret Garden, is well aware of the darkness at the heart of its predecessor’s otherwise saccharine-sweet cultural presence. The book’s heroine, Erin Dearlove, is a little bit older than Mary Lennox, but she, too, is frighteningly alone in the world—her entire family has been murdered in a home invasion. This fact, introduced early on, may put off some readers, but a single bleakly humorous sentence on the first page pulled me in: ‘[Erin’s] face was scrawny, her sandy amber hair unbrushed, she used convoluted vocabulary with spite, and she never smiled, because she had no parents’. Like Mary Lennox (who is described in The Secret Garden’s opening pages as a ‘tyrannical and selfish…little pig’) the Erin Dearlove we meet at the beginning of the novel is unapologetically nasty. She arrives at her aunt’s Cape Town apartment complex, Van Riebeeck Heights, and immediately offends everyone by lamenting her lo 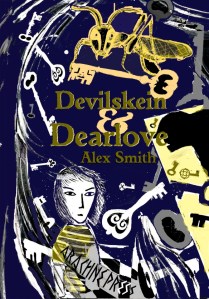 st wealth and loudly claiming to be glad that her parents are no longer around. Lonely, yes, but even angrier at the hand fate has dealt her, she strikes up an unlikely friendship with the cantankerous old man living on the top floor—a man with a reputation among the local children for being a scary old devil.

It’s an arresting set-up, made even more so by the fact that the old man, Mr. Devilskein, is, literally, a devil, whose job is to collect souls for an evil corporation known as The Company. He is eager to harvest Erin’s soul, along with that of Kelwyn, the boy who lives next door. Once the supernatural element is introduced, the book begins to teeter slightly under its own weight. The Company and its creaking machinations force the story forward, but overall, they are a distraction from the interpersonal relationships that give the book its emotional resonance.

And the book is undeniably affecting. For all her bad behavior, Erin is a brave and funny heroine who gets off lots of good lines. (When Devilskein warns her not to snoop about his kitchen, she snaps, ‘I am not domestically inclined. What could your kitchen possibly contain that is more interesting than any other kitchen on the planet?’). Angry female protagonists are still relatively rare in children’s literature, and Erin’s refusal to be comforted by platitudes feels both refreshing and true. It’s also unusual to encounter a book that mixes humor so boldly in with tragedy; most of the novels I’ve encountered that deal with young people recovering from trauma are grindingly serious; Smith, in contrast, is never afraid to risk a joke.

However, Smith does make a surprising choice early on in the novel, one that significantly lessened the book’s impact on me. Erin, it turns out is not a spoiled rich girl, as we are initially led to believe; she is actually a lovely child who comes from a nice, middle-class family. Her ‘bratty’ persona is a defense mechanism that serves to shield her from the full horror of what happened to her. The details of how precisely this works are fuzzy, but in practice this psychologically questionable device serves both to absolve Erin from her misbehavior, in a way that feels too easy, and to flatten her emotional arc. Instead of learning from her mistakes and growing as a person, for much of the novel, Erin has little to do but ‘heal’. This healing is described using earnest therapeutic language that sits uneasily beside the light touch of the book’s opening pages. ‘A psychiatrist friend had told (Erin’s aunt) that in response to the extreme trauma she had suffered, Erin had created an alternative reality for herself’, Smith carefully explains; later, that same psychiatrist friend notes that ‘Physical exercise (helps) prevent depression’, so Erin takes up jogging, gets a tan, and sure enough, starts feeling a whole lot better—and looking prettier, too. To tell the truth, I was much fonder of the troubled, traumatized Erin we meet early on than I was of the sweet, pretty, whole 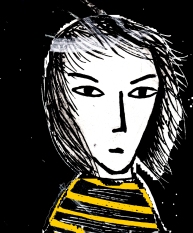 some, and somewhat flat character who replaced her. Smith should have allowed Erin to retain a bit more of her personality as she recovered, not to mention some of her flaws; that would not only have offered a more accurate representation of life in the aftermath of trauma, it would have helped us stay invested during the book’s rollicking, action-packed, but hectically paced ending.

Of course, The Secret Garden doesn’t live up to its opening, either. Once Mary Lennox arrives at Misselthwaite Manor, the book becomes a blatant advertisement for the revivifying health benefits of Good English Air (as opposed to the disease-laden air of the colonies) and Good English Servants (as opposed to slavish Indian servants, who spoil upper-class children by allowing themselves to be slapped). This is the second re-imagining of a Victorian-era children’s classic I’ve read recently—the other was Neil Gaiman’s The Graveyard Book, which takes on Rudyard Kipling—and I can’t help but wish that both novels had been a little more interested in exploring their predecessors’ fascinatingly messy colonial histories. But that might be too much to ask of a YA novel that has already taken on quite a lot; in the end, all Devilskein & Dearlove would have needed to be successful was a story that did justice to the miserable, infuriating, and completely compelling young girl at its heart.

Kristen Roupenian teaches in the History and Literature program at Harvard University.