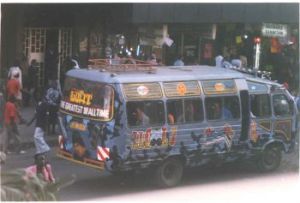 University of Sussex English Professor Steph Newell has been awarded a European Research Council Advanced Grant of 2.2 million euro to lead a five-year survey of contemporary urban life in Africa as revealed in attitudes to and perceptions of “dirt”.

The Cultural Politics of Dirt in Africa, 1880-present (DIRTPOL) is fundamental research that is expected to inform public health policy and practice. This five-year project follows four key themes—colonialism, the environment, sexuality and ethnicity—and examines everyday urban practices in Nairobi and Lagos, with particular attention to the ways in which urban encounters and identities are represented and interpreted through English and local-language categories denoting dirt.

For more details on Project Researcher positions at Kenyatta University and how to apply see here.