Home › Books › Words on… Past & Present: re-presenting Jumoke Verissimo’s review of Elnathan John’s ‘Born on a Tuesday’ – The Truth Outside Context

Words on… Past & Present: re-presenting Jumoke Verissimo’s review of Elnathan John’s ‘Born on a Tuesday’ – The Truth Outside Context

AiW note: This re-post of Jumoke Verissimo’s review of Elnathan John’s Born on a Tuesday (Cassava Republic, 2016), was first published on AiW as part of the celebrations for the launch of Cassava Republic Press in the UK, back on this same day – 13 June – in 2016. It is the fourth and final post in a mini-series running this week on AiW around Verissimo’s own debut novel published last year, A Small Silence (also from Cassava Republic).

Earlier in the week, Verissimo shared her Words on the Times, a Q&A set that offers a space for connection in the experiences of the pandemic, and her responses anticipated those of Guest Reviewer James Yeku, which he gives at the end of his review of Verissimo’s novel, ‘A Box Full of Trauma’, out on AiW on Wednesday 10 June. Yesterday, we re-published Temitayo Olofinlua’s review of A Small Silence – ‘In the Dark’, a Guest review for AiW originally published on 16 September, 2019.

The Truth outside Context: Jumoke Verissimo reviews Elnathan John’s Born on a Tuesday

This review of Elnathan John’s Born on a Tuesday is the first in a series of reviews of books published by Cassava Republic Press that we’ll be running over coming weeks to celebrate the launch of Cassava Republic in the UK.

Born on a Tuesday is set in northern Nigeria. It tells a fractal story of terrorism by exploring the foundational realities of the collective tragedy experienced by Nigerians and the world at large.

Stories like this should generate conversations, as there is a possibility that many northerners may not agree with the author’s conjecture on how terrorism is birthed in the north.

Understandably, societal issues in narratives usually offer diverse perspectives, and there is always that tendency to deal with the escaped animals in the zoo, than the one who actually opened the gate for them to go through.

As John Cheever once wrote, ‘I lie in order to tell a more significant truth.’ In Born on a Tuesday the author’s purpose is to know the one who opened the gate to terrorism, using fiction. Elnathan digs deep into the root of the issue in his novel with a story that reshapes reality through imagination, for the purpose of a deeper, beyond the surface meaning—this is ‘the significant truth.’ And he does this by exploring the consequences of a vulnerable childhood, and its part in bolstering terrorism.

The story of Born on a Tuesday is narrated by Ahmad Dantala, a young almajiri, who leaves to study in an Islamic school that is far from home. We first meet him in Bayan Layi in 2003, where he studies in a Sufi Quranic school until he becomes a member a street gang led by Banda, a political thug. When a police bullet kills Banda in the violence that erupts during an election, he runs away, only to end up in a Salafi mosque, where several events mature him into a loyalist, a desirous lover and a committed friend.

While Elnathan has made religious fundamentalism a pivot for his novel, it does not dictate its direction – language does. Language is the tool that engages class, religious adherence and typifies character evolution. It is used to pass across the message heavy in the mind of the author.

The language is also so simple that it might be easy to disregard it as unimaginative. It is bare, and this could mean the author already knows that the story he is telling has a complicated and jaundiced perception in the media, and he is keen on a sub-rosa profile that will act as a basis for his readers to examine prevailing social realities. From the beginning of the book to the end, the author employs a ‘tell-the-truth-and-make-the-devil-ashamed’ approach, just like his main character, Ahmad Dantala who is also fascinated by the fact that language is a tool for expressing himself, and for the expression of others as well.

Through Dantala’s language, which is depicted in his letter writing, and the introspecting the English translations of news stories on BBC Hausa, we explore the dilemma of the speaker whose mother tongue is not English, but is fascinated with the language:

Sometimes I do not know a word in English and I hear it in Hausa and I understand. Other times there is a Hausa phrase I have never heard before, like Majalisar Dinkin Duniya, which BBC English calls United Nations. If I had not heard the English, I would have translated it to mean ‘Association of Joining the World.’  But then if I had heard United Nations I would have called it Dinkakun Kasashe in Hausa. Words turn into something else when they change from Hausa to English and back. (83) 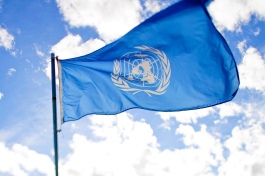 Subtly, the role of language in identity formation, in aligning religion with cultural obligations and poverty, and in the creation of leaders are explored through Dantala’s desire to learn English.

Hence, in narrating a story of Islam’s religious extremism not covered in the media, the story sketches a fictional genesis for northern Nigeria’s religious leadership and followership tragedy, offering readers a chance to follow the untold history of how everyday people end up as broken puppets. In the novel, we see young people struggling with puberty, exploring their sexuality and learning fundamentalism without its theories, in a poverty they lack an awareness of because they are equally unaware of what a better life could be, all of which are the sub-plots of a national tragedy: the birth of an ignorance absolved by religion.

Elnathan’s novel brings us close to realizing that terrorism is made in our backyards. That it is in our politics, bandied around in the ‘uplifting’ teachings in places of worship, as tools for dramatizing the greed of self-serving leaders.

The novel is narrated like a documentary, and even in its setting, the author confronts geography without affinity. This could mean one of two things: here is the power to evoke images that are vivid and impactful, or, this is all you should know that matters.

So, as the blood on the street happens on the pages, and the torture is doled out on Dantala and his colleagues in prison, there is a familiarity that is not wholesome, a haunting presence in the mind that persists even after the book has been dropped. The reader has no name for the places these things happened, other than it being in the north. It however opens up room for larger questions, a visit to interrogate and seek more. This could be the intention of the novelist. 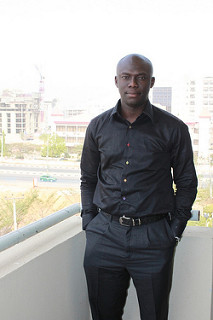 Elnathan – who has been shortlisted twice for the Caine Prize, first in 2013 for ‘Bayan Layi’ and later in 2015 for ‘Flying’ – has always sought to present himself as a truth-hero, a revealer of collective socio-political ills, especially through his sometimes acerbic Twitter rants.

The novel, like Elnathan’s short stories and satirical social media writings, asks questions. It queries its own narrative, its narrator, the narrated-to, the reader and the characters in the book. Each sentence in the book reveals a writer interrogating a perspective and upsetting the reader, to reveal something that has been heard, known or repressed. The novelist knows he is telling an ordinary story, and he does not try to tell it in a new way either, so he makes everyone a stakeholder in the narrative. This is why the use of a simple yet serious story garners a dynamism that collects our conscience and fears into one book.

Born on a Tuesday is a book that deserves to be read.

Elnathan John is a Nigerian writer and one of Nigeria’s most well-known contemporary satirists. He has twice been shortlisted for the prestigious Caine Prize for African Writing (2013 & 2015). His writing has been published in Per Contra, Evergreen Review and Chimurenga’s The Chronic. Born on a Tuesday, his debut novel, won the Betty Trask Award 2017. He was one of the judges for the 2019 Man Booker International Prize.

Jumoke Verissimo writes poetry, fiction, and creative non-fiction. She is the author of two collections of poetry, i am memory (Dada Books, 2009) and The Birth of Illusion (Fullpoint, 2015). She has also published a chapbook with Saraba Magazine, titled Epiphanies (2015). Her poetry has been translated into French, Chinese, Japanese, Macedonian, and Norwegian. Jumoke is currently enrolled in a Ph.D. programme in the Department of English and Film Studies at the University of Alberta, Canada. A Small Silence is her debut novel.@awapointe.

Elnathan John’s Born on a Tuesday (2016) and Jumoke Verissimo’s A Small Silence (2019) are published by Cassava Republic Press and available to buy on their website: https://cassavarepublic.biz/.

Wind your way back through this week’s AiW #PastAndPresent of Verissimo’s A Small Silence, through to her own Words on the Times –beginning with yesterday’s repost of Temitayo Olofinlua’s review of Verissimo’s debut, originally published on AiW on 16 September 2019, ‘In the Dark’; on Wednesday 10 June, we published James Yeku’s review, ‘A Box Full of Trauma’, which includes his responses to the Words on the Times Q&A. Both Yeku’s and Verissimo’s Words talk about the continuing significance of literature and books as support through the changing spaces and times of now.

And for more Words on the Times from more voices, see the blog category here.

Like Loading...
‹ Words on… Past & Present: re-presenting Temitayo Olofinlua’s review of Jumoke Verissimo’s ‘A Small Silence’ – In the Dark
Q&A:Words on the Times – Terry Kurgan ›

In case you missed it, check out our wrap up of February's news from the African literary and cultural world via the link in our bio! ⚡
Happy new month! This week we are reading Hadithi & The State of Black Speculative Fiction by Eugen Bacon and Milton Davis, published by @lunapresspublishing 🌌
This week we are celebrating the South African release of 'They Called You Dambudzo: A Memoir' by Flora Veit-Wild (@jacanamedia). We kicked it off with a review of the book by @lizzyattree which you can read via the link in our bio!
On the blog now, Kwame Osei-Poku writes a review of the collection Limbe to Lagos: Nonfiction From Cameroon and Nigeria (@the.mantle, @bakwabooks), compiled by Dami Ajayi, Dzekashu MacViban (@dzekashu_macviban), and Emmanuel Iduma (@emmaiduma). To read, the link is in our bio!
A new review is up on the blog by Thulani Angoma-Mzini! "Got my hair, got my head: A review of 'Living While Feminist: Our Bodies, Our Truths'" - edited by Jen Thorpe, published by Kwela Books (2020) @nbpublishers. Link is in our bio 🌟
Catching up on the last month's African literary and cultural goings-on is our AiW news and January’s wrap. Ft. @BakwaBooks, @TeaHouseMagazine, @ikontinental, @kalafpalanga, @AfricaWritesUK, @Radioactive_Hub, @NiqMhlongo, @agbowoart, @LunarisReview & more. It was a lit month! Link is in our bio ⚡