Afropolitanism currently inflects many academic and popular conversations about African literature. The term is mobilized to celebrate African influence in the world and to characterize the proliferation of African literature that is disconnected from the daily lives of average people residing on the continent. It refuses victimhood for Africans in the wake of patronizing representations by the likes of CNN, BBC, and KONY 2012 and sells a version of Africa ready-made for western reading tastes.  It represents a formidable ideology formulated by Achille Mbembe, among others, and a way to sell $30 novelty T-shirts to American hipsters. In short, Afropolitanism is contradictory and controversial: it is liberating but confining, African but western-orientated, and academic but steeped in popular culture.

This collection intends to intervene in numerous debates about Afropolitan literature, especially in relation to its worldliness and cosmopolitanism. By addressing the theoretical foundations established by Mbembe and Gikandi, as well as popular usages by writers like Helon Habila and Taiye Selasi, Afropolitan Literature as World Literature will address a variety of discourses that have thrust Afropolitanism into a vital role in discussions of both African literature and World Literature, the latter itself a persistent and controversial contemporary interlocutor. 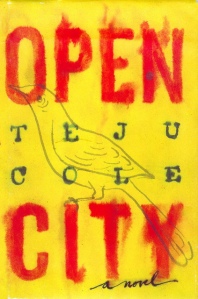 To wit, we welcome articles on the most prominent Afropolitan authors, such as Chimamanda Adichie, Teju Cole and NoViolet Bulawayo, but we also invite theoretical interventions and articles that consider less prominent or emerging writers and texts. Papers that explore the following questions (as well as others) surrounding Afropolitan literature and its relationship to World Literature are particularly sought:

How should the issue of translation, whether linguistic or cultural, as a major preoccupation of World Literature, inform discussions of Afropolitanism?

Afropolitanism is criticized at times for commodifying Africanness for easy consumption. While Afropolitans have invited some of these critiques, what is lost in these often hasty and polemic rebukes of the most circulated literary representations of Africans?

Many authors who write about Africa balk at being characterized as an “African writer” because of the restrictions they see inherent in the term. Is the term Afropolitan a similar constraint or does its global pretensions, while maintaining a connection to Africa, provide a broad enough framework to overcome the fear of narrow pigeonholing?

Much of the attention on Afropolitanism centers on politics, gender, geography, and representation but what formal qualities also help define it? Is there an Afropolitan aesthetic?

Afropolitanism is often accused of being non-political and eschewing previous ideologies, such as Pan-Africanism and Afropessimism. However, Wole Soyinka and others have pointed out that an African literature that is ideology-eschewing is itself ideological. How can we reimagine the so-called non-political nature of Afropolitan literature as explicitly political?

Abstracts (300-500 words) for proposed articles should be submitted by August 1, 2017 to the editor of the proposed collection, James Hodapp, at jh53@aub.edu.lb.   By August 20, potential contributors will be contacted regarding the status of their abstract. The proposal for this collection, entitled Afropolitan Literature as World Literature, was invited by Bloomsbury Publishing’s “Literatures as World Literature” series for inclusion in the series (https://goo.gl/ECdoFl). Ultimately, articles should be between 6000 and 8000 words including notes, and are due December 1, 2017.  All articles will be peer reviewed.  Please feel free to contact the editor early and ask send any questions about the collection.