Teju Cole: Black on All Sides 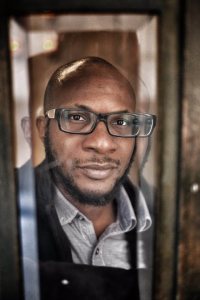 Decolonising Our Minds are pleased to welcome Teju Cole, world-renowned writer, art historian and photographer, for a talk at the Institute of Education on March 22nd, entitled “Black on All Sides”. We’re delighted to have the SOAS Palestine Society and Spoken Word Society co-hosting and supporting the event.

Cole was born in the US to Nigerian parents, and raised in Nigeria. He currently lives in Brooklyn, and is the Distinguished Writer in Residence at Bard College and photography critic of the New York Times Magazine. He is the author of two books: Every Day is for the Thief, named a book of the year by the New York Times, the Globe and Mail, NPR, and the Telegraph, and shortlisted for the PEN/Open Book Award; and Open City, which also featured on numerous book of the year lists, and won the PEN/Hemingway Award, the New York City Book Award for Fiction, the Rosenthal Award of the American Academy of Arts and Letters, and the Internationaler Literaturpreis.

Cole has also contributed to the New York Times, the New Yorker, Granta, and several other magazines. His forthcoming book is Known and Strange Things, a collection of essays. His photography has been exhibited in India, Iceland, and the US, published in a number of journals, and will be the subject of a solo exhibition in Italy in April 2016.

After the talk and a Q&A session, there will be an opportunity for book signing. Please note that registration is required and tickets are £5.